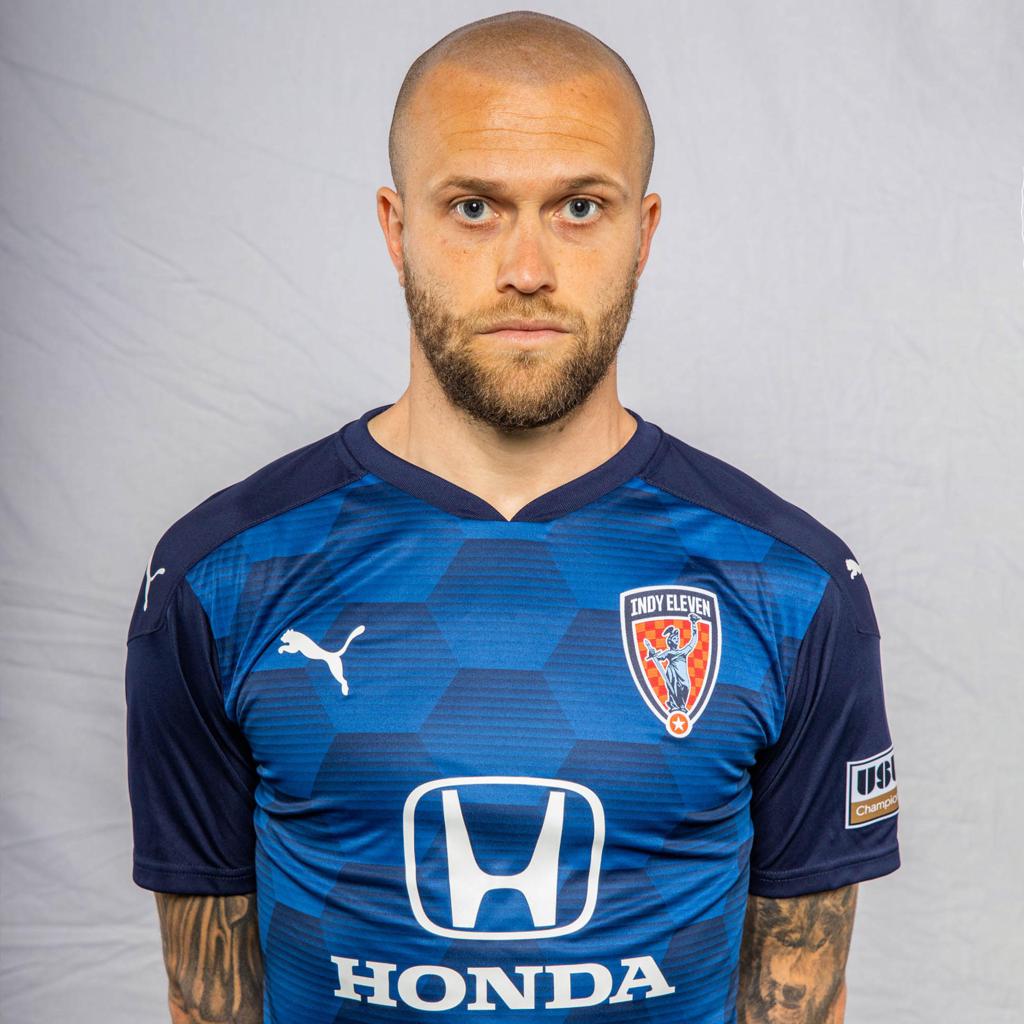 Indy Eleven continued to bring experience into its midfield corps today with the signing of English soccer veteran Nicky Law to the squad. Terms of the contract that bring the midfielder with over 500 appearances in the top divisions of English and Scottish football to the Circle City will not be announced, per club policy.

Indy Eleven will mark the 32-year-old Law’s first stop outside of Great Britain in his now 15-year career, a tenure concluding just hours ago when he captained his Exeter City F.C. squad during his final match in England’s SkyBet League Two. In all, Law has bagged 76 goals and contributed 111 assists during an astounding 562 appearances across seven leagues and 11 official cup and playoff competitions in Europe.

“Nicky Law is a powerful, dynamic midfielder with excellent experience and great quality. Throughout his career he has been a top performer at many high-profile clubs, and he has consistently scored and created goals at all of them,” said Indy Eleven Head Coach Martin Rennie. We are very happy to have Nicky on the roster, as we believe he can be a very influential player and help control the tempo of the game from midfield.”

Law’s comprehensive career across the pond began with four appearances as a member of Rotherham United in their 2006/07 campaign. Loans with Yeovil Town and (2007) and twice with Bradford City (2007, 2008/09) saw Law get minutes in English League One & League Two campaigns prior to a permanent move to League Two’s Rotterham United, where his place atop the league’s assist charts led to him twice being named to the League Two Team of the Year for 2009/10 and 2010/11.

Law would move on to Scotland for the following five seasons, split between Scottish Premier League side Motherwell, where he would appear for the squad in UEFA Champions League play, and legendary side Rangers F.C., which he helped lead back to the SPL from its banishment to the fourth tier across his three seasons at Ibrox Stadium from 2013-2016.

From there, it was back to England and Bradford City for two more League One campaigns from 2016-2018 before landing at Exeter City. In his two-and-a-half seasons of League Two action for the Grecians, Law collected 20 goals and 18 assists in 105 appearances.