The Brickyard Battalion (BYB) and its affiliate group members’ mission is to create an inspiring fan environment and a groundswell of support for Indy Eleven.  If you want to be a part of the 2,000 supporters filling the supporter section at every Indy Eleven game in 2018.

Please note the Brickyard Battalion is a general admission, standing, supporters section featuring drums, banners, and other active displays of team support. Fans are encouraged to participate in songs and chants to help in actively supporting the team.

Joining the more than 4,000 card-carrying members of the Brickyard Battalion and taking advantage of discounts at 15 area businesses couldn't be easier. While membership is free of charge, the BYB asks that all members help the cause by purchasing a Brickyard Battalion scarf or other merchandise.

The Brickyard Battalion is an independent not-for-profit organization; all proceeds go toward building the BYB movement including community activities, supporter trips, and Battalion gatherings.

More than a dozen active Brickyard Battalion affiliate chapters spread from Fort Wayne to the Ohio River - and now even overseas to Cologne, Germany - giving credence to Indy Eleven's claim as Indiana's Team in the World's Game. Click here to get more information on the chapter nearest you, including links to their social media homes so you can keep tabs on how to best support Indy Eleven and the sport of soccer in your area.

Grassroots support for professional soccer in Indianapolis was established August 3, 2011, with the creation of The Brickyard Battalion supporters group. Its volunteer leadership has contributed countless hours to promote soccer and helped lay the foundation for a professional soccer team in Indianapolis. The Brickyard Battalion board has eight members, while the supporters group now has more than a dozen official affiliate chapters located across the state of Indiana and over 4,000 members committed to supporting the success of Indy Eleven.

The origin of the Brickyard Battalion moniker came from the group’s promotion of the name Racing Indy FC for a potential team, for which they mocked up a uniform design and created and sold their own supporters scarves. While that name did not pan out, the Brickyard Battalion played a critical role in the successful launch of Indy Eleven. Two thousand fans now fill the BYB’s North End at Lucas Oil Stadium at every Indy Eleven match, creating the strongest and loudest supporters group in the United Soccer League - and one of the largest and passionate groups in all of North American soccer at any level.

Don't wait to become part of the best fan experience in Indianapolis sports - brush up on the chants and songs, get your free BYB membership! 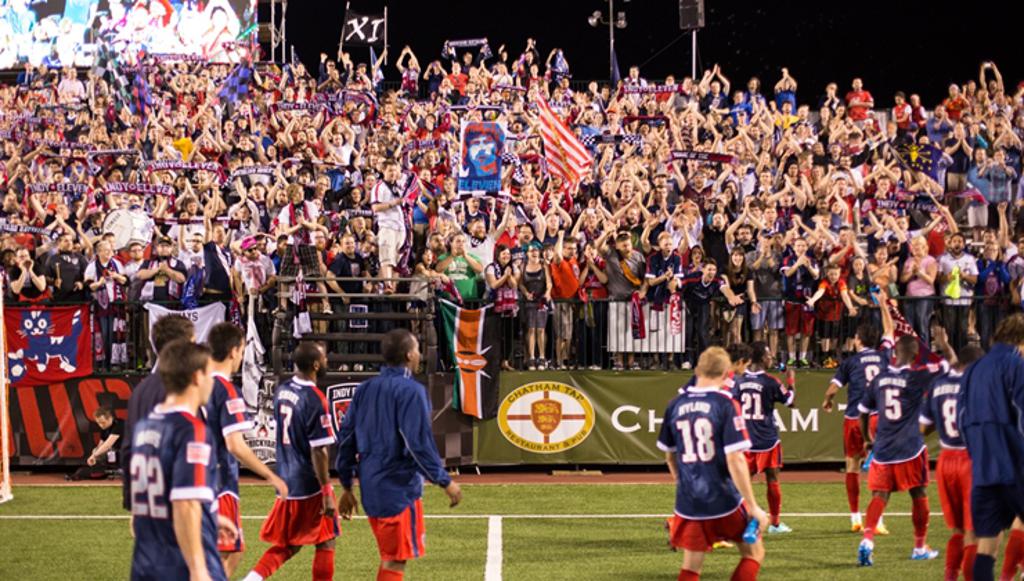