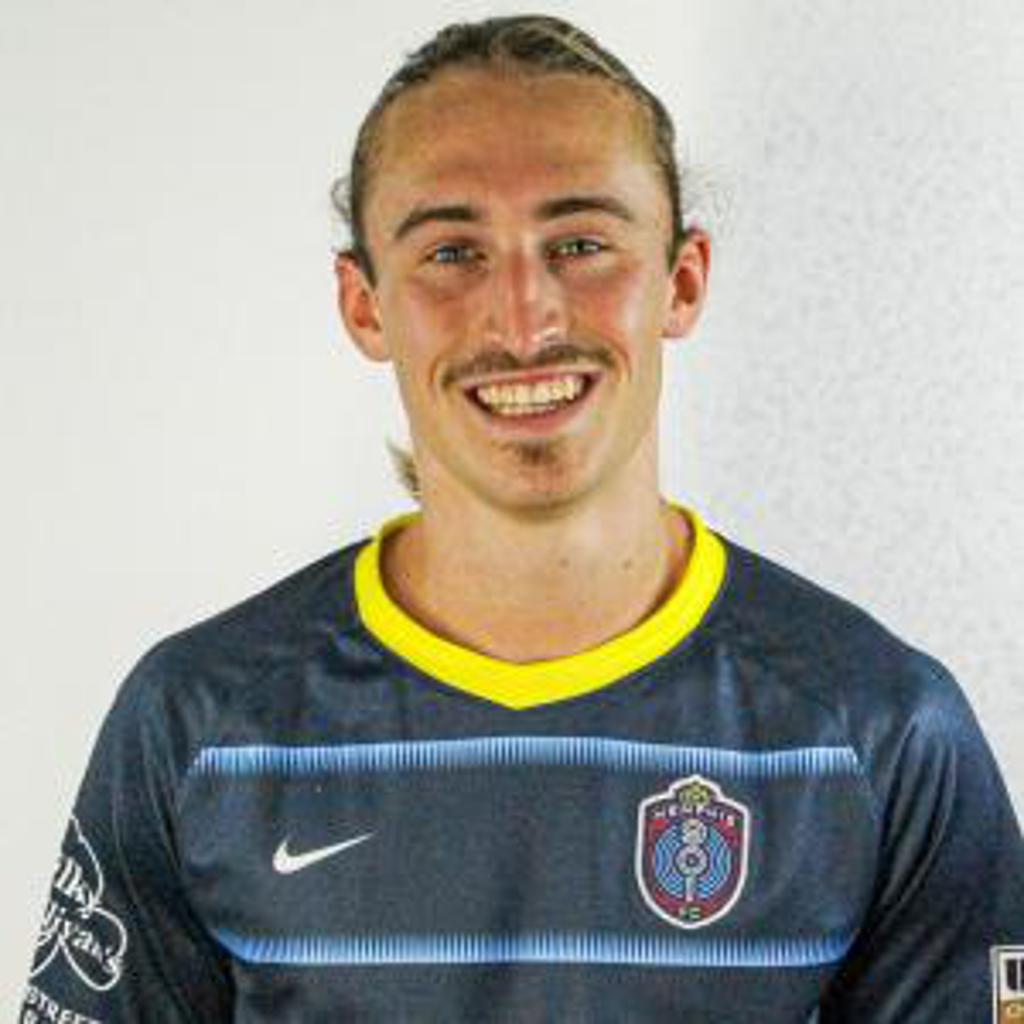 Indy Eleven made forward Cal Jennings the team's first new signing of the 2020/21 offseason, inking the ex-Memphis 901 FC leading scorer - and one of college soccer’s most prolific goal scorers in recent years - to a contract on Dec. 4, 2020.

The 23-year-old Jennings notched nine goals and one assist across his 14 appearances (five starts) during his rookie season with Memphis 901 FC in 2020. The center forward earned a move into the starting XI late in the season and more than proved his worth once there, scoring eight times in Memphis’ final four games. Three of those four matches saw the Atlanta native notch multiple goals, including a season-ending hat trick against post-season bound Birmingham Legion FC in their Oct. 3 season finale that earned him the league’s Player of the Week honor for Week 15.

Jennings enjoyed a standout collegiate career at the University of Central Florida from 2016-19, compiling 46 goals and 16 assists across 64 appearances. Jennings’ 20 goals as a junior in 2018 were the second most in the NCAA and an American Athletic Conference (AAC) single-season record, which he followed by scoring a national co-leading 18 goals in his senior season in 2019.  ­­His impressive offensive output helped him earn the AAC Offensive Player of the Year Award in 2019 and All-AAC First-Team and United Soccer Coaches First Team All-American nods and a spot as a MAC Hermann Trophy semifinalist in both 2018 and 2019. Jennings was drafted in the first round (17th overall) of January’s 2020 MLS SuperDraft before beginning his professional career by signing with Memphis 901 FC in July.

“I'm extremely excited to get started with Indy Eleven. From the professionalism of the club to the quality of the people I've met so far within the organization I'm sure this will be a great fit,” said Jennings. “I'm looking forward to interacting with the fans and serving this club and my teammates to the best of my ability.”