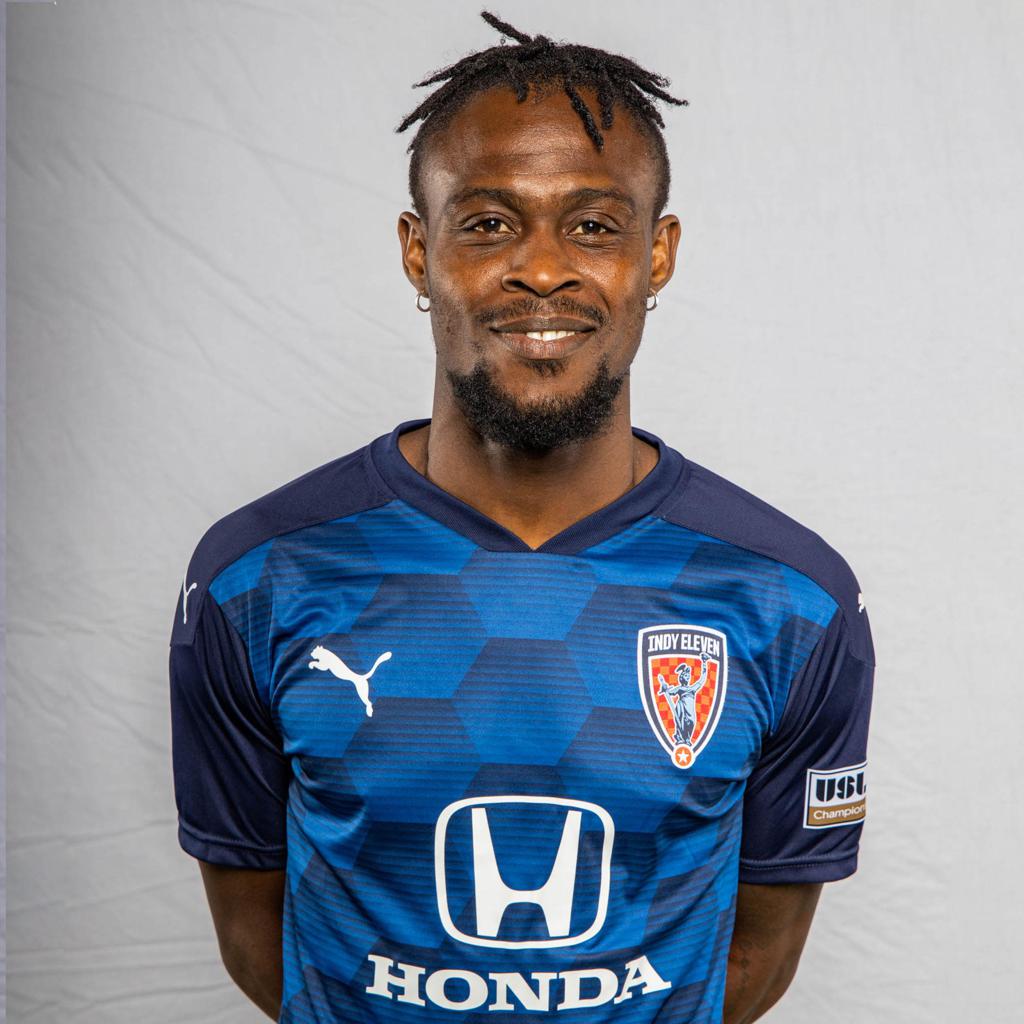 Indy Eleven bolstered its midfield ahead of the 2021 season with its Jan. 29th signing of Gershon Koffie. Terms of the contract that bring the 29-year-old Ghanaian midfielder to the Circle City will not be released, per club policy.

After beginning his professional career at the age of 15 in his native Ghana with International Allies (2006-09), Koffie began his North American journey in the sport by signing with Vancouver Whitecaps in 2010, the club’s last season in second division play. Koffie not only made the leap to MLS with Whitecaps FC the following season, but he became a mainstay, leaving in 2015 as the Canadian club’s leader at the time with 133 career appearances (nine goals).

Koffie's signing reunites him with Eleven Head Coach Martin Rennie, who managed the native of Koforidua, Ghana, in Vancouver for the 2012 and 2013 MLS campaigns. The industrious midfielder’s most productive offensive seasons of his now 15-year professional career came under Rennie’s watch, as he bagged three goals in both of his new head coach’s two full seasons at VWFC.

A trade in early 2016 resulted in a two-year tenure with the New England Revolution, the second season coming as part of a loan agreement with Swedish side Hammarby IF. In total, Koffie tallied nine goals and 11 assists during 178 regular season appearances (156 starts) across his seven MLS seasons in Vancouver and New England from 2011-17.

After starting 2018 back in Sweden with Hammarby, Koffie spent his most recent seasons in the world’s game in the Middle East with Kuwaiti Premier League squad Al-Fahaheel Sporting Club (2018-19) and Hapoel Kfar Saba F.C. in the Israeli Premier League (2019-20).

Koffie: “I am appreciative of the opportunity with Indy Eleven and am happy to join the family and get to work in achieving our goals together."

Rennie: “We are very happy to add Gershon to our squad for the 2021 season. He is an excellent central midfield player that has many years of top-level experience in Major League Soccer and throughout the world. I am excited to work with Gershon again and I am sure he will add a lot to our team on the field as well as in our community.”