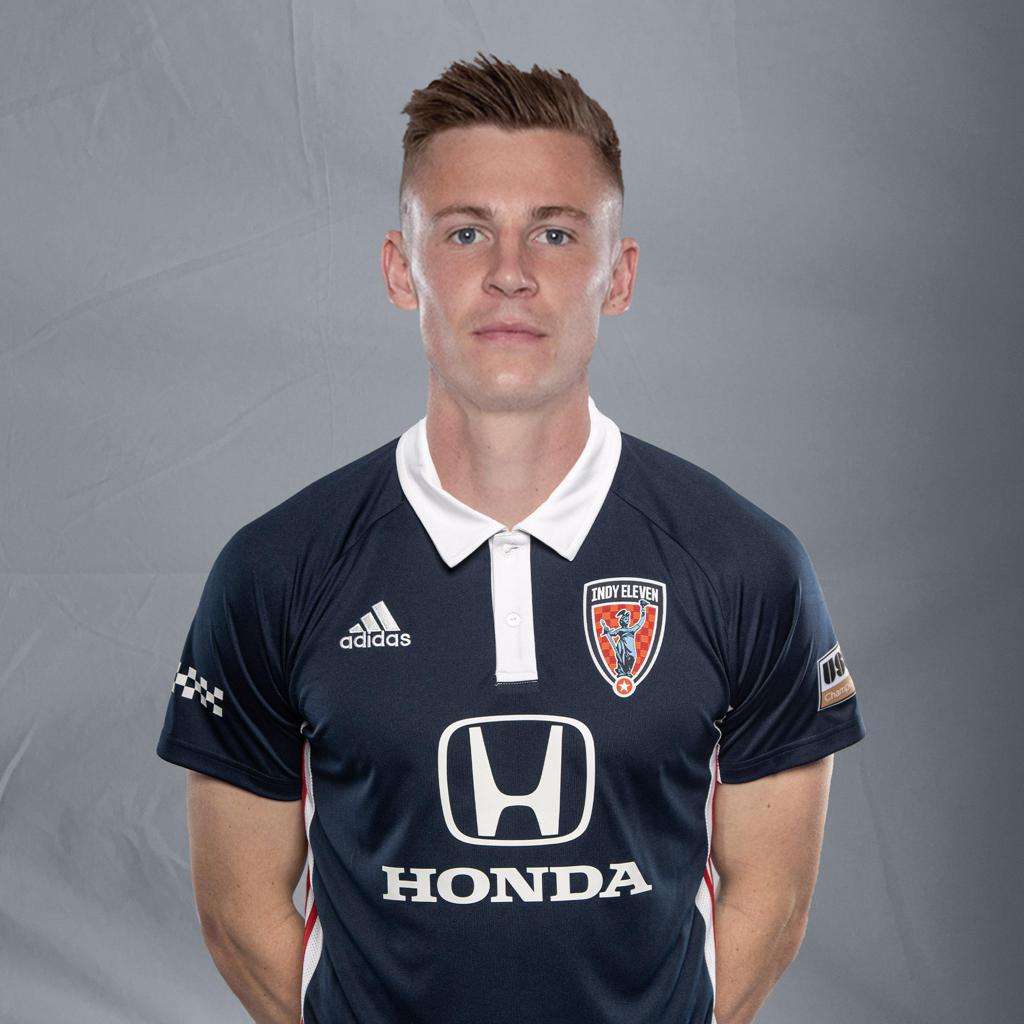 Indy Eleven welcomed another international player with North American soccer pedigree with today’s signing of German forward Gordon Wild. Details of the contract that brings the 25-year-old attacker to Indiana’s Team will not be released, per club policy.

Wild began his pro career in 2018 after being selected the 2018 MLS SuperDraft by Atlanta United FC, which loaned the rookie to USL Championship side Charleston Battery. As a teammate of current Eleven defender Neveal Hackshaw that season, Wild contributed seven goals and three assists for the Battery across 20 starts for the club.

After beginning 2019 back with Atlanta United, Wild signed midseason with another MLS squad in D.C. United. A loan to Loudoun United FC paid huge dividends for both the USL Championship expansion side and Wild, who scored ten times in just 16 appearances across the final half of the season. When factoring in his 18 goals and six assists overall across 2018-19, Wild averaged a goal or assist every 150 minutes of play in his two seasons of USL Championship action.

That performance earned Wild a third MLS contract in 2020 with LA Galaxy, his standout moment for the Southern California side coming when he assisted Javier “Chicharito” Hernandez’s first MLS goal against Portland Timbers FC in their MLS is Back Tournament opener last July in Orlando.

Prior to turning professional, the youth product of German Bundesliga regular Mainz 05 spent two seasons at the University of Maryland, where he collected 22 goals and seven assists. A standout 2016 sophomore campaign (17 goals, five assists) earned Wild ample accolades including Big Ten Conference Offensive Player of the Year, First Team All-Big Ten and the Big Ten Tournament Most Valuable Offensive Player. Prior to joining Maryland, Wild averaged over a goal per game (16 goals in 15 appearances) during his 2015 freshman season at the University of South Carolina-Upstate.

Coach Martin Rennie: “We’ve had our eyes on Gordon the last few seasons and are glad to bring him into the squad for 2021,” stated Indy Eleven Head Coach Martin Rennie. “While he already has quite the track record as a goal scorer in our league, we think the potential is there for him to raise his level even higher. He’s a determined, hard-working player that we expect will contribute a lot in the attacking half of the field.”

Gordon Wild: “I am looking forward to joining Indy Eleven for the upcoming season and want to thank Head Coach Martin Rennie for this opportunity. After good conversations with him over the course of this offseason, this feels like the right step for me,” said Wild. “I really like what Martin is building here with Indy Eleven and I want to contribute to it with my talent and goal scoring ability. I hope the team and the fans will be able to share great moments together this season.”