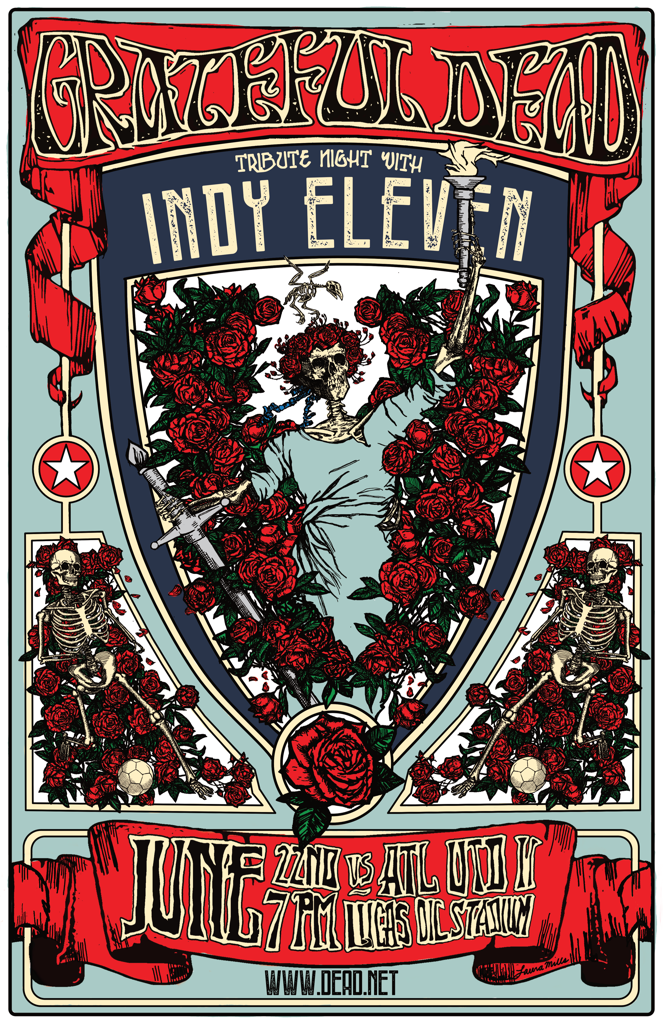 All items are in limited quantities.

For more information on everything Grateful Dead, visit Dead.net 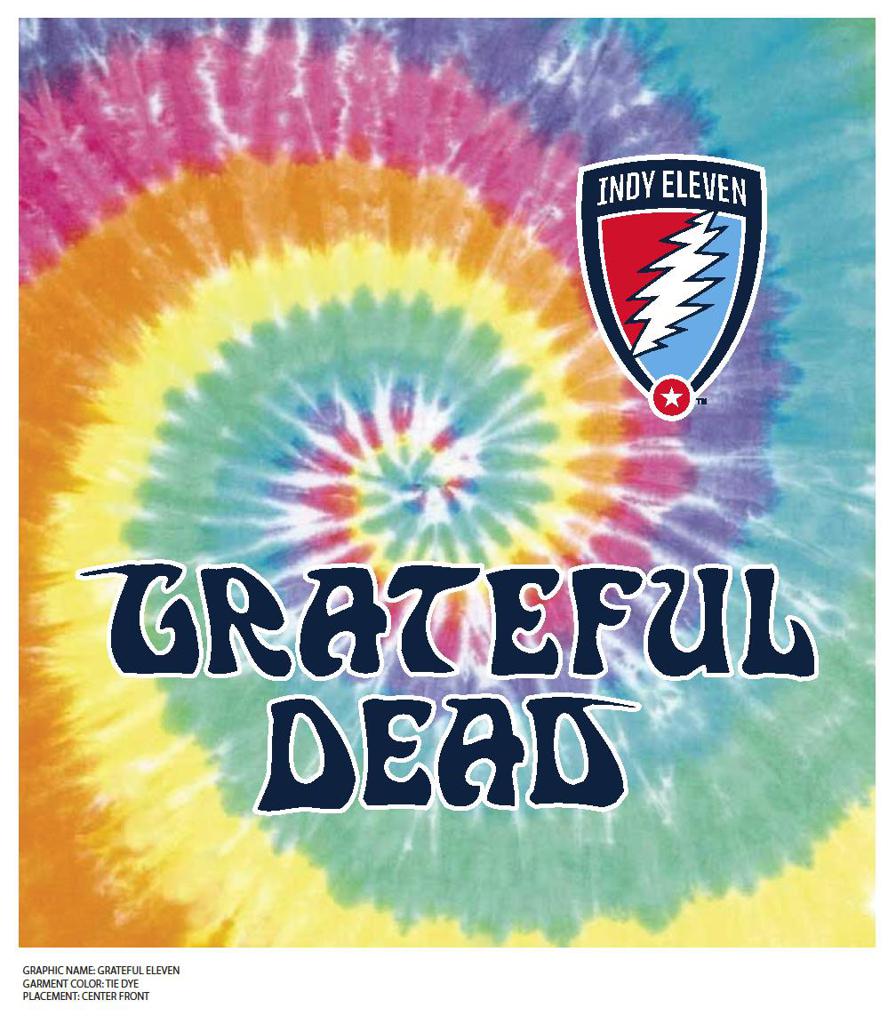 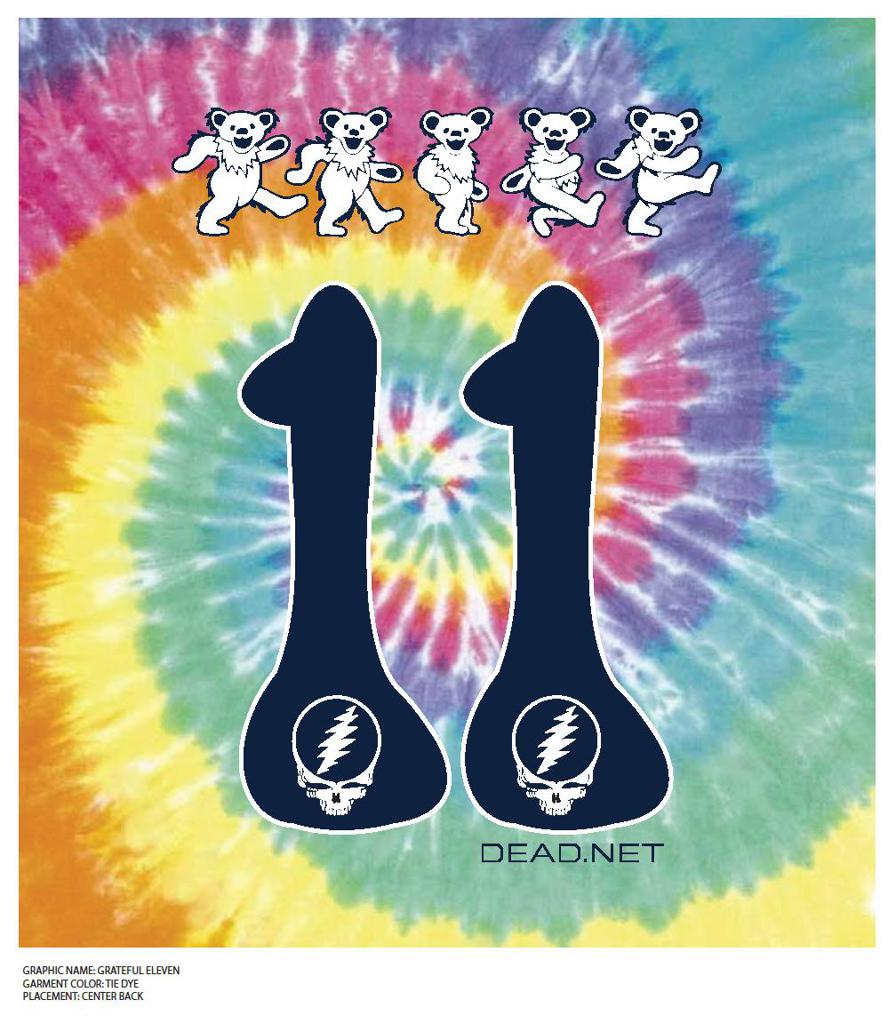 Calling all Dead Heads! The same band who wrote “The Eleven” and Indy Eleven are teaming up for “A Grateful Evening” – the first such celebration of the Grateful Dead hosted by ANY soccer team worldwide.

For its next home game on Saturday, June 22, Indy Eleven’s fans can join in the tribute of the iconic band by purchasing a special ticket package to the 7:00 p.m. match at Lucas Oil Stadium versus Atlanta United 2.  Fans who purchase the Dead-themed ticket package can select between a Grateful Dead/Indy Eleven Split Scarf, a Premium Concert-style Game Poster, or a combination of both, with all items featuring the iconography of the Grateful Dead and Indiana’s Team.

Fans attending the June 22 match can get ready at the Indy Eleven “Shakedown” Tailgate in the shadows of Lucas Oil Stadium, presented by The Mousetrap Bar & Grill. The tailgate concert in the Jobsite Supply Lot – located on Missouri Street across the stadium’s southwest gate – will start at 5:00 p.m. and feature  Indy-based band Starcat playing the music of the Grateful Dead and Jerry Garcia Band. 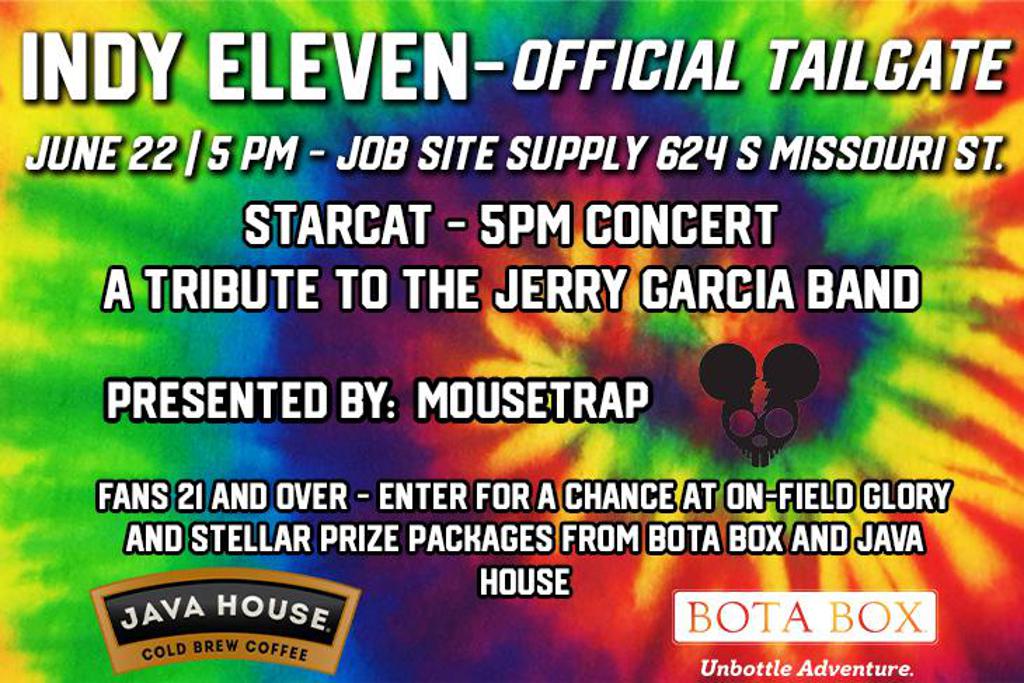