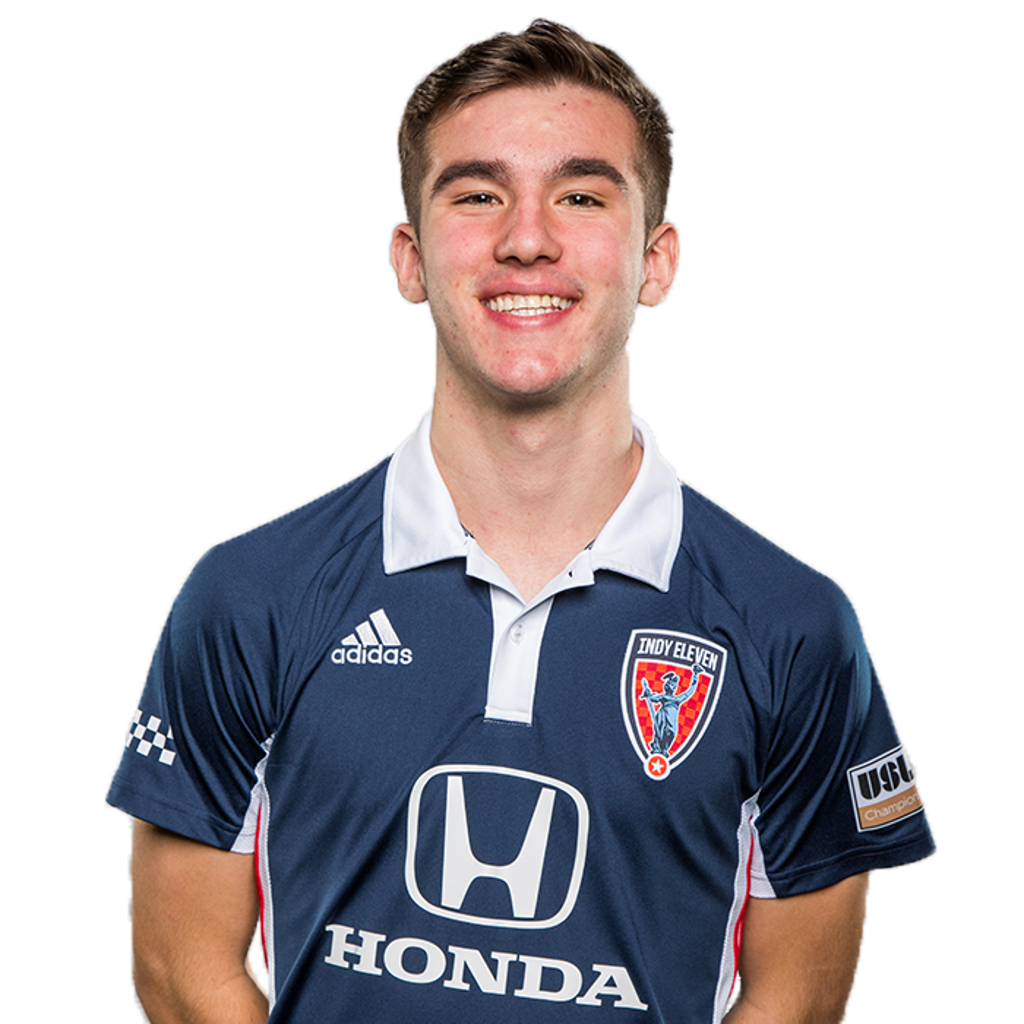 With Indy Eleven: Indy Eleven made a bit of club history on August 25, 2020, when it re-signed former USL Academy player and Indiana University standout Josh Penn to his first professional contract. After blazing a trail as Indy Eleven’s first USL Academy contract signing during the 2019 preseason, 18 months later Penn become the first Academy product to sign with Indiana’s Team as a professional at the age of 19.

During his first stint with Indy Eleven in 2019, the native of Naperville, Ill., started two of his five appearances and took a pair of shots in 157 minutes of USL Championship regular season action. Penn impressed during his first career start, nearly notching a goal and assist in the club’s 2019 season opener at Saint Louis FC on March 9.

Before Indy Eleven: Penn left the Eleven camp in July 2019 to report to Bloomington and made an immediate impact with perennial NCAA powerhouse Indiana University, helping a young Hoosiers squad to a 15W-3L-4D record and the Big Ten Conference’s regular season and postseason tournament titles. Penn’s six goals and 14 points (6G, 2A) were both the second-most for a balanced Hoosiers attack, which he also paced with 42 shots and three game-winning goals across his 22 appearances (21 starts). Penn’s freshman season efforts earned him selections to the All-Big Ten Second Team and the All-Big Ten Freshman Team.

Penn totaled 57 goals and 40 assists in 63 matches for Chicago Sockers FC in U.S. Soccer Development Academy play from 2016-19, twice earning him Central Conference Best XI honors. Penn also played one season at Naperville North H.S., notching 10 goals and eight assists in 20 matches as a freshman. Penn was ranked No. 12 in Top Drawer Soccer’s IMG Academy 150 recruiting rankings - and the No. 1 recruit in the Midwest region.

International: Penn made appearances for the U-19 U.S. Men’s National Team in 2018. In his last appearance, Penn netted the final goal in USMNT U-19’s 4-1 win over Jamaica to finish top of the 2018 U.S. Soccer U-20 Men’s Invitational standings.

Penn also embarked on a short training stint overseas with Danish Superliga side Brøndby during his time with Indy Eleven in April 2019.

Personal: Son of Brian and Shannon Penn … Has two sisters, Madison and Abby

Head Coach Martin Rennie: “We said we’d be open to welcoming Josh back when he departed for IU last summer, and we are thrilled he is taking us up on the offer. We obviously know what he brings to the squad – pace on and off the ball, a willingness to take on defenders, and the ability to finish around the penalty area in various ways. He’s an exciting young player that will certainly provide a boost of energy to the squad for the stretch drive of our 2020 season.”

Josh Penn: “I’m excited to be back in a familiar setting that, while different, will provide an even better chance for me to be a part of the team and even more focused on my play this time around. I planned on playing at IU this fall and hopefully going professional from there, but with the college season being suspended it felt like now was the right time to make the move. I’m really glad it happened this way because Indy Eleven provides a great opportunity for me, so it was a no-brainer and a way to make some good out of a tough situation.”