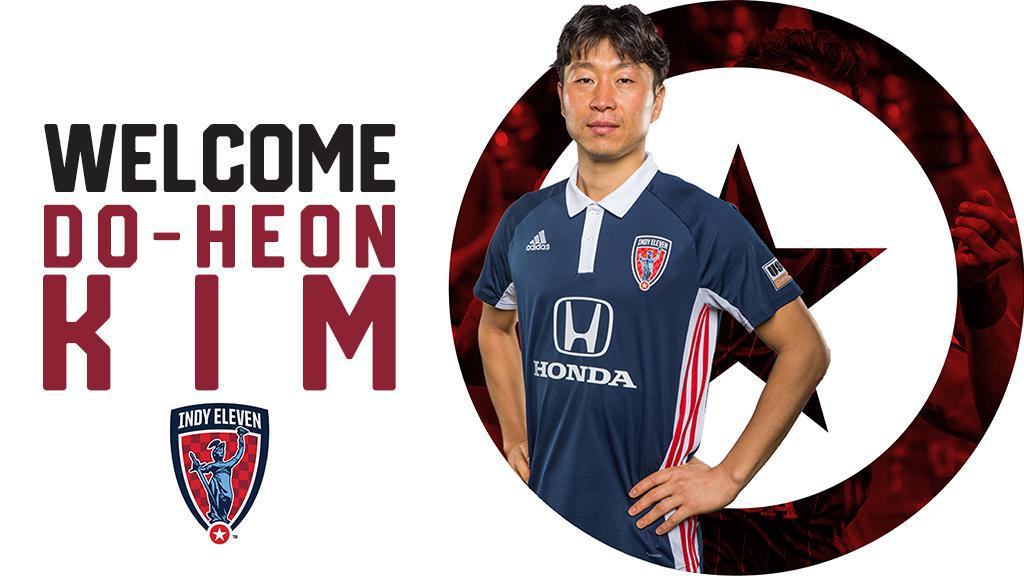 Indy Eleven Professional Soccer is pleased to announce the signing of midfielder Do-heon Kim ahead of the 2019 USL Championship season, pending league, federation, and visa approval and the receipt of his international transfer certificate.

“It was a little bit of a surprise when we got the chance to sign [De-heon] Kim,” said Indy Eleven Head Coach Martin Rennie. “He’s a very talented player. He’s very famous in Korea for his extremely successful career. We’re very happy that we have him and we look forward to watching him throughout the season.”

Most notably, Kim inked a permanent contract with West Bromwich Albion FC of the English Football League Championship for the 2008-2009 season after a brief stint on loan to the club. The 36-year-old made 20 total appearances for West Brom, including an appearance that saw him score the goal that secured The Baggies’ promotion to the English Premier League and the Football League Championship title in 2008.

The attacking midfielder also brings a wealth of international experience to the table, having capped over 100 times for the Republic of Korea from the U-17 to senior squad level. He’s appeared 62 times for the senior side and scored 12 goals for the Taegeuk Warriors. Kim scored his first international hat trick on June 14, 2008 in the Republic of Korea’s 3-1 win against Turkmenistan in the 2010 World Cup qualification stage.