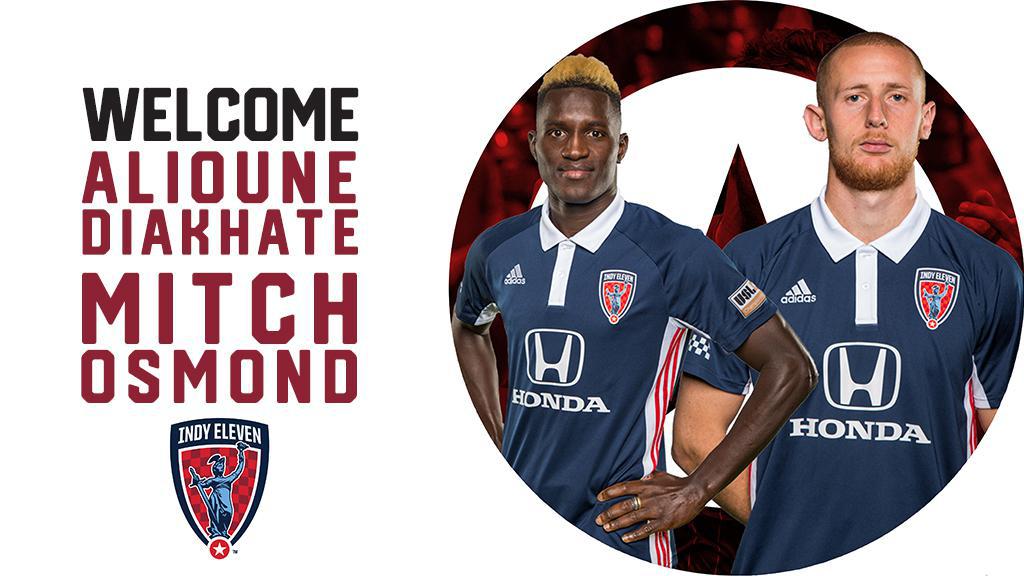 Indy Eleven Professional Soccer is pleased to announce the signings of defender Mitchell Osmond and forward Alioune Diakhate ahead of the 2019 USL Championship season, pending league and federation approval.

Osmond, 24, has accrued appearances for the University of Rio Grande, Calumet College of St. Joseph, and USL League Two side Thunder Bay Chill. Osmond earned 2018 NAIA First Team All-American honors. In addition, he received Riverstates Conference Player of the Year and Conference Defender of the Year honors while making First Team All-Riverstates Conference before being drafted in the 2019 MLS Super Draft by Minnesota United.

“Mitch is well known within the USL system having been the League Two Player of the Year in 2017,” said Indy Eleven Head Coach Martin Rennie. “He had a very successful college career which saw him drafted by a Major League Soccer team. He just happened to be available at a time where we were looking for someone to fill his position. Indy will be a great place for him to play and I think he’ll do very well.”

Diakhate, 23, earned a contract after participating in Indy Eleven’s 2019 open tryouts, which featured 103 trialists overall on January 12 and 13. The native of Senegal has featured for Tadamon Sour Sporting Club of the Lebanon first league, Club Partizan Belgrade in Serbia’s first league, and FC Obukhiv in the Ukranian semi-professional league.

“A lot of people think that tryouts aren’t that valuable, but Alioune proves that they are,” Rennie said. “He came right into preseason through the tryout, all the way up to a contract. He’s a very powerful, hard-working forward who presses well and possess great shooting ability. He’s very hungry to succeed and this is his chance to do that.”

He was the second highest goal scorer in the league with FC Obukhiv, finishing the season with a total of 20 goals before moving on to Tadamon Sour Sporting Club in 2016. After spending a year with C.D. Oller in Spain, Diakhate now finds himself with Indy Eleven under Coach Rennie.