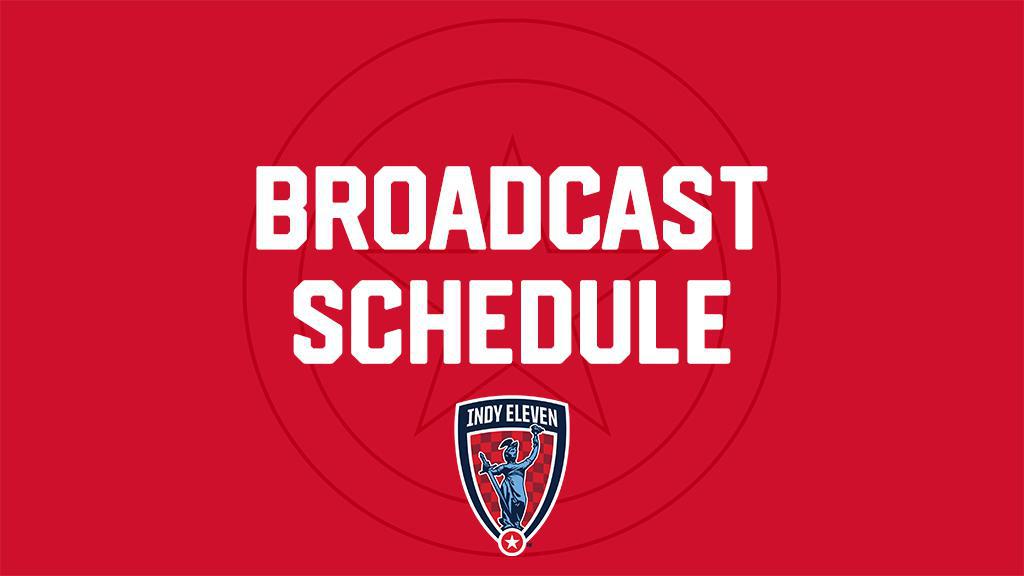 WISH-TV, the CW affiliate, owned by Nexstar Media Group, Inc. serving the Indianapolis, IN market (DMA #28), announced that Indy Eleven fans can once again watch the “Boys in Blue” on WISH-TV and MyINDY-TV 23 (WNDY) in 2019.  “Indiana’s Team” and Central Indiana’s CW and My Network affiliates have finalized a two-year agreement, which will see the partnership last through the club’s 2020 campaign.

“Indy Eleven fans can once again look forward to high-quality broadcasts of our home and select away matches, thanks to the talented team at WISH-TV and MyINDY-TV 23” said Larry Linde, Indy Eleven's Director of Corporate Partnerships & Broadcasting. “Our partners can also look forward to increased exposure as WISH-TV and MyINDY-TV 23 continues to help grow our team’s profile throughout Central Indiana.”

MyINDY-TV 23 will air 13 of the games, starting Saturday, March 30, when the Indy Eleven host the 2019 home opener against Hartford Athletic at 7:00 p.m. in Lucas Oil Stadium. WISH-TV will broadcast seven match-ups, the first being May 1, when the Indy Eleven go head to head with the Tampa Bay Rowdies.

“WISH-TV and MyINDY-TV 23 have been the television home for Indy Eleven soccer since day one,” said Randy Ingram, WISH-TV Vice President and General Manager.  “We’re pleased to announce our partnership for the sixth consecutive season. We look forward to another exciting year with Indy Eleven, and once again, bringing these live local professional soccer games to fans across Indiana.”

In addition to the two-hour game, every Indy Eleven broadcast on WISH-TV and MyINDY-TV 23 will be followed by the Honda Post-game Show, a wrap up of the evening’s action featuring extensive highlights and interviews with personalities from both teams.

Returning for their sixth season in the broadcast booth will be the on-air duo of play-by-play man Greg Rakestraw and color analyst Brad Hauter. In addition, Indianapolis-based Tupelo Raycom - A Gray Television Company will handle game day broadcast production for a fifth consecutive year.

The full listing of the 20-game local broadcast schedule for 2019 is available at WISHTV.com. 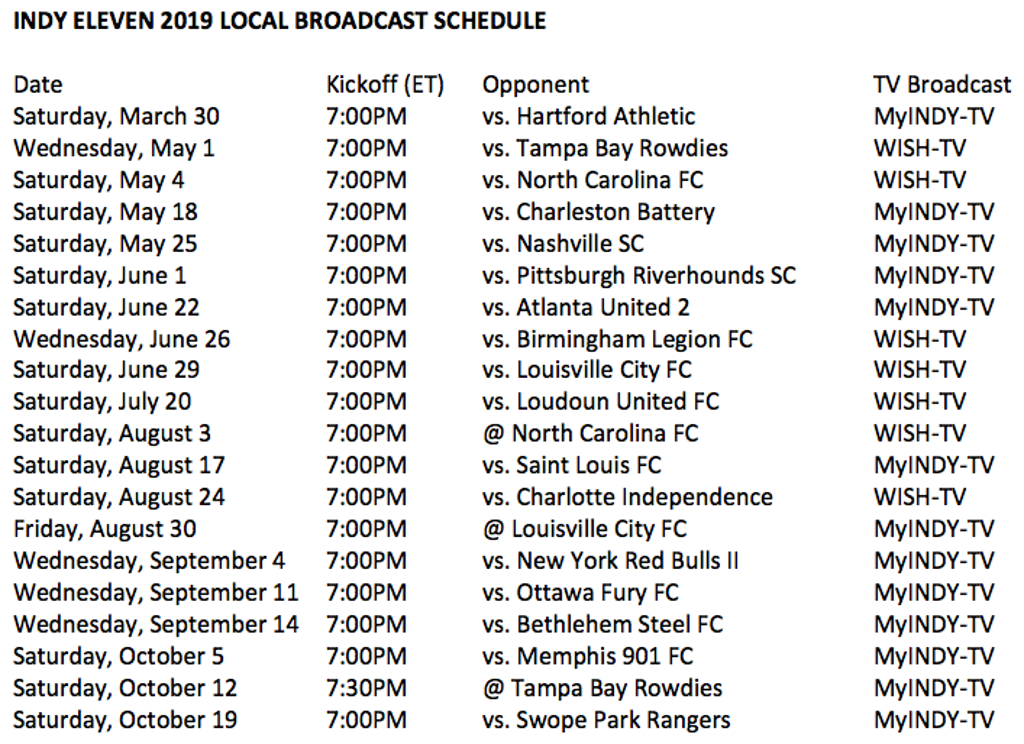 Don’t miss your chance to see the Boys in Blue in action. Season Ticket packages for the 2019 USL Championship season are on sale now for a low as $99. Get your season ticket package today by visiting IndyEleven.com/season-tickets or by calling 317-685-1100.