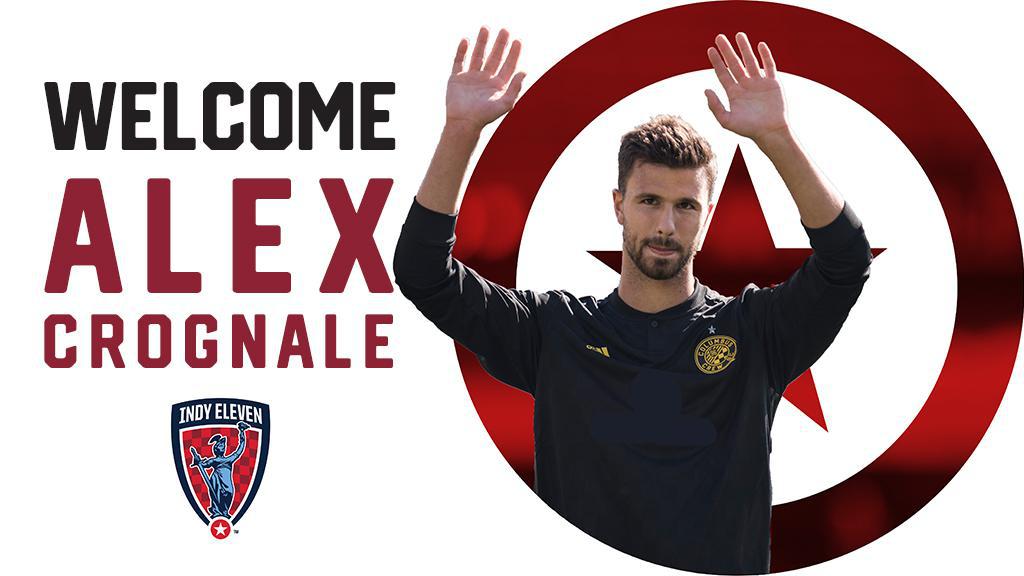 “We’re really happy to have Alex here in Indy. He’s got great USL Championship experience and had a successful season last year,” said Indy Eleven Head Coach Martin Rennie. “He brings a lot height and power to our backline. He’ll be a great addition to the squad. He’ll bring more danger to our set plays, as well as more ability for us to defend on set plays.”

Crognale, a native of Columbus, Ohio, signed an MLS Homegrown contract with the Crew in 2016, foregoing the MLS Super Draft and allowing him to join the side directly after spending four years with the Maryland Terrapins.

Crognale made his professional debut in Columbus’ 2-0 victory against DC United on March 18, 2017. The 24-year-old went on to make 22 appearances with the Crew before being loaned to USL Championship side Orange County SC in 2018. Crognale scored four goals in 26 appearances for the Californian side.

During his tenure with the Terrapins, the lengthy defender made 73 appearances and scored 11 goals. Crognale earned 2015 First Team All-American honors and captained his team to a third straight Big Ten Tournament Title while earning Defender of the Year in 2016.

Indy Eleven’s Home Opener is just around the corner. The Boys in Blue will take on Hartford Athletic at Lucas Oil Stadium on Saturday, March 30 at 7:00 p.m. Information on single-game tickets, Season Ticket packages and more is available at IndyEleven.com/Tickets or by calling 317-685-1100.