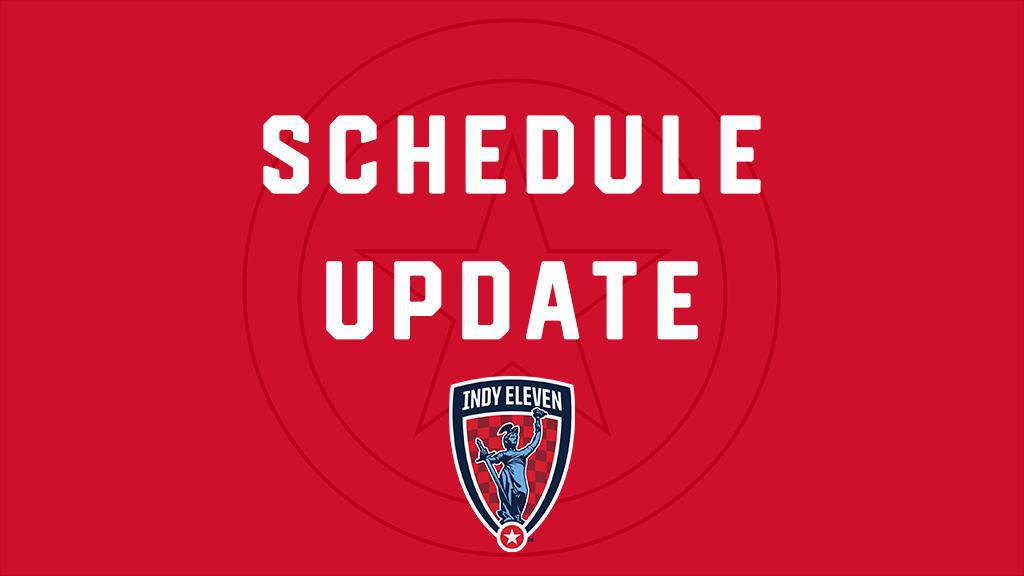 Indy Eleven Professional Soccer has announced it will shift the dates of three home games at Lucas Oil Stadium during the back half of its 2019 USL Championship regular season calendar. The date changes come upon learning the preseason and regular season schedules of the Indianapolis Colts, which were announced by the National Football League earlier this evening.

“Between the overlapping calendars of the USL Championship and NFL and the venue serving as host for numerous conventions throughout the year, scheduling challenges will always be a necessary trade-off when it comes to playing at Lucas Oil Stadium,” said Greg Stremlaw, Indy Eleven President and Chief Executive Officer. “We are working with our opponents and the USL to ensure these games are rescheduled as quickly and conveniently as possible, and we thank our fans for their patience during the process.”

Indy Eleven continue their April away swing in USL Championship play this Saturday, April 20, when the Boys in Blue travel to the Philly area to take on Bethlehem Steel FC. The matinee kickoff from Talen Energy Stadium – the home of MLS side Philadelphia Union – in Chester, Penn., is set for 4:00 p.m., and the match can be seen exclusively via streaming video on ESPN+.

Indy Eleven return to Lucas Oil Stadium to take on Tampa Bay Rowdies on Wednesday, May 1, at 7:00 p.m., followed three days later by another home game on Saturday, May 4, against North Carolina FC at 7:00 p.m. Tickets are available for as low as $15 at IndyEleven.com/Tickets or by calling 317-685-1100.