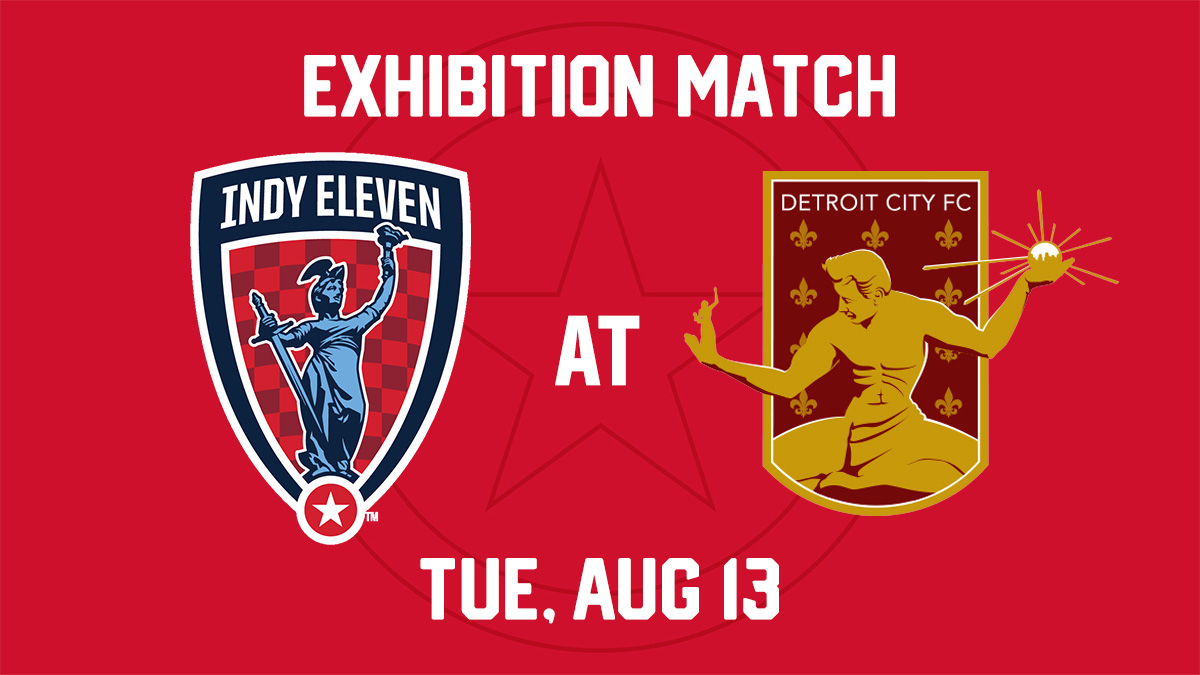 Indy Eleven will serve as the guest for an in-season friendly for the first time in club history on Tuesday, August 13, when the Boys in Blue head north to face Detroit City FC of the National Premier Soccer League (NPSL). The first-ever meeting between the two clubs will kick off from Keyworth Stadium in Hamtramck, Mich., at 7:30 p.m. ET.

Tickets for DCFC vs. Indy Eleven will be available for purchase for just $12 at tickets.detcityfc.com this Friday, May 17. Tickets will be $15 at the gate on matchday.

“We were pleased to accept Detroit City FC’s invitation to play on a number of fronts,” said Indy Eleven CEO and President Greg Stremlaw. “DCFC will provide a level of competition that will keep our roster sharp and an environment we look forward to experiencing firsthand.”

The Boys in Blue will see a familiar face on the opposite bench in August in the person of Trevor James, the former Eleven Technical Director from 2017-18 who was installed as DCFC’s head coach this past January. Indiana’s Team joins a pair of Mexican First Division (Liga MX) clubs on DCFC’s summer friendly list alongside Lobos BUOP (July 10) and Atlas FC (Sept. 7).

“We’ve had a lot of respect for the Indy Eleven organization since they launched, and it is a real privilege to host them at Keyworth this summer,” said Sean Mann, DCFC CEO.

Founded in 2012, Detroit City FC (DCFC) has established itself as one of the most talked about teams in American soccer thanks to the organization’s grass roots establishment, community-driven mission and passionate fan base. DCFC last week began its eighth season in the semi-pro NPSL, while the August friendly against Indy Eleven will serve as a tune-up for its participation in this fall’s NPSL Founders Cup, an 11-team competition for NPSL clubs featuring professional rosters.