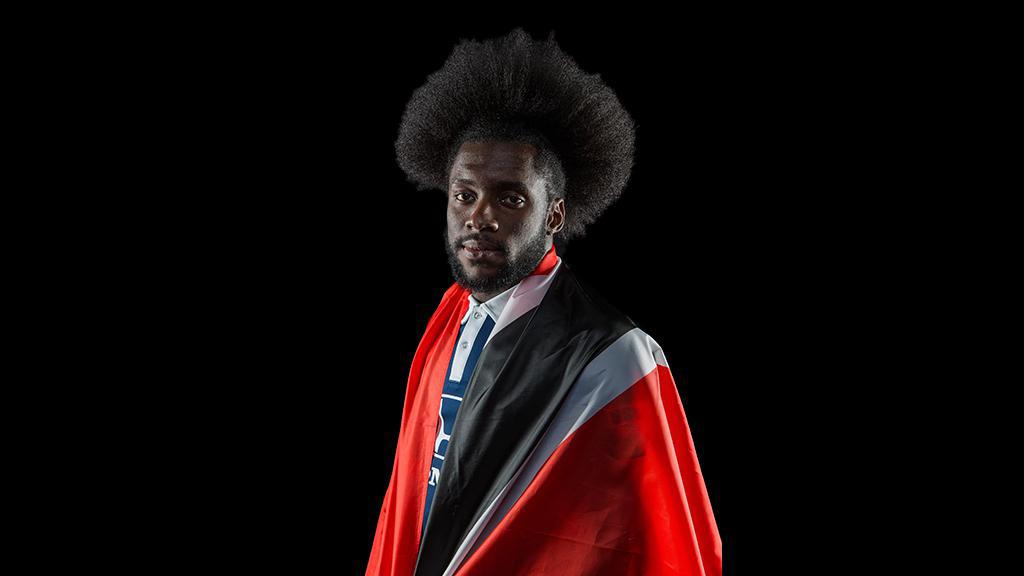 Indy Eleven’s Neveal Hackshaw will have a very excused absence from the Boys in Blue across the upcoming weeks, this after the defender was named to the Trinidad & Tobago Men’s National Team roster ahead of the 2019 CONCACAF Gold Cup, the regional championship tournament for North America, Central America and the Caribbean.

The 23-year-old defender was named to the Soca Warriors’ 23-man tournament roster by coach Dennis Lawrence on Thursday, meaning the defender will miss at least Indy Eleven’s next four USL Championship contests through June 26 – and potentially more should T&T advance out of the tournament’s group stage. Hackshaw is one of eight players from USL Championship squads named to the T&T roster ahead of the tournament.

“It’s always an honor to represent my country,” said Hackshaw. “No game in the Gold Cup is going to be easy. It’ll depend on who wants to win more. All the games are going to be tough, but we just have to stick to our game plan and work through the stormy weather.”

In preparation for the Gold Cup, Hackshaw made his 10th appearance for the Trinidad & Tobago Senior MNT Wednesday in Japan, when he played the final six minutes of the 0-0 draw. He will also be on the roster for a neutral-site friendly against Canada this Monday, June 10, at the Los Angeles Memorial Coliseum. From there, Hackshaw and the rest of the Soca Warriors will then turn their attention to Gold Cup Group D action, featuring games against Panama (Tuesday, June 18, in Minneapolis), the United States (Saturday, June 22, in Cleveland) and Guyana (Wednesday, June 26, in Kansas City, Kan.). Visit www.GoldCup.org for full tournament schedule and television coverage details.

Hackshaw made his senior international debut in March 2015 as a substitute in a Copa America Centenario qualifying round match against Haiti, coming two months after he represented Trinidad & Tobago in the CONCACAF Under-20 Championship tournament.

In league play, Hackshaw has been a vital cog for one of the league’s best defenses during his first season in Indy. The defender departs for international duty as one of five “Boys in Blue” who have started the team’s first 11 USL Championship contests and leads the squad in clearances (38), blocks (10), interceptions (17) and duels won against opponents (73). But he’s more than just a defender, as Hackshaw’s 696 passes completed (at an 81% completion rate) leads the team and places sixth in the USL Championship’s Eastern Conference. Hackshaw has one Championship Team of the Week appearance under his belt in 2019 after a stellar all-around performance in Indy’s scoreless duel against Nashville SC on May 25.

After spending the last month at home in league action, Indy Eleven will hit the road the next two weekends, beginning with Saturday’s first-ever meeting against expansion side Memphis 901 FC. Kickoff for tomorrow’s contest at AutoZone Park is set for 8:30 p.m., and the match will be streamed live online via ESPN+.

After another road tilt on June 15 at another expansion side, Loudoun United FC, Indy Eleven will return home on Saturday, June 22, when it welcomes Atlanta United FC 2 to the Circle City for a 7:00 p.m. kickoff on Grateful Dead Night at Lucas Oil Stadium. Tickets for that contest – and matches in quick succession on Wednesday, June 26, against Birmingham Legion FC and a rivalry contest against Louisville City FC on Saturday, June 29 – remain available for as little as $15 and can be purchased at indyeleven.com/tickets or by calling 317-685-1100.