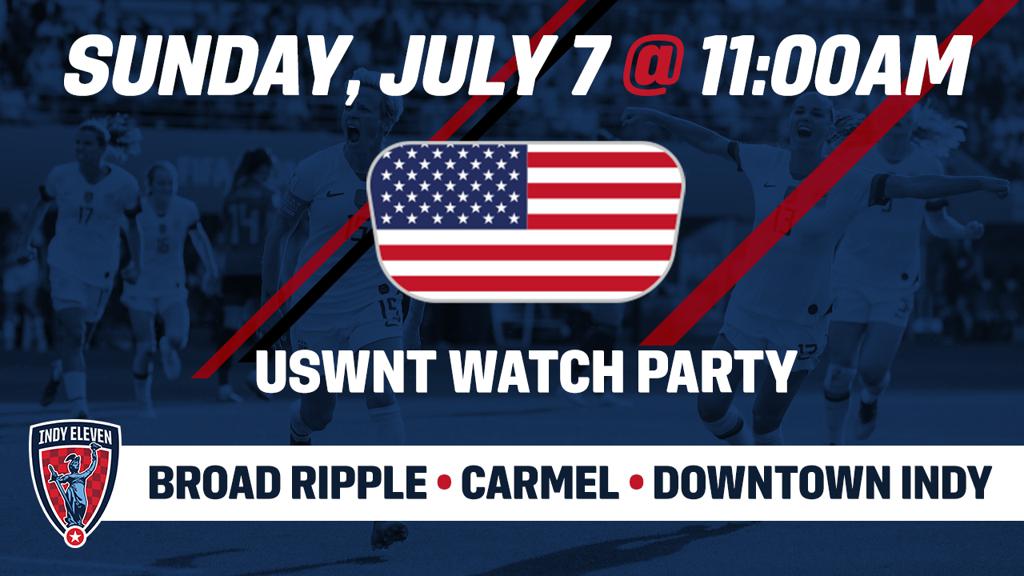 The United States Women’s National Team is ready to defend its FIFA Women’s World Cup crown this Sunday in France in a game that warrants not one, not two, but THREE area watch parties.

Indy Eleven is proud to support a trio of outdoor gatherings to be hosted at the following locations, with kickoff on the big screens set for 11:00 a.m. ET:

Indy Eleven will have a presence at all three locations with giveaways and chances to win tickets to its next home game on Saturday, July 20 vs. Loudoun United FC at Lucas Oil Stadium, where the Boys in Blue have gone undefeated in their last 17 games – a span stretching over the last calendar year.

All three outdoor parties will be weather dependent. Should inclement weather be imminent, Indy Eleven will update fans on the status of each party via its Twitter (@indyeleven), Facebook (/indyeleven) and Instagram (@indyeleven) channels, with as much advance notice to be given as possible for any cancellations.