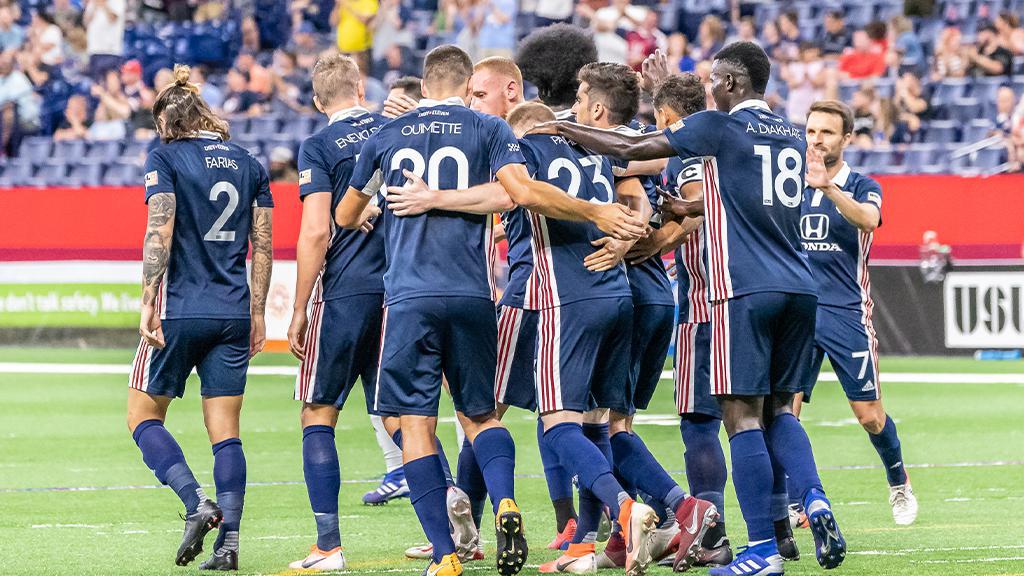 On Tuesday night, Indy Eleven gets the chance to face an “old friend turned foe” – but realistically still a good friend – in Detroit City FC Head Coach and General Manager Trevor James. The friendly affair also offers the possibility of seeing a few new Boys in Blue in action with forwards Gabriel Rodrigues and Cristian Novoa joining Indiana’s Team on Monday and another fresh face poised to be announced prior to the match on Tuesday.

James, a former assistant coach and scout for the Boys in Blue during his two-year tenure with the club, helped immensely with Indy Eleven’s transition into the USL Championship ahead of its 2018 season. The native of Norwich, England, has also previously acted as a scout for powerful clubs across Europe such as Newcastle United, Sporting Lisbon and FC Barcelona, and also assisted England’s men’s national team in building the Three Lions squad for the 1990 FIFA World Cup in Italy.

The former Ipswich Town player made his journey stateside in 2006 to join Major League Soccer’s LA Galaxy as an assistant coach for a four-year stint. Following his Galaxy exit, James spent time with MLS heavyweight Portland Timbers as an assistant coach (2010-2012) and Chicago Fire as the club’s Director of Scouting (2014-16).

Ending Up in Detroit

James isn’t the only former Indy Eleven member to have joined Detroit City FC, as two ex-Boys in Blue joined the Michigan-based club after departing from Indiana’s Team. Former captain Greg Janicki and defender Cory Miller joined Le Rouge after finishing their careers with Indy in 2016 and 2017 respectively.

Janicki joined Detroit after spending 2015-16 with the Boys in Blue. During the now 35-year-old’s time in Indy, he made 43 appearances and scored four goals. Miller, who spent four years with the club from the inaugural season in 2014 through 2017, made 54 appearances and scored a lone goal for Lady Victory. Both were members of the successful 2016 team that saw Indy become NASL Spring Season Champions and stretched the season all the way to the 2016 Championship Final.

Squaring Up the Opposition

Detroit City FC did extremely well during its 2019 campaign in the National Premier Soccer League, claiming the top spot in the Great Lakes Conference for the first time since 2013 by claiming 33 points from 14 matches (10W-1L-3D). DC Le Rouge put five goals or more past their opponent on four occasions and finished the regular season with a +33 goal differential from 39 goals scored and just six conceded – good for an incredible 0.43 GAA.

DCFC’s impressive regular season bought the squad a bye in the NPSL’s Regional Quarterfinal Round of postseason play, and the side began its playoff run with a 2-0 win over Minneapolis City SC in Regional Semifinal play. That set up a matchup with top-seeded Cleveland SC in the Regional Final for a spot in the NPSL’s version of the Final Four, but after a 2-2 draw in regulation and added extra time, Detroit City fell in penalties, 3-2.  When it comes to players to watch, forward Shawn Lawson finished as the side’s leading goal scoring with 14 goals, while midfielder Todd Max assisted his teammates the most with six to go along with 11 goals scored.

So why is Detroit City still playing games after their NPSL season is over? Well, because it’s not … kind of. DCFC is one of six teams that will be participating in the NPSL Members Cup across the next two months, a tournament sanctioned by the United States Adult Soccer Association that will feature a 10-game regular season slate for each participating club. Detroit City will begin play at its Keyworth Stadium home this weekend against another famously supporters-centric club, Chattanooga FC.

Coming off the heels of a bye week, the Boys in Blue get back to action on Tuesday night with an exhibition match at National Premier Soccer League side Detroit City FC (7:30 p.m. kickoff). Fans can stay up-to-date on the action via Detroit City FC's YouTube live stream and the Indy Eleven Live Twitter feed, presented by Honda.

Indiana's Team returns home for back-to-back Sunday affairs against Saint Louis FC on Aug. 18 (Faith & Family Night) and Charlotte Independence on Aug. 25 (“Red Out” Summer Celebration). Tickets for those 6:00 p.m. contests at Lucas Oil Stadium remain available for as little as $15 and can be purchased at indyeleven.com/tickets or by calling 317-685-1100.