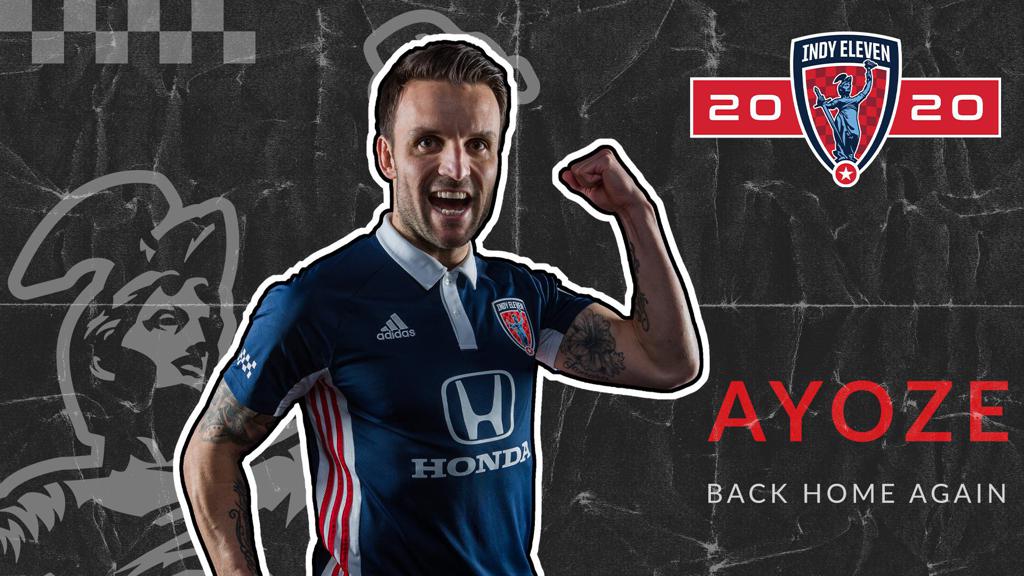 Another veteran presence’s return to Indy Eleven for the 2020 season has been confirmed with today’s re-signing of defender Ayoze Garcia. Per club policy, terms of the contract that brings the Spaniard back for a third season with the Boys in Blue will not be announced.

“Ayoze has been a vital part to what we’ve built here the last two seasons, and we know he’ll have even more to give this club in 2020,” said Indy Eleven Head Coach Martin Rennie. “The passion and tenacity he brings to the field every single day leads our squad by example, and anyone who has watched him this past season can see that he is still very much one of the most skilled players in the USL Championship.”

Ayoze has been a constant on the left side for Indy Eleven since joining prior to the 2018 season, starting 60 of his 61 league appearances the last two seasons while notching seven goals and 13 assists. Those tallies include a recently concluded 2019 campaign that saw the soon-to-turn 34-year-old (on Friday) register three goals and five assists in 32 appearances (31 starts). To see more details on Ayoze’s decorated career in the United States and at the highest levels of soccer in his native Spain, click here to read his full bio on IndyEleven.com.

Ayoze is the tenth player confirmed to return to the Indy Eleven roster in 2020, solidifying a core that led Indiana’s Team to club records in wins (19), standings points (63), home wins (13) and away wins (6) and to its first two victories in USL Championship Playoffs action. Indy Eleven will announce its 11th returning piece on Thursday, followed by the first new member of the Boys in Blue on Friday.

Indy Eleven fans can guarantee their return for every game at Lucas Oil Stadium next year as well by securing a 2020 Season Ticket Membership, available now at IndyEleven.com/season-tickets or by calling 317-685-1100.