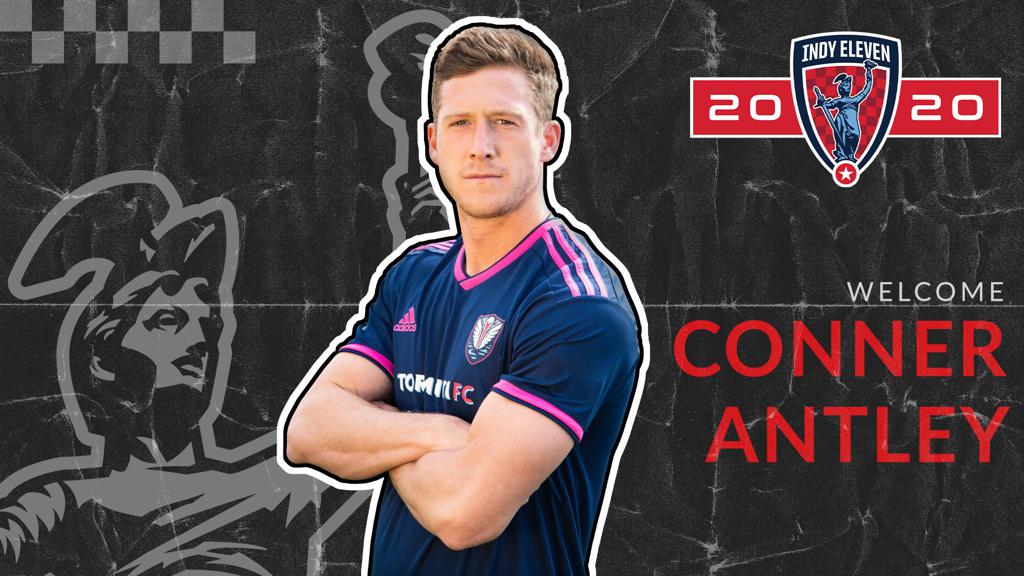 Indy Eleven welcomed its first new roster member ahead of the 2020 USL Championship season with today’s signing of USL League One Defender of the Year Conner Antley. Per club policy, terms of the contract that brings the former South Georgia Tormenta FC performer to the Circle City will not be released.

“Indy Eleven really checked all the boxes for me. After speaking to Coach Rennie I got the feeling that Indianapolis is a great city and that I would be on a team that is going to compete for a championship every year, and that is important to me,” said the 24-year-old Antley. “I think leadership and a team’s identity is important, so knowing that Indy has some really key veterans and leaders returning for next season means that identity will remain the same and contribute to another run at a championship. I look forward to contributing myself and helping this team bring some championships to Indy.”

“Conner brings a great amount of athleticism and versatility to our squad,” said Indy Eleven Head Coach Martin Rennie. “His ability on both sides of the ball really fits our style of play. He’s an immensely talented young player who is looking forward to the challenge that lies ahead in 2020.”