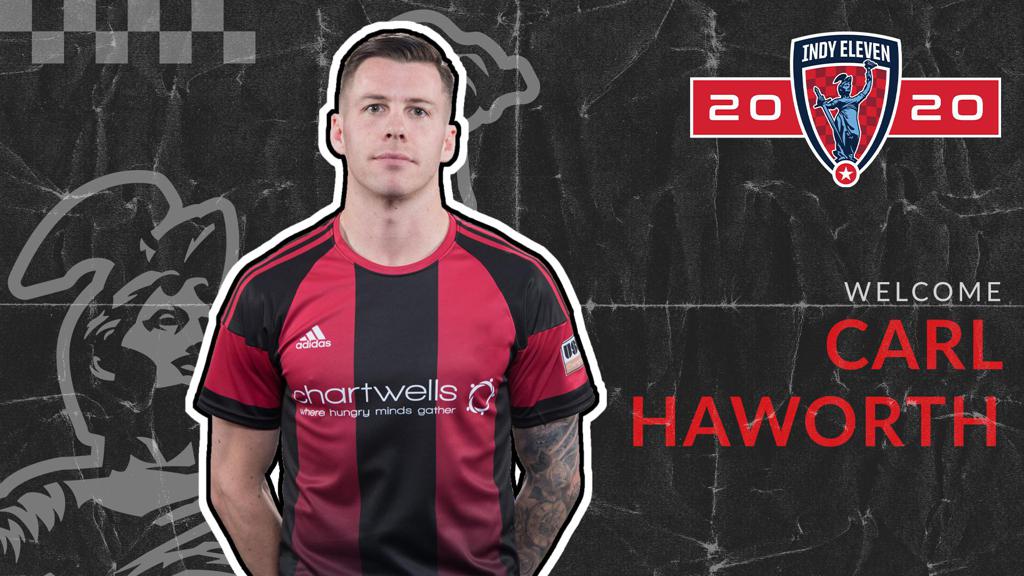 Indy Eleven secured one of the biggest signings of the USL Championship offseason to date on Friday with the addition of former Ottawa Fury FC captain Carl Haworth. Per club policy, terms of the contract that brings the 30-year-old Haworth to the Hoosier State will not be released.

“I am very excited to be joining Indy Eleven. Once the opportunity came along, I couldn't resist,” said Haworth. “It's a club that I've admired since it started, and I cannot wait to be a part of it. Indianapolis is an amazing city and is deserving of a championship, which I hope to help bring and celebrate alongside the Brickyard Battalion in the coming years.”

Over the last six seasons, Haworth’s career intertwined plenty with the Boys in Blue as a member of Fury FC, Indy’s “Class of 2014” expansion partner in the North American Soccer League. Haworth finished his Ottawa tenure as the club’s career leader across all competitions in appearances (162), goals (26) and assists (27), contributions that came while lining up as a central forward, right back and winger on both sides of the pitch. The 2019 campaign was Haworth’s most productive yet, the native of Barrie, Ontario, finishing as Ottawa’s co-leader in goals (10) and assists (9) across his 33 league appearances (32 starts), numbers that helped Fury FC qualify for the USL Championship Playoffs for the first time.

“Carl Haworth simply checks all the boxes you want in a player both on and off the field,” said Indy Eleven Head Coach Martin Rennie. “He’s a willing distributor and proven capable finisher in the final third, and he’s also versatile enough to be a top-caliber outside back in our league. Carl is also a genuine leader and will amplify the culture we are cultivating in our locker room and across the organization. We are eager to have him contribute to what we are building here in Indy.”

The addition of Haworth caps another active week of signings that has brought Indy Eleven’s 2020 roster to 17 players, 14 of which contributed to the most successful season in club history in 2019.

Indy Eleven fans can guarantee their spots at every game at Lucas Oil Stadium next year by securing a 2020 Season Ticket Membership, available now at IndyEleven.com/season-tickets or by calling 317-685-1100. Indy Eleven’s new 2020 adidas away jerseys and Holiday Gift Packs for your favorite soccer fans including tickets and exclusive winter-themed merchandise are also available now at indyeleven.com.