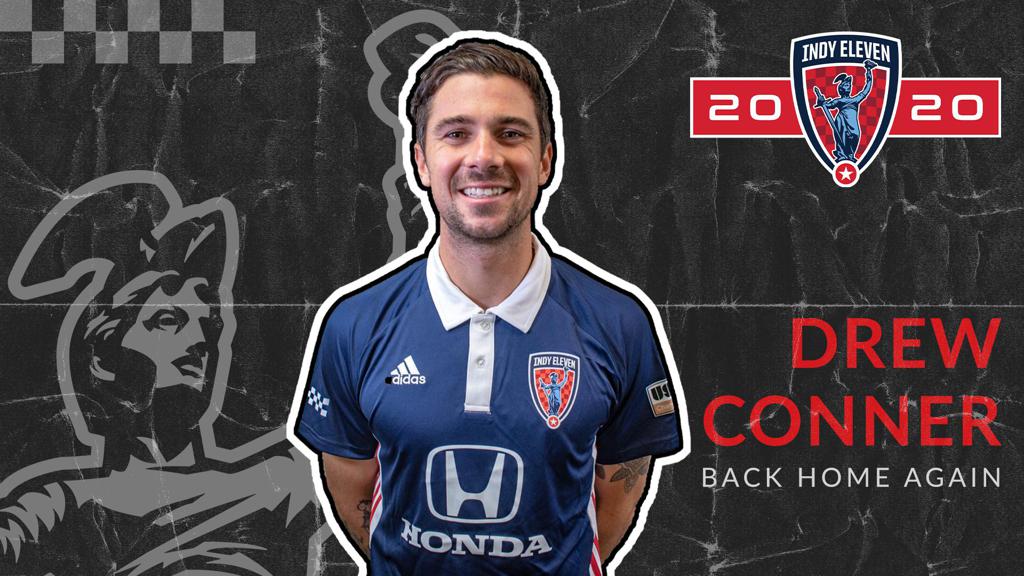 Indy Eleven unwrapped one last roster announcement before entering its holiday break with Monday’s news that midfielder Drew Conner will return to Indianapolis for the 2020 USL Championship campaign. Per club policy, terms of the contract that brings Conner back for his first full season with the Boys in Blue will not be released.

“Indy Eleven has quickly established itself as an elite club in this league and I couldn’t be happier to return next season,” Conner said. “Last season we set multiple club records, and I can’t wait to set more with this group. The fans have always pushed this club to new heights and I know we are going to have some fun this upcoming season.”

Conner was a vital midseason acquisition for Indy Eleven, which signed the native of Cary, Ill., in mid-August after his performance with Czech Republic side 1. SC Znojmo during the first half of 2019. The former Chicago Fire SC performer and University of Wisconsin graduate started 14 of Indy Eleven’s last 17 matches, including all three of the squad’s USL Championship Playoffs contests. Across his 15 regular season and postseason appearances, Conner notched two goals and an assist – all of which came in his first start, a 3-1 win over Charlotte Independence in his home debut on August 25, and led to a USL Championship Team of the Week nod.

“Drew gave us an infusion of skill, energy and attitude that was noticeable, and I’m thrilled that we are able to keep him here for 2020,” said Indy Eleven Head Coach Martin Rennie. “He showed he can be effective at multiple spots in our system on the field, but more importantly he really enjoyed the guys around him and became a part of the culture we are building in our squad.”

With the re-signing of 25-year-old Conner, 15 players from the 2019 Indy Eleven squad that set club records in wins (19), points (63), home wins (13) and away wins (6) are guaranteed to return next season. Indiana’s Team currently has 18 players under contract for the 2020 season, Indy Eleven’s third in the USL Championship.

Indy Eleven fans can guarantee their spots at every game at Lucas Oil Stadium next year by securing a 2020 Season Ticket Membership, available now at IndyEleven.com/season-tickets or by calling 317-685-1100. Indy Eleven’s new 2020 adidas away jerseys and other new merchandise for your favorite soccer fans including tickets and exclusive winter-themed items are also available now at indyeleven.com and at The Shop locations in Broad Ripple and Carmel.