Eastern Conference Final Rematch versus Archrival Marks First of 17 USL Championship Matches at Lucas Oil Stadium in 2020; Indiana’s Team to Open Season on the Road at Memphis 901 FC on March 7 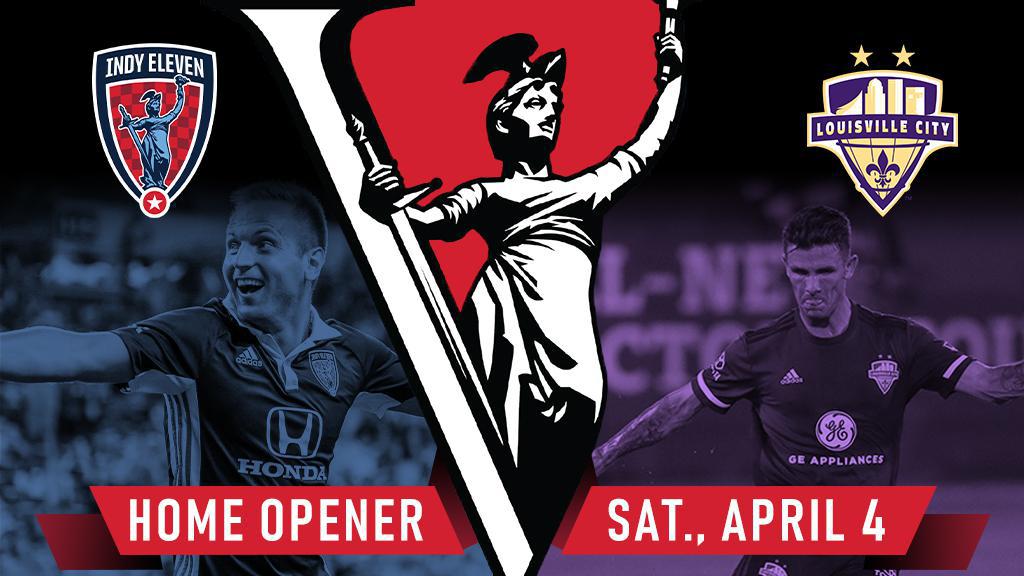 Indy Eleven will open the home portion of its 2020 USL Championship against a familiar foe on Saturday, April 4, when it welcomes archrival Lou City FC to Lucas Oil Stadium for a 7:00 p.m. ET kickoff.

The rematch of last fall’s dramatic Eastern Conference Final is a featured match-up amongst the 35 club home openers announced by the league today, which also includes Indy Eleven’s 2020 season debut on Saturday, March 7, at Memphis 901 FC.

Now through this Wednesday at 2:00 p.m., fans can purchase discounted $20.20 Endline Section seats for the April 4 home opener at indyeleven.com/tickets. The only other way to secure seats for the “Louisville-Indianapolis Proximity Association Football Contest” clash for the time being is via a 2020 Season Ticket package, details for which can be found at indyeleven.com/season-tickets.

“We could not have asked for a more intriguing game to kick off our third season at Lucas Oil Stadium,” said Indy Eleven CEO Greg Stremlaw. “Together with the best fans in the USL Championship, everyone at Indy Eleven looks forward to continuing our tradition of setting a new attendance record in conjunction with our home opener. We expect our fans to mark April 4 on their calendars and be part of another special night in our club’s history.”

Indy Eleven will be looking to break the single-game attendance record of 20,251 set at last season’s home opener against Hartford Athletic FC on March 30. That mark eclipsed the previous record of 17,535 fans who attended the first-ever Indy Eleven game at Lucas Oil Stadium against FC Cincinnati on March 31, 2018.

Indy Eleven will carry a 25-game home undefeated streak (18W-0L-7D) in regular season play into Lucas Oil Stadium for the LIPAFC showdown, which is tied for the fourth longest such streak in USL Championship history. It was Louisville that snapped Indy’s 27-game overall home unbeaten streak across all competitions last Nov. 9 via a 3-1 result in added extra time that ousted Indiana’s Team from the USL Championship Playoffs just one game from the league’s final.

Indy Eleven fans can guarantee their spots at every game at Lucas Oil Stadium this year by securing a 2020 Season Ticket Membership, available now at IndyEleven.com/season-tickets or by calling 317-685-1100.