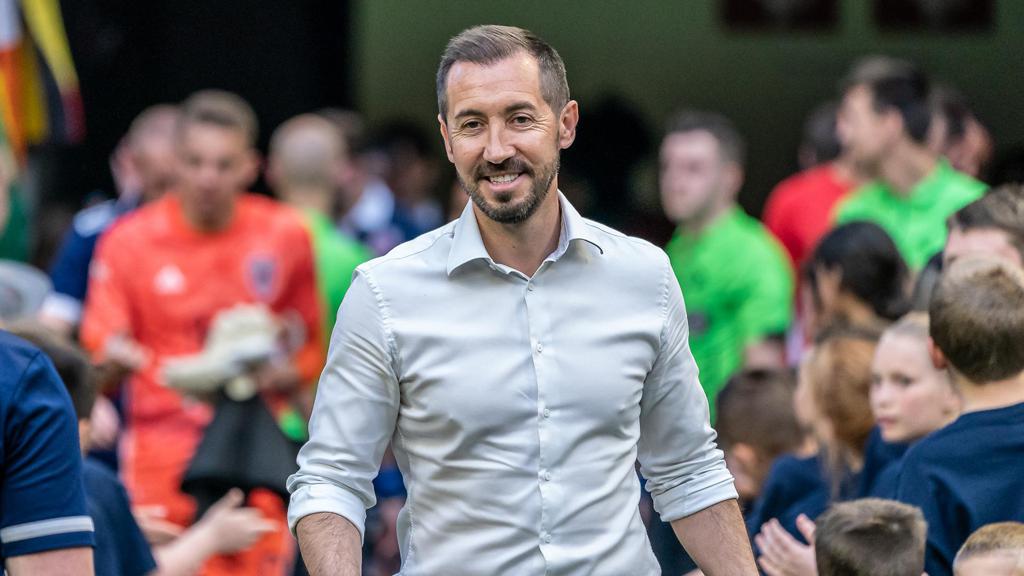 On Thursday, Indy Eleven announced its full 34-game schedule ahead of the 2020 USL Championship regular season, the club’s seventh competitive season and third since joining the league in 2018. Indy Eleven caught up with Head Coach Martin Rennie to hear his thoughts on his squad’s season and home 2020 debuts.

The Boys in Blue will kickoff their season on the road at Memphis 901 FC on Saturday, March 7, during the league’s opening weekend before making their home debut nearly a month later.

“That’s an exciting game. We really enjoyed playing at Memphis last season,” Rennie said. “AutoZone Park has a unique atmosphere and I’m sure it’ll be a sellout for their home opener.”

Memphis 901 FC was introduced to the Championship in 2019, finishing 15th place (9W-7D-18L; 34 pts.) in their inaugural season. Indy walked tall in its first two encounters with the Tennessean side, going 2W-0L-0D with six unanswered goals across both fixtures. Looking to leave last season behind and with the recent appointment of recently retired U.S. Men’s National Team legend Tim Howard as the club’s Sporting Director, Memphis 901 FC is ready to make a statement heading into the new decade.

“It’s going to be an exciting opportunity for us to get that first game out of the way,” Rennie said. “We’re on the road a little bit in the beginning, but when that time comes, we’ll be looking forward to it.”

“That’ll be one of the biggest games in club history. It is a massive rivalry between us and Louisville [City FC],” Rennie said. “We had three amazing games last season; all games were tied in regular time.”

There was no shortage of excitement between the two sides in 2019, as both regular season contests ended in 1-1 stalemates. However, LouCity FC tipped the scale in its favor during the USL Championship Playoffs Eastern Conference Final last fall at IUPUI’s Michael A. Carroll Stadium. Boys in Blue forward Tyler Pasher’s 67th minute goal all but signaled victory for his side, but LCFC forward Antoine Hoppenot found ta dramatic stoppage time equalizer seconds before regulation time expired. The visiting side tacked on two additional goals in added extra time before the final whistle, halting Indy’s post-season run just short of the USL Championship Final and securing LCFC’s third straight appearance in the league’s ultimate game.

Though his side fell just short of obtaining silverware, Rennie believes the outcome stokes the fire of the budding rivalry.

“Obviously, we went out to them in the USL Championship Playoffs, which was disappointing, but we have had great games with them and I’m sure this will be another,” Rennie said. “With the time between now and then, Lucas Oil Stadium will have a lot of fans in it. If you’re a soccer fan, it’ll be a game you won’t want to miss.”

Seats for Indy Eleven’s 17-game home schedule at Lucas Oil Stadium – which includes 15 weekend dates – are currently available via four ticketing options, all of which will include a ticket for said home opener against Louisville City FC. Fans can visit indyeleven.com/tickets or call 317-685-1100 (Mon.-Fri., 9am-5pm) for full details and to secure their seats. Single-game tickets for all 17 home games will be made available to the public in early February.