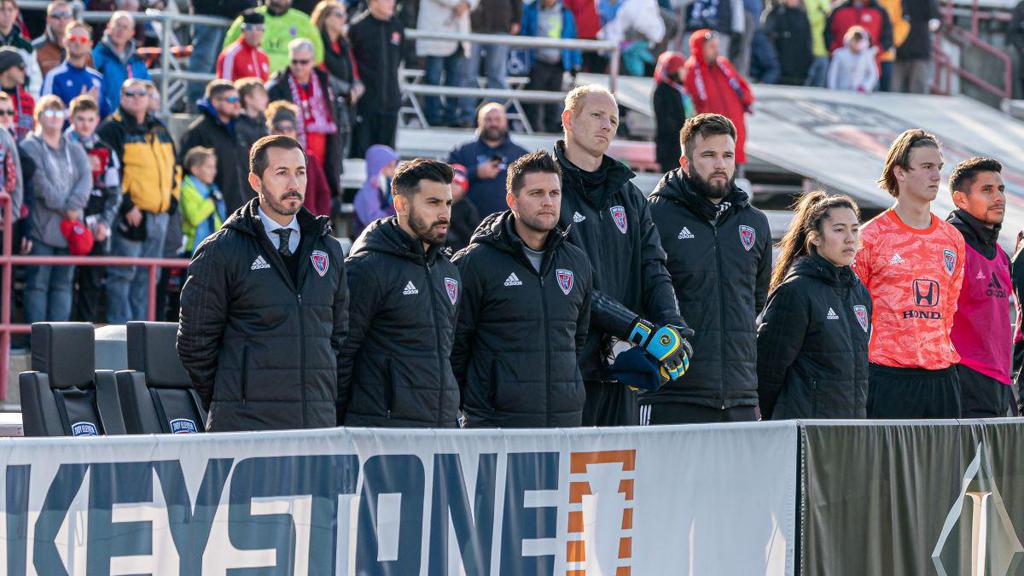 INDIANAPOLIS (Tuesday, January 28, 2020) – Indy Eleven today confirmed the return of all three Assistant Coaches from last season’s successful Technical Staff – Juan Guerra, Phil Presser and Andy Swift – for the club’s 2020 season. All three coaches will be returning for their second season on the Eleven staff under Head Coach Martin Rennie.

“Establishing continuity in the team was the number one priority for us this offseason, and a big part of that is having these three talented coaches continue the work they started last year,” said Rennie. “Juan, Phil and Andy were an integral part of the successes we enjoyed in 2019, and they will again help this club and our players achieve even loftier goals in 2020.”

Indy Eleven is working to confirm up to five games that will compose its 2020 preseason exhibition calendar, details of which will be announced in the coming days via the team’s social media channels and on the schedule page at indyeleven.com.

Indiana’s Team will officially begin its seventh season of play – and its third in USL Championship action – on Saturday, March 7, at Memphis 901 FC.

Seats for Indy Eleven’s 17-game home schedule at Lucas Oil Stadium are currently available via four ticketing options – Full Season Memberships, Half Season Packages, 5-Game Partial Season Plans and Group Tickets – all of which include a ticket for the home opener on Saturday, April 4, against arch-rival Louisville City FC (7:00 p.m. kickoff). Fans can visit indyeleven.com/tickets or call 317-685-1100 (Mon.-Fri., 9am-5pm) for full details and to secure their seats today.