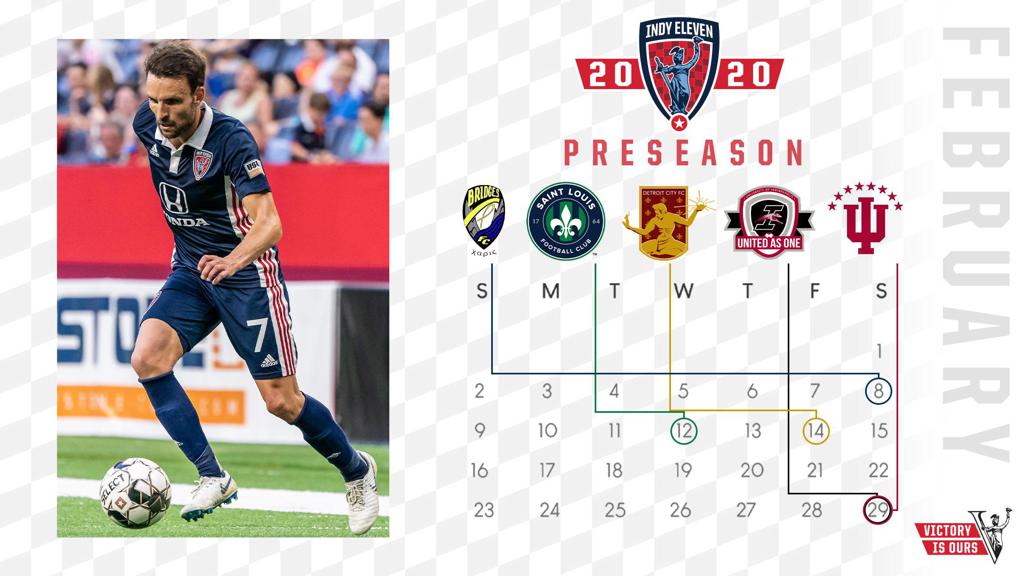 With its 2020 training camp underway, Indy Eleven has confirmed a number of preseason exhibition games across February that will help prepare Indiana’s Team for its 2020 USL Championship campaign that begins Saturday, March 7, at Memphis 901 FC.

Thanks to its partnership with Grand Park, Indy Eleven will have the luxury of spending the entire preseason at its official training home in Westfield, including the following lineup of tentatively scheduled matches:

Dates, times and open/closed status to the public are subject to change. Tickets are available for the Circle City Men’s College Showcase games on February 29; one $5 ticket will be good for all games played that day. Fans are encouraged to visit indyeleven.com/2020-schedule and the team’s social media channels for the most up to date preseason schedule information.