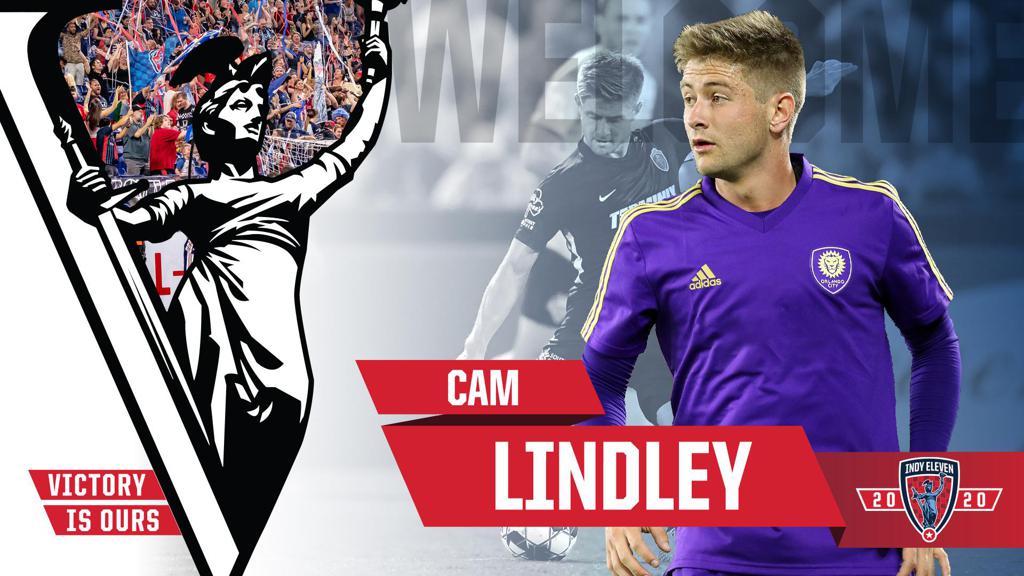 Indy Eleven didn’t have to look far for the latest addition to its roster, as Indiana’s Team today acquired midfielder and Carmel native Cam Lindley.  Pending league and federation approval, the Orlando City SC product will become the 22nd player signed by the Boys in Blue ahead of their 2020 season. Per club policy, financial terms of the contract that brings Lindley to the Circle City will not be released.

“Cam Lindley is one of the most talented players to come out of Central Indiana in recent years, so it’s very nice to be able to bring him home," said Indy Eleven Head Coach Martin Rennie. “Cam brings great technical ability and creativity to an already talented and very deep corps of midfielders. I'm sure our fans will join me in welcoming Cam to Indy Eleven.”

Lindley, 22, was a standout for Guerin Catholic High School (2016 graduate) and numerous Indiana Fire Juniors squads before playing two years collegiately at the University of North Carolina from 2016-17. Following a 2017 sophomore season that saw him rack up seven goals and 13 assists, the ACC Midfielder of the Year award, and a First-Team All-ACC Team honor, Lindley turned professional and was signed by Major League Soccer’s Orlando City SC ahead of the 2018 season.

“I am super excited to be coming home and playing for my hometown team in front of my friends and family,” said Lindley. “I know playing for Indy Eleven will help me grow as a player, and I am looking forward to being a part of one of the top clubs in the USL Championship.”

Lindley started his lone three appearances with Orlando City early in the 2018 campaign before being loaned to USL Championship sides Saint Louis FC in 2018 (one appearance) and Memphis 901 FC for the entirety of their inaugural season in 2019 (one goal and seven assists in 25 appearances). In addition to his professional experience, Lindley has also registered nearly 30 appearances with U.S. Youth National Teams starting at the Under-17 level, including two “caps” for the U.S. Under-23’s in 2019.

Indy Eleven will begin its seventh season of play, and its third in the USL Championship, on Saturday, March 7, at Memphis 901 FC. After a month on the road, Indy Eleven will begin its 17-game  home schedule at Lucas Oil Stadium on Saturday, April 4, against arch rival Louisville City FC. Tickets for that game and others are currently available via five ticketing options – Single Game Tickets, Full Season Memberships, Half Season Packages, 5-Game Partial Season Plans and Group Tickets. Fans can visit indyeleven.com/tickets or call 317-685-1100 (Mon.-Fri., 9am-5pm) for full details and to secure their seats today.