How Roster Continuity, Chemistry Has Led To Preseason Success 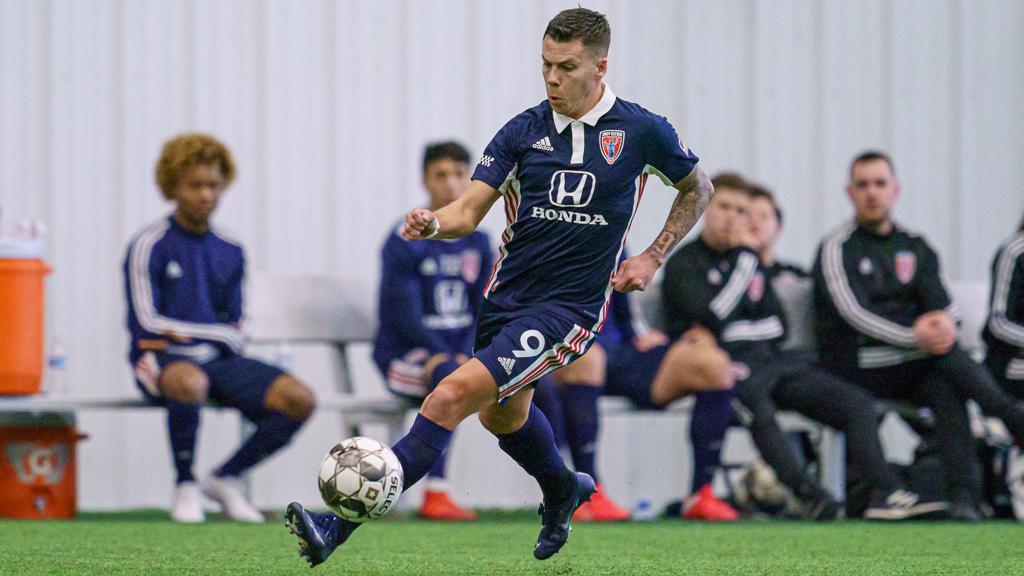 Falling one game short of the USL Championship Final, a shot at redemption in 2020 has been on the mind of Indy Eleven Head Coach Martin Rennie since the final whistle last November. With 16 members of Indiana’s Team returning from last season and only eight new faces joining the mix, the Boys in Blue have spent the offseason putting in the paces to prepare for their 2020 campaign.

“I think we are looking really good, thanks in large part to everybody taking care of themselves in the offseason,” said Rennie “We want to continue to improve in some areas, especially in the final third and in our pressing and counter-pressing, but overall, I feel like we are right on track.”

While the focus has been on returning to match fitness ahead of the season, existing team chemistry has played a major role in Indy’s preseason run. The Boys in Blue are currently undefeated with a spotless 3W-0D-0L record during their preseason schedule, giving Coach Rennie a peek at his team’s potential.

“It makes a big difference because everybody is familiar with each other – how we play, train and what we expect – so it means we can take things to a higher level and focus on areas that we normally need to improve upon because we know we already have a solid foundation,” Rennie said. “It also allows us more time to spend with individual players to develop their game and help them improve.”

For returning midfielder and captain Matt Watson, consistency on the roster allows the team to improve at a quicker rate.

“Having the core come back should give us an earlier advantage throughout the season,” said Watson. “Adding extra pieces where we need them is easy because we can bring those new players into the culture and show them how we do things here a lot easier.”

Although results in preseason carry no weight in regular season contests, Watson believes that strong performances early on set the team up for long-term success.

“The preseason is really important on the mental side of things, helping us get ready for the first games,” Watson said. “We have a stretch of away games to start the season, which we know the other teams are going to be fired up, so we need to into those games with the same energy, and I believe the preseason is going to set us up for that.”

The season, which begins Saturday, March 7, at Memphis 901 FC, will be forward Carl Haworth’s first with Indy Eleven after spending the last six seasons with former rival Ottawa Fury FC. Despite being new to the club, the Canadian international brings a wealth of experience to what many consider to already be the deepest squad in the team’s seven-year history.

“It’s a great experience [joining Indy Eleven], maybe not being a guy who’s been in the organization for a while, but with knowing the league so well and being around for the number of seasons that I have,” said Haworth. “I have a lot of experience that I can bring, a lot of leadership qualities that I can bring and hopefully help elevate them to the next level along with the other new guys we brought in.”

Indy Eleven will finish its preseason campaign this Saturday in a doubleheader at the team’s training home of the Grand Park Events Center and Sports Complex in Westfield. The Circle City Men’s College Showcase will see Indiana’s Team face off against the University of Indianapolis (10:00 a.m.) and Indiana University (8:00 p.m.). Both games will be open to the public, with fans being able to purchase one $10 ticket at the door that will be good for all games played that day. Fans can also follow the action on the @IndyElevenLive Twitter feed, presented by Honda, for in-game updates.