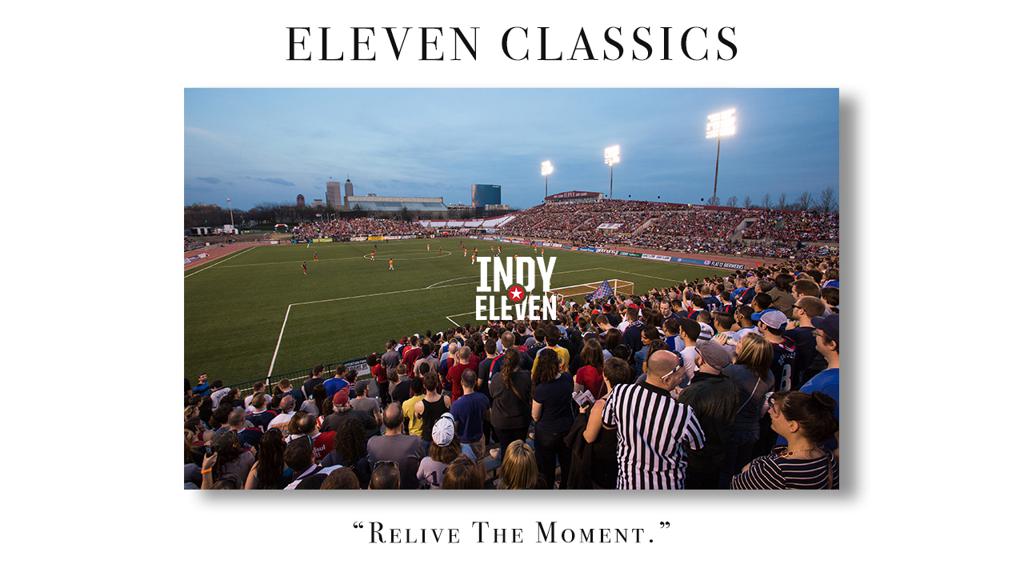 Indy Eleven is filling the void of live games for soccer fans in Central Indiana and beyond with this weekend’s launch of the Eleven Classics series of online video streams via YouTube Live.

Fans can click here to visit Indy Eleven’s YouTube home and subscribe to the channel, which will send notifications for the 7:00 p.m. live streams occurring on upcoming Wednesday and Saturday evenings.

The Eleven Classics schedule of more than 40 games from across Indy Eleven’s first six seasons kicks off tomorrow, Saturday, April 4, with the dramatic 2-1 win over the New York Cosmos from April 16, 2016. The win was the first victory of an undefeated NASL Spring Season that ended with the first title in the club’s history.

“Our entire organization is continuously thinking about our fans and how we can keep them connected to their team during these challenging days,” said Indy Eleven President & CEO Greg Stremlaw. “Showcasing games from our short but impactful history is another way in which we look to lead the way in keeping the Eleven community engaged and together while we await our return to the field.”

During the live streams, fans will be able to engage in live chat conversations and hear commentary from current and former members of the Boys in Blue during select broadcasts. Fans are encouraged to visit indyeleven.com/classics for the schedule of upcoming games, links to each game’s stream and more original and interactive content around the Eleven Classics series.

More Indy Eleven rebroadcasts will be featured periodically in the coming weeks as part of the USL Championship’s YouTube Premiere series of content. In addition, fans can follow Indy Eleven goalkeeper Jordan Farr as he competes in the USL eCup: Rocket League Edition airing live on the ESPN App and ESPN3, beginning with this afternoon’s 3:00 p.m. match; click here for more details.