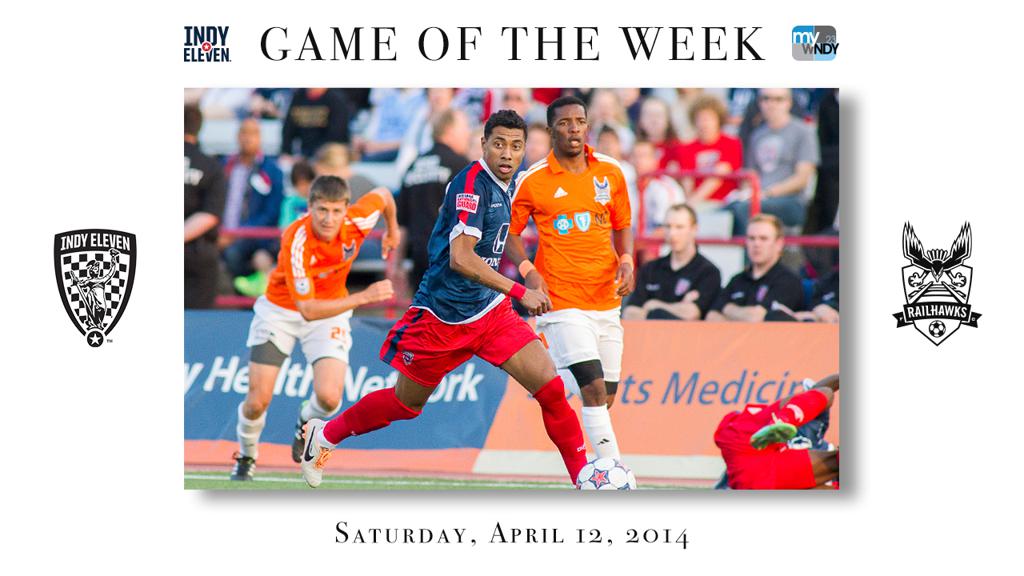 The TV home of the Boys in Blue is coming through for fans of Indiana’s Team, as the USL Championship club and WISH-TV announced today that MyINDY-TV 23 will feature “Indy Eleven Game of the Week” broadcasts across the next four Sundays.

“Since day one, WISH-TV and MyINDY-TV 23 have served as tremendous partners in showcasing Indy Eleven to the growing number of soccer fans in Indiana and beyond,” said Indy Eleven President & CEO Greg Stremlaw. “We are thrilled to continue this relationship and provide another outlet for loyal supporters to celebrate some of the most significant games in our club’s history.”

The series of 4:00 p.m. Sunday kickoffs will debut this Sunday, April 12, by featuring Indy Eleven’s Inaugural Game against the Carolina RailHawks – coinciding with the seventh anniversary of the historic day for soccer in the Hoosier State. The memorable 1-1 draw was played in front of an overflow sellout crowd of more than 11,000 fans at IUPUI’s Michael A. Carroll Stadium.

“We’re proud to continue bringing the excitement of professional soccer into the homes of viewers,” said DuJuan McCoy, owner, president, and CEO of Circle City Broadcasting, parent company of WISH-TV and MyINDY-TV 23. “While we eagerly await the return of live athletic events, we can all celebrate the success and growth of the Indy Eleven franchise over the past seven years through these classic broadcasts.”

The four-week series on MyINDY-TV 23 is set to feature the following matches (schedule is subject to change):

Sunday, May 3: November 5, 2016 vs. FC Edmonton (NASL The Championship Semifinals)

In addition to the “Game of the Week” broadcasts, Indy Eleven is curating an Eleven Classics schedule of more than 40 games from across its first six seasons, which will be made available to fans via live streaming on its YouTube channel on upcoming Wednesday and Saturday evenings at 7:00 p.m. More Indy Eleven rebroadcasts will be featured periodically in the coming weeks as part of the USL Championship’s YouTube Premiere series of content.

For additional ways to engage with Indiana’s Team, including ways to support the club’s food and beverage partners and Community Health Network caregivers on the front lines of the coronavirus response, visit indyeleven.com/StayHomeIndy.