Jeremy Rafanello's path to pro has taken him across the globe, but this is just the beginning 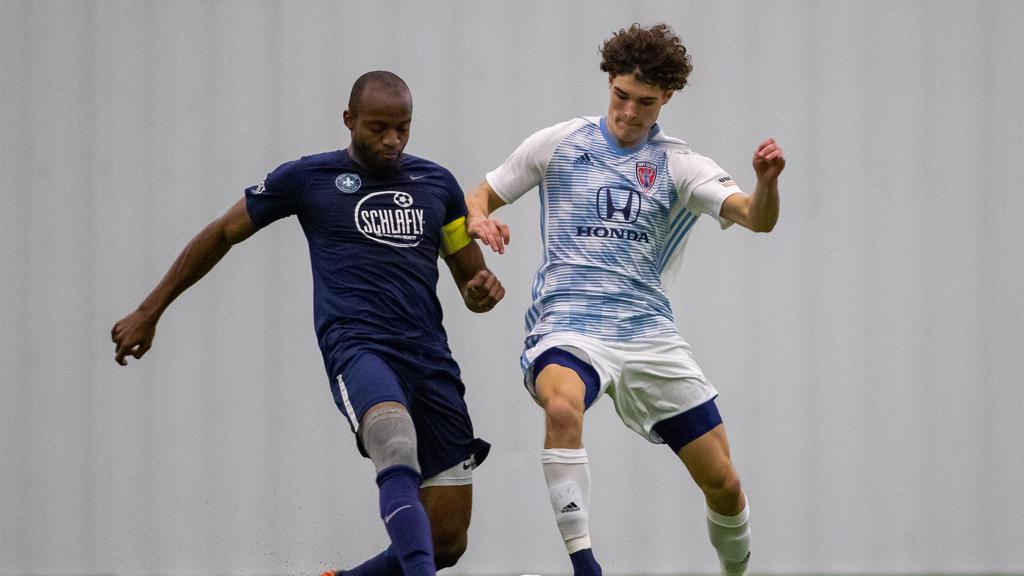 It all comes down to this. The ball rests at the penalty spot with seconds left in regulation time. The striker hammers his shot towards the back of the net, forcing the ‘keeper to come off the line for a save. The scene replays repeatedly, the outcoming changing with each attempt in the backyard of one Delran Township household. For New Jersey native Jeremy Rafanello, it was just another day.

“I’ve wanted to be a professional my whole life,” said Rafanello. “Ever since I was 3 or 4 years old because my older brothers played it whenever we would come home from school. We would all put down our bags and go play in the backyard against each other. It put that competitive nature inside of me, and because I’m the youngest brother they would never let up on me”.

But even Rafanello could not have predicted that his love for the game would see him realize his dream of turning pro come so quickly – or through such a winding path. The recently-turned 20-year-old lived an 18-month sojourn that even the most veteran of journeymen might not experience, ending in an open tryout performance that led him to joining the Boys in Blue this past February.

A former Philadelphia Union youth academy product, Rafanello began his collegiate career at Penn State University in the fall of 2018. Despite numerous appearances in the starting lineup for the Nittany Lions, Rafanello, fueled by the competitiveness he developed between his brothers, set his eyes on new horizons.

“I was eighteen, and I just wasn’t happy with my development being at a standstill,” said Rafanello. “Of course, once I got the opportunity to go professional, I took that chance to go to a European country and do what was best for my career.”

That European country was Denmark, where he signed with Second Division club FC Helsingør in July of 2019 after a trial with the team. Rafanello continued to hone his craft with professionals at the Danish club, while also learning how to live without his family being just a few hours away.

“It’s different because you get an unreal amount of freedom, getting to do whatever you want to do,” said Rafanello. “You also have to be conscious of what you’re doing, making sure not to ruin the opportunity.”

When not visiting Helsingør’s local hot spots or trying new foods with the few American youngsters he signed with, Rafanello was hard at work, spending countless hours reveling in the presence of his veteran teammates and learning the ins and outs of being a professional.

“Being around a bunch of older players who were always really competitive in training, carried over every single day,” said Rafanello. “It made me realize that this was my job now and prepared me for what I had to do.”

It wasn’t long before opportunity came knocking once again – a chance to return stateside over the winter and continue his professional career, this time as a potential member of Indiana’s Team. However, rather than fight for a spot against a handful of savvy veterans, Rafanello would instead have to stand out in a sea of more than 130 hopeful players, each of whom were equally trying to make their mark during Indy Eleven’s two-day open tryout at Grand Park in January.

Against players from every corner of the state, country and planet, Rafanello indeed impressed the Eleven coaching staff enough to earn an invite back to the team’s training camp in February. The young striker indeed ensured the team’s investment in him paid off, earning a contract in mid-February that he described as one of the cooler moments of his life.

“It was an awesome experience, earning a spot on the team,” Rafanello said. “I worked my butt off the whole time trying to get the contract, trying to get a spot on the team. Once that happened, I was really relieved and thankful to be able to start somewhere new. I just want to come in here and do whatever I can to get on the field.”

Time will tell if Rafanello will be able to make that impact on the field this year, and the timing of the season is anything but certain while the USL Championship and most other professional sports leagues continue to navigate their way through the ongoing coronavirus pandemic. What remains constant for Rafanello is that competitive nature he fostered as a kid, which continues to show itself whether he’s pushing himself during at-home workouts or playing some Xbox against his friends during some down time.

For Rafanello, the reality of his life so far is simple: he’s living his dream, and it’s just getting started.