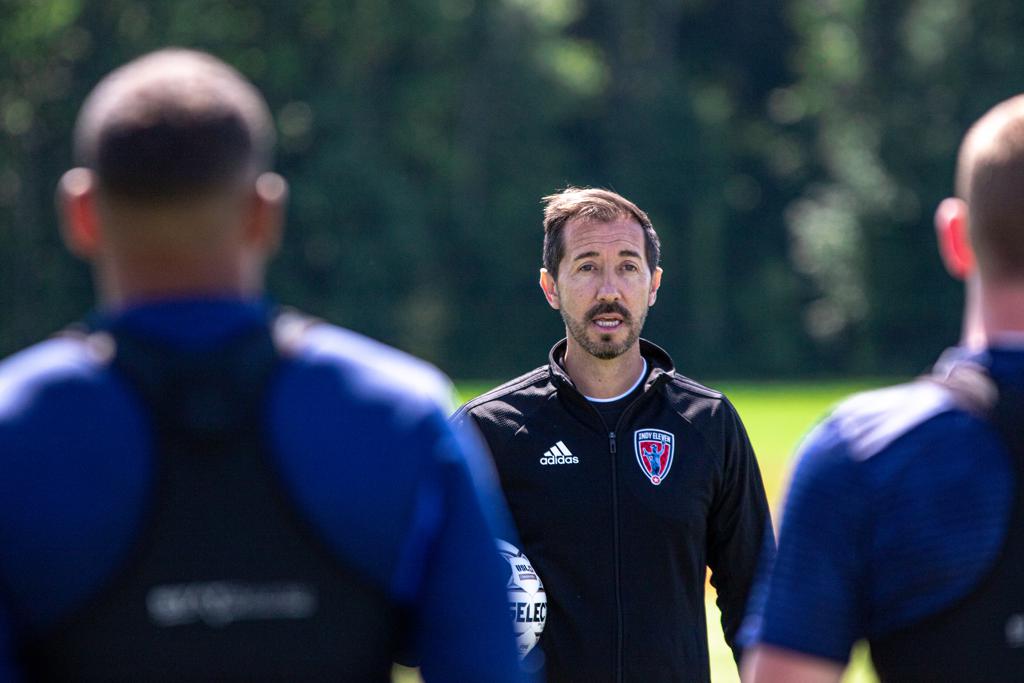 Indy Eleven took the field on March 7, kicking off the 2020 season with a match away to Memphis. It was a resounding 4-2 victory and laid down a strong benchmark for what was to come.  In the three months since, they have not taken the field again.

As the COVID-19 pandemic spread across the country, sports became one of the many institutions put on standby as the nation tried to flatten the curve.

In the interim, both the staff and players of Indy Eleven found themselves in limbo, awaiting a return to training and a chance to be back on the playing field.

“Obviously having that preseason, get one game under our belt and then suddenly have this big break was a bit weird,” Eleven captain Matt Watson said. “That’s something I’ve never experienced before in my career.”

New signing Nick Moon shares that sentiment. As a younger professional, he got his first taste of action with Indy in that season opener, appearing off the bench and tallying two assists on his debut. Unlike many others on the squad and as a newcomer to Indianapolis, Moon does not have the commitments they do. As such, his lifestyle has become quite different.

“[I] basically just have training, games, traveling, all that stuff is what I spend most my time, or my energy doing,” Moon said. “It’s such a weird time.”

In recent weeks, that training portion has become more prevalent, as Indiana’s Team has returned to its home at Grand Park Sports Complex in Westfield. Adhering to a strict set of safety protocols might seem like the most obvious change, but another difference to get used to has been having to train for a team sport as individuals – just one of several steps to check off in anticipation of when the season restarts.

“The league set up a lot of different points that we have to align with,” Head Coach Martin Rennie said. “Since we’ve been back in practice it’s been really good to see the players.”

Even though the players are back to soccer activities, training is not quite what the squad is used to. Split into groups of 10, based on roommates and those that live close to each other, the players are doing what they can to stay fit and focused on the resumption of the USL Championship season, with a provisional start date currently set for July 11.

Simple, non-contact drills have replaced the typical five-a-side and 11v11 scrimmages the players would normally be engaged in. More shooting practice, more passing and more technical work is getting done in this time.

“The shooting’s been fun though,” Watson said smiling. “I’ve had a lot of fun [shooting].”

Rennie says that even though it is small groups, it is better than the individualized workout regiments the players were doing previously at their respective homes. Watson says that he prefers it to having to work-out by himself. “It’s good to get back out there, see the boys more,” Watson said.

“It’s a really positive step forward,” Rennie said. “It’s fun to be a bit more involved in the training. We’re definitely moving in the right direction.”

Though the players have been apart, Rennie believes the squad has done well to stay motivated during this time. Now back in practice, that motivation is being used to get back in the swing of things.

“We have to make the most of the situation that we have,” Rennie said.

Before the shutdown, the squad took the necessary steps to keep fit and so the transition has not been as rough as it could have been.

“Obviously, we did a lot of work in preseason on the tactics and the team shape and so it shouldn’t take us too long to refresh everybody’s memory. Everybody is itching to get started,” Coach Rennie told the radio show.

Come mid-July, Indiana’s Team will be prepared to continue their challenge for the USL Championship Cup.