St. Ignatius Alum Earns Player of the Year Honor for Efforts On and Off the Pitch 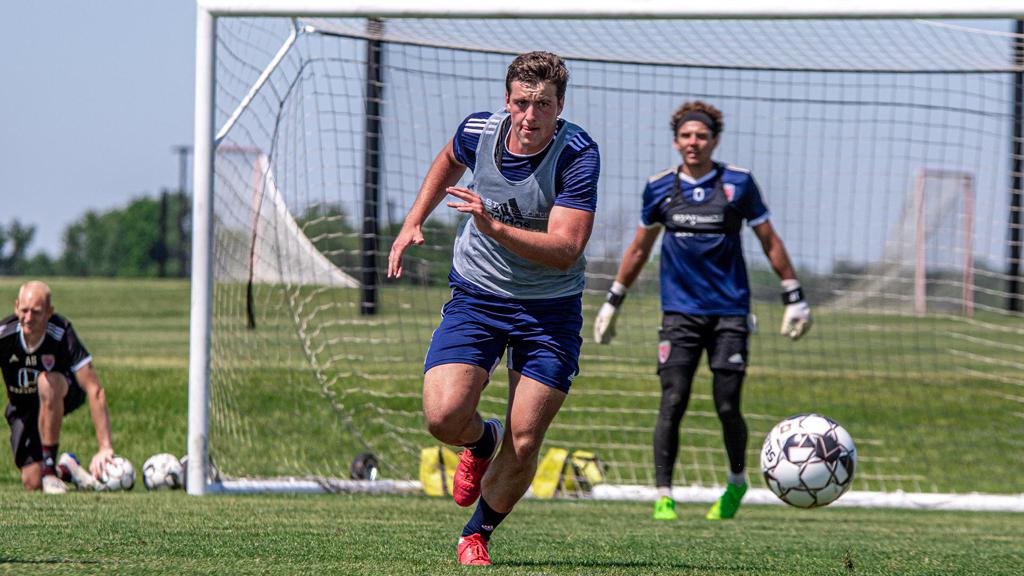 On June 9, the trophy case of Indy Eleven midfielder Kyle Folds got a little fuller. After leading his high school alma mater, St. Ignatius H.S. in suburban Cleveland, to state and national titles in the 2019-20 season, as well as picking up several honors for himself in four years, Folds was recently named the Gatorade Ohio Boys Soccer Player of the Year for his efforts on and off the pitch.

"Without a doubt, Kyle is a special soccer player and young man. Kyle has a unique combination of skill, determination, athleticism, and a great soccer IQ. He was invaluable in helping us win the state and national championship this past season. I'm so happy for him, and I'm looking forward to watching him succeed at Indiana and beyond,” McLaughlin told the school website.

The versatile 18-year-old defender and midfielder chipped in 10 goals and five assists during his senior season en route to the prestigious award. Playing against the nation’s top competition, Folds showed his ability all over the pitch, finishing as the 68th ranked player nationally in his class by TopDrawerSoccer.com while helping the Wildcats to their ninth OHSAA Division I State Championship and fifth national title.

Not wanting to forgo his senior season, Folds joined Indiana’s Team after concluding his playing career at St. Ignatius, penning a USL Academy contract on January 17 and joining fellow academy recruits Holden Brown and Emerson Nieto. Folds first received a call from Eleven Assistant Coach Phil Presser, inviting him down to Indy for a trial in the Fall of 2019.

“I really wanted to play my high school season,” Folds said. “It was going to be special; I just knew.”

Now fully integrated with Indiana’s Team, Folds has been able to hone his skills by practicing with veterans of the sport.

“It’s just a major difference playing with seasoned pros,” Folds said. “I saw a great opportunity working with Coach [Martin] Rennie, just a great situation for me before college.”

Folds says that working with Indy showed him that his focus level must always remain high.

“There is some real accountability here,” Folds said. “You have to make sure you’re mentally focused, trying your hardest the entire time.”

Folds will soon leap further south to Bloomington to begin his collegiate career with the storied Indiana University program – much like another hard-nosed midfielder and former Ohio Gatorade Player of the Year, 2000-01 award recipient and ex-Hoosiers captain Danny O’Rourke.

This fall when Folds joins the Hoosiers, his goal is to get onto the field as soon as possible. For an incoming freshman, this is not an easy task to accomplish - but it’s also not out of the question on a young and hungry IU squad.

“I’ve got to go in fit and ready to work hard and not be shy,” Folds said. “[I need] to do my thing, try my hardest, keep working.”