PREVIEW | Eleven Kick Off Two-Game Week at Home vs Hartford 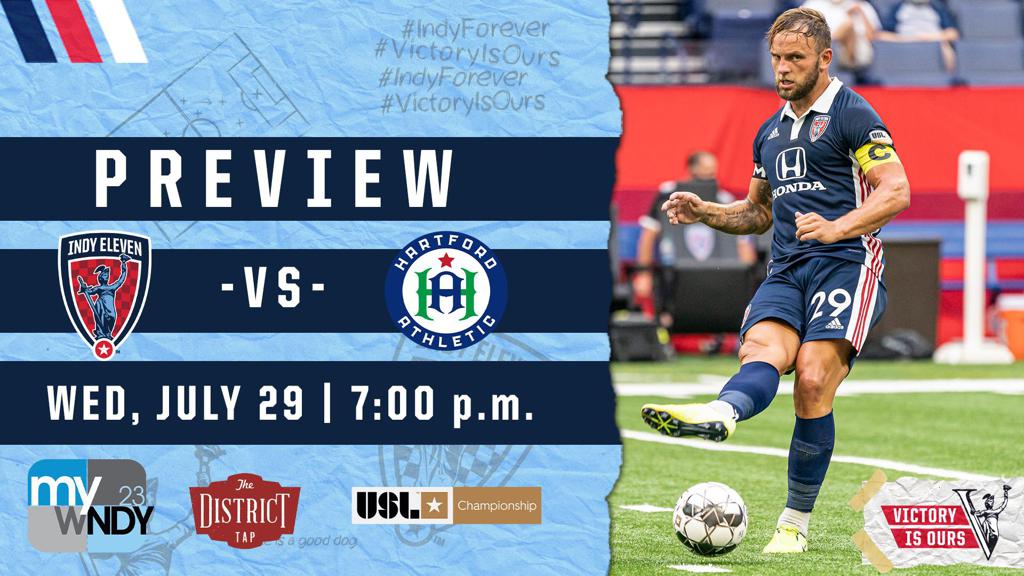 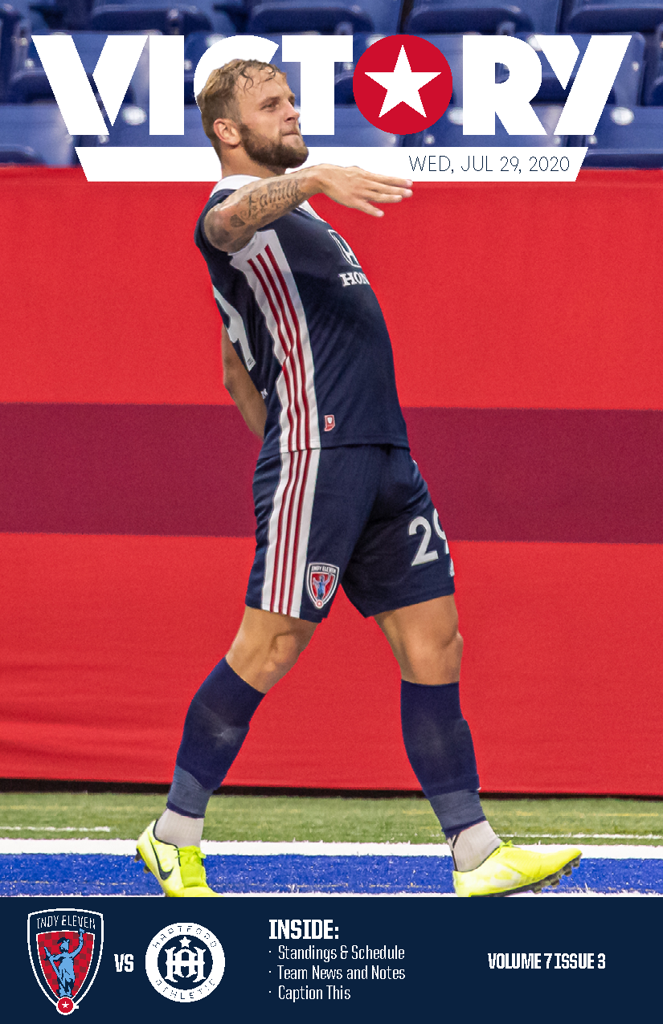 Indy Eleven returns home on Wednesday after a two-match road trip that included a pair of 1-0 results – last Wednesday’s dramatic win at Pittsburgh Riverhounds SC and its first defeat of 2020 Sunday in Saint Louis. Despite outshooting STLFC 19-2 on the day, a 24th minute goal from forward Tyler Blackwood brought Indy’s perfect start to an end. However, Indiana’s Team remains on top of the USL Championship with 12 points, making it one of only two clubs sitting on double-digit points heading into Week 6 alongside Landon Donovan’s San Diego Loyal side.

Indy will be put to the test again on Wednesday against a hard-nosed Hartford Athletic team that has taken maximum points from their matches this season (3W-0L-0D). The schedule makers did Indy Eleven no favors at the onset of the Championship’s restart, as its fourth match in 12 days’ time on Wednesday evening comes in a non-group fixture against an on-fire Hartford Athletic side. In order to balance the 2020 return-to-play schedule, Hartford is one of three opponents outside of Group E –  the March 7 season opener at Memphis 901 FC and a home-and-away set with Pittsburgh – that Indy Eleven will face during the revamped 16-game regular season.

In stark contrast to last season’s inaugural start, Hartford Athletic have come out swinging to start off 2020. The second-year club has taken over the top of the Group F table after a come-from-behind 3-2 victory against Philadelphia Union II at home last Saturday, keeping its spotless record in an attempt to keep pace with the Eleven’s pace out of the gate. With Hartford having scored seven goals in its last three matches, it’ll be up to Indy’s staunch defending to keep the attack-minded visitor’s chances limited.

Indy Eleven and Hartford Athletic began their series history in 2019 by defending their respective home turfs. Indy got the upper hand in front of a record crowd of 20,251 during its 2019 home opener last March 30, using Nikolaj Lyngo’s own goal to post a 1-0 victory. Hartford returned the favor in Connecticut on July 13 with a 2-1 win that saw ex-Eleven striker Wojciech Wojcik score the eventual game-winner.

Don’t be surprised if Indy Eleven sees Hartford Athletic come October, as the top two teams in Indy’s Group E and Hartford’s Group F will be aligned with cross-group match-ups in the opening round of the USL Championship Playoffs.

Indy Eleven defender and captain Paddy Barrett has had an impressive start to his 2020 USL Championship season, playing all but six minutes possible through five matches. He currently leads the team in clearances (21) and in a four-way tie for most interceptions (7). Barrett is also second on the team in passes with a league-wide tally of 269 (third in USLC), trailing only fellow defender Neveal Hackshaw (339), with an accuracy of 77.7%.

The Irishman was a key figure in keeping Saint Louis’ chances to a minimum Sunday evening, registering three clearances and a blocked shot – one of only two total allowed on the day. While primarily tasked with marshaling the defending third, Barrett is no stranger to sparking Indy’s attacking efforts, having created a chance on goal and tested STLFC ‘keeper Kyle Morton with two curling shots near the end of the second stanza on Sunday. In fact, his seven shots are tied for third most on the Eleven and for 25th across the league.

Though with only one goal to his name so far in 2020, midfielder Mads Jorgensen has been one of the liveliest players for Hartford Athletic, leading the team in shots (9) and shots on target (6) through three games. Jorgensen is fourth on the team in total passes (92), completing 66.3% of those attempts.

Jorgensen’s lone goal came in Hartford’s dramatic win on Saturday over Philadelphia, with his shot being the equalizer in the eventual 3-2 victory. He has yet to record an assist, but his shooting ability is something to keep an eye on for Wednesday.