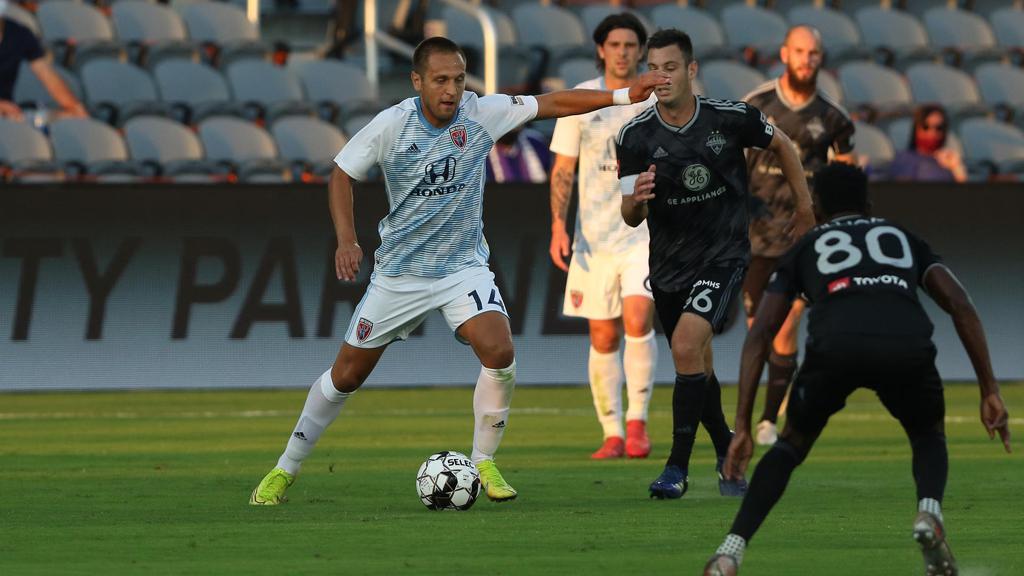 Each week in 2020, IndyEleven.com’s Spencer Sharpe will give his takeaways from the performance of Indiana's Team. This week's edition comes after Indy's 1-1 draw at Louisville City FC in Week 7 play.

Though Tyler Pasher’s name was ultimately highlighted on the scoresheet after finding the equalizer in Saturday’s 1-1 draw at Louisville City FC, his goal and many other chances wouldn’t have been possible without Andrew Carleton’s creativity up the pitch throughout the evening. The Atlanta United homegrown signing has really found his confidence in Indianapolis and has become an integral part of Head Coach Martin Rennie’s USL Championship- leading side.

Operating in more of a free role than in previous matches, Carleton was a constant thorn in LouCity’s side, pulling the strings for the Indy attack quite effectively, testing LCFC ‘keeper Ben Lundt with a shot on target and having created another three chances. In fact, it was Carleton’s give-and-go play with Ilija Ilic that led to the sublime cross across LouCity’s goal, connecting with Pasher to level the match.

Coach Rennie was quick to give praise to the on-loan forward during a post-game call:

“I felt it was [Carleton’s] best game for us. I noticed that he’s really started to play really well, which will make his confidence grow and help us even more.”

Coach Rennie wasn’t the only one paying close attention to Carleton throughout the match. Atlanta United fan and Twitter user Bobby Rampage (@rampagebobby) compiled a video of all of Carleton’s involvement in the year’s first Louisville-Indianapolis Proximity Association Football Contest, highlighting the ATLUTD loanee’s composure on the ball and sharp passing.

Carleton’s heatmap also reflects that of a false-9 who has full reign to leave his influence on the match. With Indy Eleven now entering the back half of the 2020 USL Championship, that influence will be key in helping the team progress into the final of the Eastern Conference Playoffs once again and this time hopefully coming home with the trophy. 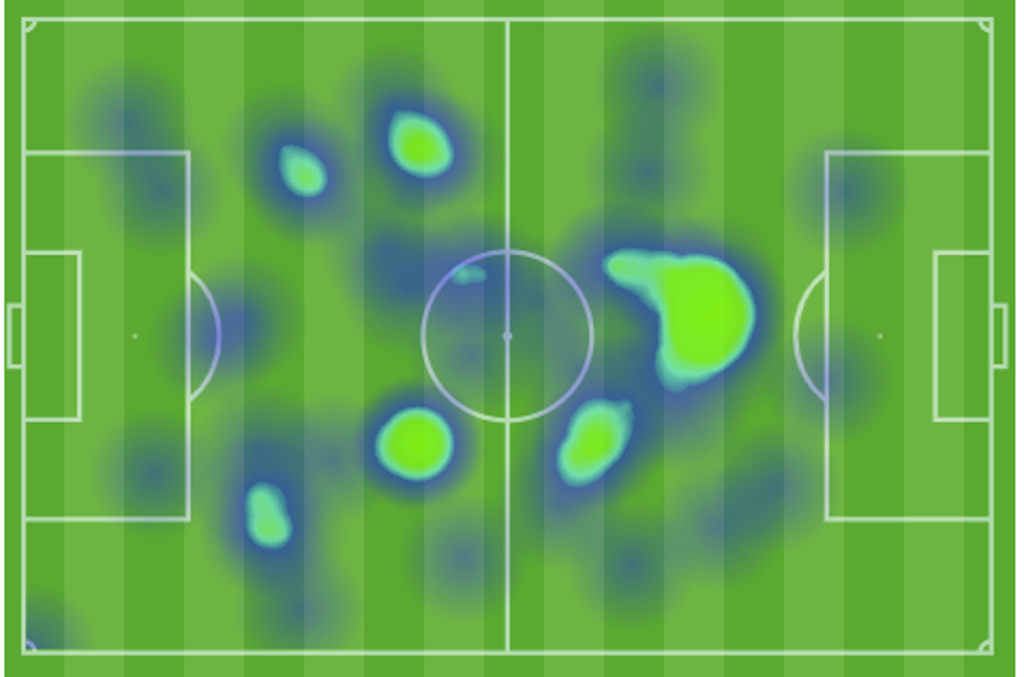 It’s been a test of tactics for Coach Rennie through the front-loaded first half of the adjusted schedule, forcing the third-year manager to rotate his starting lineup to keep the players as fresh as possible. One of the players who has benefited most from this is Ilija Ilic, who has wedged himself into a position as a vital cog in the Indy offense. He has become something of a super-sub for Indy, a position he flourished in since returning from injury in July of 2019.

Ilic got the starting nod, his second of the season, on Saturday against his former LouCity teammates, combining well with Carleton and Pasher to form a deadly front three in attack. Though it doesn’t count towards his current assist tally (2), Ilic got the “hockey assist” on Pasher’s goal, as the Serbian forward worked a neat 1-2 with Carleton down the right flank, before the latter whipped in his cross that team’s leading goal scorer touched home.

A strong and physical forward, Ilic’s positioning on the field allows him to draw opposing defenders to him, creating more space for his attacking counterparts. He may not be asked to score many goals, but his efforts will lead to more chances for his teammates in the long run.

THE GANG’S ALL HERE

It’s safe to say that topping the 2020 USL Championship leaderboard as the squad heads into Week 8 has been nothing short of a full-team effort. Every member of the squad – barring USL Academy contract players – has appeared at least once for Indiana’s Team during the first eight matches of the campaign, including both goalkeepers. Of the now 25-man roster, only FIVE players have appeared in all eight matches – Tyler Pasher, Drew Conner, Neveal Hackshaw, Tyler Gibson and Nick Moon – with Hackshaw being the only player to play all 720 minutes possible minutes heading into the next match.

The heavy rotation in Indy lineup over the last two weeks is a testament to the trust Coach Rennie has in his team’s depth. Newcomers Nick Moon, Felicien Dumas, Jeremy Rafanello and Carleton have done well in the side when called upon, as has 2019 USL League One Defender of the Year Conner Antley, who’s seen minutes patrolling both flanks.

Veterans like Matt Watson and Ilija Ilic have shown their ability to impact the game off the bench – Watson having tallied a goal in addition to Ilic’s pair of assists. Defensively, Mitch Osmond has been used to give rest to Indy’s starting back three, and the Australian has made sure there has not been a drop in quality. He has also seen a few minutes in the midfield, an anchor for the team when holding on to a lead late into the match.

If you are excited about Indy Eleven’s performance in the front half of the 2020 regular season, then the second half slate must have you salivating. After claiming 16 points from four home and away matches each, Indiana’s Team won’t be leaving Indiana much at all over the next two months, closing the season with six of eight at Lucas Oil Stadium.

After this Saturday’s clash with Pittsburgh, the final seven games will all be Group E affairs. While Saint Louis, Sporting KC II and LouCity all have at least a game in hand on Indy, in a shortened season as such you’d rather have the points in hand – and that’s what Indy possesses, standing six points clear of STL.

To put it in as Indy terms as possible ahead of next Sunday’s 500- the Eleven start the second half of the race with a half a lap lead, the best driver in the field and the top strategist. But this is no time to coast to the finish, and you can bet Coach Rennie’s not telling his guys to save fuel.