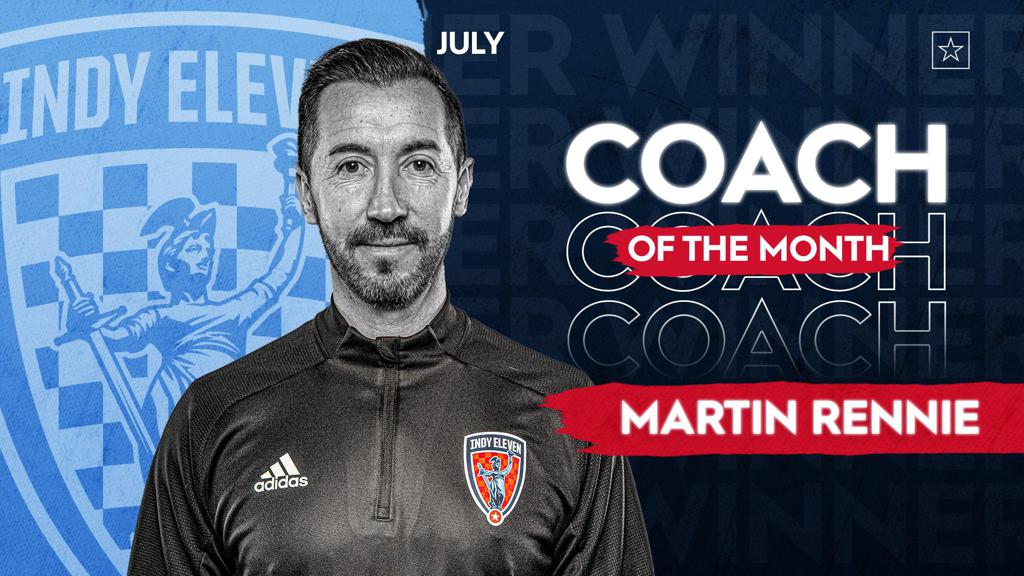 Indy Eleven’s Martin Rennie has been voted the USL Championship’s Coach of the Month for July, earning the award after leading his side to five victories in its opening six games of the 2020 Championship season across March and July.

Now in his third season at the helm for Indy, Rennie has built one of the leading contenders to reach the 2020 Championship Final. After a comeback victory against Memphis 901 FC in March, Indy won four consecutive games to start the season, including a thrilling late road victory against Pittsburgh Riverhounds SC on July 22. Indiana’s Team capped the month with a 4-1 victory against Hartford Athletic to finish with the most points of any side through the end of July.

“I’m very happy to receive this award on behalf of the players and staff at Indy Eleven,” said Rennie. “The players did an amazing job of keeping fit and focused during the months of lockdown, and as a result were able to start the season well on their return. I think everyone in the league is happy to be playing, so let’s keep it going and make the most of 2020.”

“On behalf of the organization, I want to congratulate Martin on this well-deserved recognition,” said Indy Eleven President & CEO, Greg Stremlaw. “To lead our squad to the top of the table under such unique and challenging circumstances is a testament to his approach and professionalism and our players’ commitment to excellence. We look forward to seeing where he and our entire technical staff can take the squad during the rest of the season.”

Rennie received 68 percent of the vote to take the first monthly award of the season. Hartford Athletic’s Radhi Jaïdi and Saint Louis FC’s Steve Trittschuh finished tied for second on 13 percent, with Trittschuh having led his side to victory in three of its opening four games, including STLFC’s first road victory against Louisville City FC in its history, and Jaïdi recording victories in three of the club’s first four games in its second season.