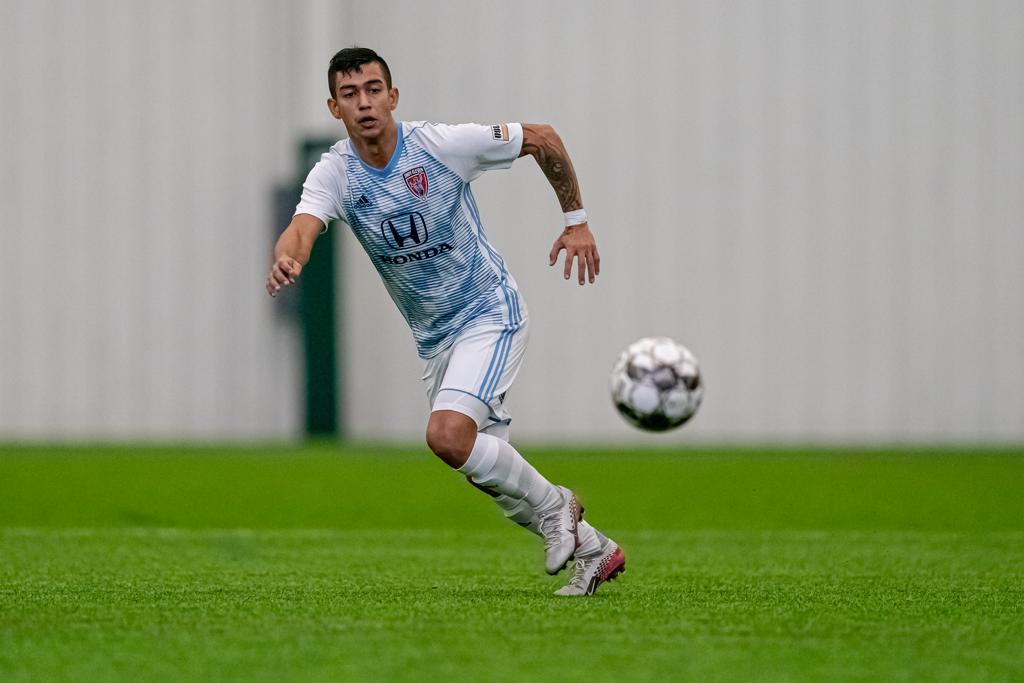 Indy Eleven today parted ways with Yeferson Contreras, terminating the loan agreement that brought the 21-year-old striker to Indiana’s Team from Colombian side América de Cali. With today’s transaction, Indy Eleven now carries a 24-man roster into the second half of its 2020 USL Championship season.

“We think the world of Yeferson as a person and a player, but the restrictions involved with bringing him back to the United States – at least in 2020 – led us to the decision to allow him to return to América de Cali,” said Indy Eleven Head Coach Martin Rennie. “We wish Yeferson and his young family all the best.”

Contreras’ start in Indy Eleven’s 2020 USL Championship season opener on March 7 at Memphis 901 FC marked his lone appearance with the club. Contreras returned to his native Colombia for the birth of his child during the four-month hiatus in the Championship’s regular season, complicating his potential return to the United States and Indiana’s Team.

Contreras came up through the youth teams of América de Cali and eventually made his first senior team appearances for the South American powerhouse in top flight (Caregoría Primera A) play at the start of the 2018-19 season. Contreras spent time on loan to Orsomarso SC (Categoría Primera B) in August 2019 before officially joining Indy Eleven, also on loan, back on February 19.

Indy Eleven continues its 2020 campaign in the coming weeks with back-to-back affairs in the Louisville-Indianapolis Proximity Association Football Contest rivalry series against Louisville City FC, starting on the road next Wednesday, August 26. Kickoff at the new Lynn Family Stadium in Louisville is set for 8:00 p.m. and can be followed live on MyINDY-TV 23, ESPN+ and Exitos Radio 94.3 FM/exitos943.com.

Indy Eleven will then welcome LCFC to Lucas Oil Stadium on Saturday, Sept. 5 for the first of five straight home games spanning the month of September. Tickets for the 7:00 p.m. LIPAFC kickoff are available at indyeleven.com/tickets, and fans can also follow the action on WISH-TV, ESPN+ and Exitos Radio 94.3 FM/exitos943.com.