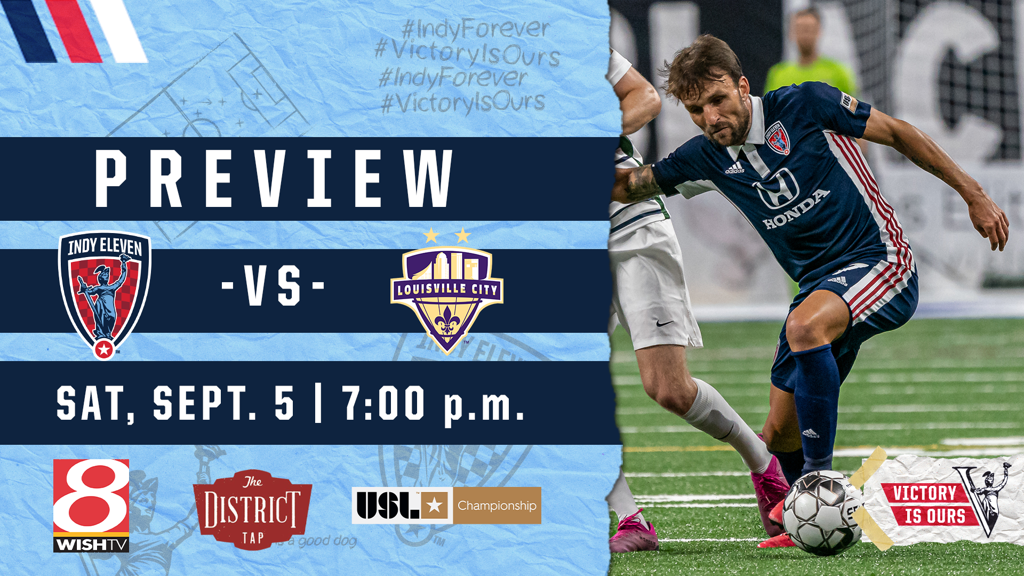 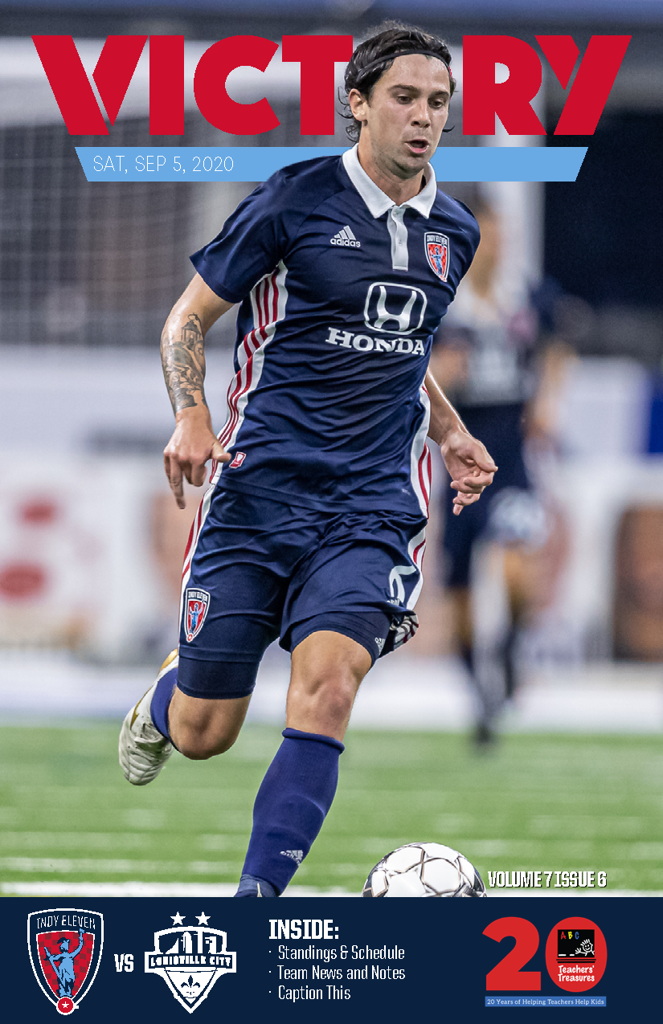 Third time will hopefully be a charm for Indy Eleven as the club will look to get its first victory in 2020 over visiting Louisville City FC in the third edition of this season’s Louisville-Indianapolis Proximity Association Football Contest (LIPAFC) rivalry series. During their last showdown at Lynn Family Stadium, Indy struggled to find its footing, falling 1-0 after a goal in the 62nd minute from LouCity captain Paolo DelPiccolo.

While bragging rights are on the line, an even bigger stake is in play on Saturday – the top spot in the Group E standings. Louisville City coupled their most recent victory over Indy with a 1-1 draw at Saint Louis FC just three days later, capping an 11-point, undefeated August for the Boys in Purple that slotted them just two points behind Indiana’s Team on the Group E table. With STL FC able to wedge itself between the LIPAFC squads via a potential win Friday evening over Sporting Kansas City II, a Saturday night triumph for either club would be huge when it comes to positioning atop a crowded Group E table.

Indy Eleven will have a large advantage over the last month of the USL Championship regular season, as Saturday’s anticipated rematch will kick off a five-game homestand at Lucas Oil Stadium spanning the month of September. Though August wasn’t the most productive month for Indiana’s Team, it does still boast one of the best home records in the league at 4W-1L-0D, so the September homecoming could be just what Indy needs to not just claim one of Group E’s two playoff berths, but also at least one home game to start a run in the USL Championship Playoffs.

That said, it is Louisville City FC (5W-3L-2D) that has been the group’s hottest team in recent weeks. Following a sluggish (re)start to the season, three wins and two draws the last five times out have buoyed the confidence of the three-time defending Eastern Conference champs. However, the road will get tougher, literally, for LouCity, which end their campaign with three of six games away from Lynn Family Stadium, the brand-new home that hosted eight of LCFC’s first ten matches in 2020.

The oft-disputed history of the Louisville-Indianapolis Proximity Association Football Contest is traced by most back to 1878, when the two sides settled for a 2-2- draw in the Kentucky Derby Sporting Goodtimes Championship. Although both clubs have gone through major transformations over the past century and a half, the rivalry has stood the test of time and remains “The Single Most Important Sporting and Cultural Event in Human History” (trademark pending).

In the modern (i.e. true life) era of the series, Indy Eleven is 2W-5L-4D in all official competitions since 2015, and has not come out the victor since May 5, 2018. While the current eight-game winless streak against its I-65 rival is a source of angst, Indy can point to some brighter spots in the series, such as a 2W-2L-1D mark across all contests in the Circle City that includes an undefeated 1W-0L-1D collection in USL Championship regular season meetings.

Saturday’s contest will be the third of the four scheduled games between the two clubs in 2020, and the first on the right side of the Ohio River. The first meeting on Aug. 8 ended in a 1-1 draw in Louisville, followed by the recent 1-0 LouCity win on Aug. 26. The 2020 regular season series of LIPAFC will conclude in 11 days, when both teams face-off once again at Lucas Oil Stadium on Wednesday, Sept. 16.

After missing the last LIPAFC affair on Aug. 26 due to suspension, defender Ayoze will look to re-enter the Indy Eleven starting lineup and play his usual critical role on the left flank. A red card and mid-season injury have limited the Spaniard to six of 10 possible appearances thus far in the shortened season, those absences punctuating the importance the 34-year-old has made every time he has been able to take the field.

Teammates can count on Ayoze to create chances, retain possession and spray the ball across the pitch with unparalleled accuracy, all of which will be crucial against Louisville’s high press offense. Moreover, the Spaniard’s ability and calm on the ball, veteran leadership, and bulldog-approach on the defensive side of the ball will be added edges to unnerve any opposing player in his path. Ayoze is half of the league’s best 1-2 punch on the flanks along with right-sided counterpart Carl Haworth, and with that duo slated to be together on the field for the first time in seven games dating back to July 18, Louisville will have their work cut out for them in different ways than what they saw in the first two meetings of 2020.

Midfielder Corben Bone was a thorn in the side of Indy Eleven’s defense during their last fixture on August 26, competing nearly 89% of his passes in Indy’s half while also contributing two shots on target that forced saves by ‘keeper Evan Newton. The former Major League Soccer performer spent most of the night hovering just over the center line in Indy’s half, often kickstarting attacking runs as he successfully distributed up the pitch to the likes of forwards Antoine Hoppenot and DelPiccolo.

Bone has been crucial in Louisville’s recent run of success, helping them go unbeaten throughout the month of August. The Plano, Texas, native has created 20 chances for his teammates on the season, tied for sixth highest in USL Championship play, making him an obvious mark for Indy’s central midfield – and others – Saturday night at Lucas Oil Stadium.