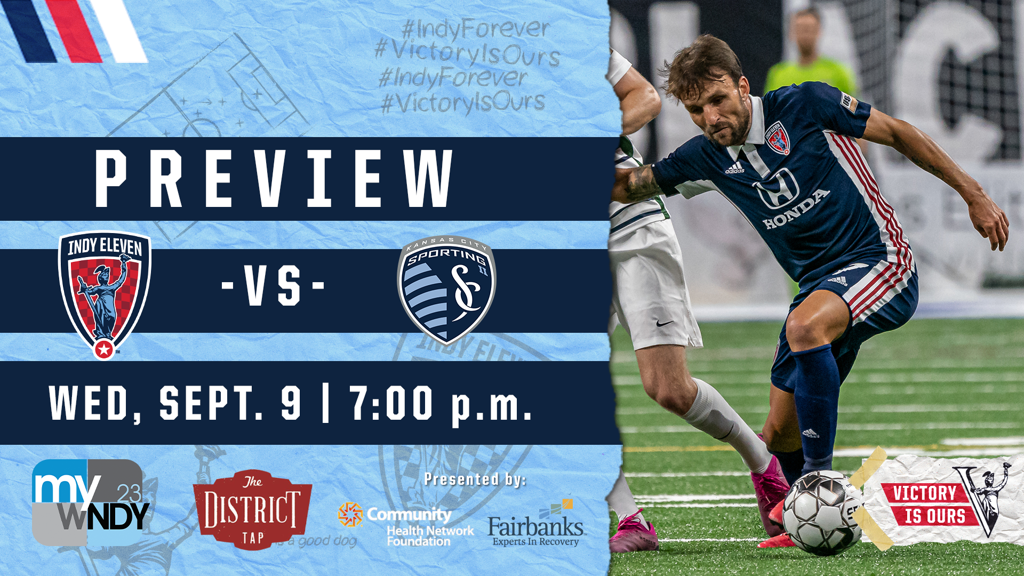 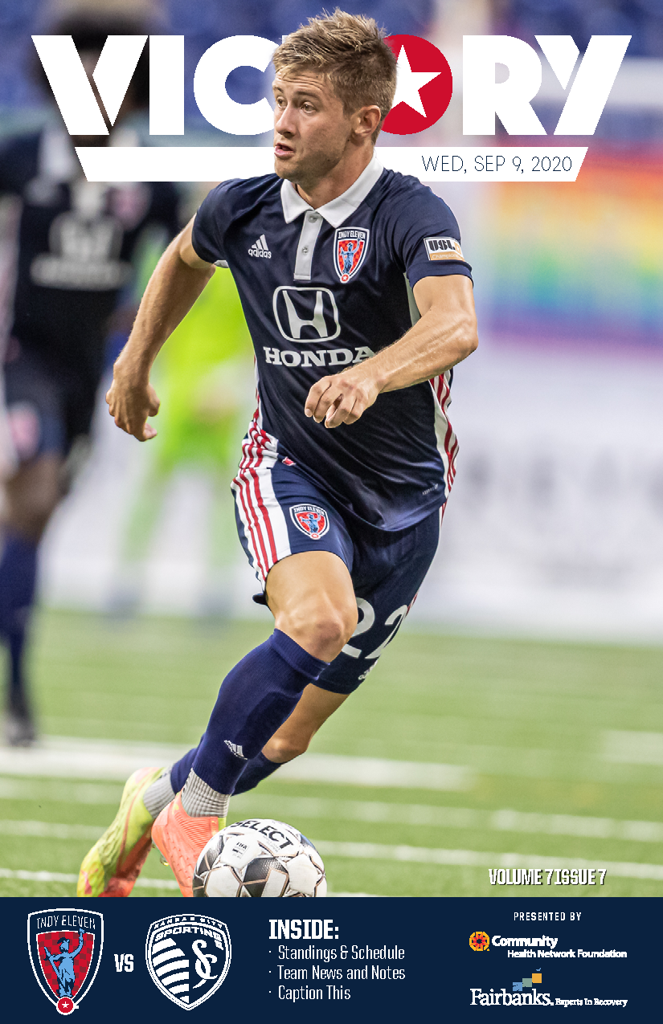 Indy Eleven prepares for a quick turnaround when it hosts Sporting Kansas City II at Lucas Oil Stadium this Wednesday evening, the second match in a five-game homestand for Indiana’s Team. Indy will look to rebound following a tough 1-3 defeat to Louisville City FC, the result dropping the Circle City squad into second place in Group E and out of the top position for the first time since returning to play on July 11.

Indy Eleven has only lost twice at home since July 7, 2018, going 21W-0L-7D before suffering a shock 1-0 loss to Sporting KC II on August 1. While Indiana’s Team has gone 1W-2L-1D in regular season play (3GF/5GA) since then, the club still boasts one of the best home records in the league at 4W-2L-0D. Thus, the month-long homecoming during September still provides Indy Eleven with a major advantage through the final stretch of the 2020 regular season.

Sporting Kansas City II will be looking for a comeback as well Wednesday evening after its two-game winning streak was snapped last Friday in a 3-2 thriller at Saint Louis FC, as in-form striker Wilson Harris’ brace wasn’t enough to best STL’s three second-half goals. Sporting KC II has tallied a 2W-3L-1D mark (10 GF/ 12GA) since its last visit to Lucas Oil Stadium, and while the final results haven’t always favored Wednesday’s visitors, they have managed to find the back of the net in each of those outings.

September will be a pivotal month for the Group E contestants. Recent performances from around the group has made the race for one of the two USL Championship Playoff berths from it a nail-biter, with just two points separating Louisville (20), Indy (19) and Saint Louis FC (18). With Sporting KC II trailing just behind with 13 points, all four teams still have the chance to knock each other out of the running.

Indy Eleven will look to improve upon its 3W-1L-0D record against Sporting Kansas City II, a series that began last year after the “artist formerly known as Swope Park Rangers” jumped to the USL Championship’s Eastern Conference.

Indy kicked off the first of four home matches against SKCII on July 16 in a thrilling 2-1 win against the visitors. Indy forward Tyler Pasher opened the scoring – his fourth goal in three games – at the edge of the first half, but it was long into the second stanza before SKC’s Wilson Harris leveled the game. Eleven captain Paddy Barrett stepped up and put the game-winning goal into the net just after the hour mark. Their second meeting on August 1 marked a historic win for SKC II, as their shock 1-0 upset powered by Daniel Barbir’s 70th minute tally snapped Indy Eleven’s 28-game home unbeaten streak and 11-game home winning streak.

Thanks to the unbalanced schedule provision in place this season, the Eleven will also host the remaining two games in the season series this Wednesday night and on Sept. 30, the latter marking Indy’s regular season home finale.

After missing the last LIPAFC affair on Saturday night, defender Ayoze will look to re-enter the Indy Eleven starting lineup and play his usual critical role on the left flank. A red card and mid-season injury have limited the Spaniard to six of 11 possible appearances thus far in the shortened season, those absences punctuating the importance the 34-year-old has made every time he has been able to take the field.

Teammates can count on Ayoze to create chances, retain possession and spray the ball across the pitch with unparalleled accuracy, all of which will be crucial against a young SKC squad. Moreover, the Spaniard’s ability and calm on the ball, veteran leadership, and bulldog-approach on the defensive side of the ball will be added edges to unnerve any opposing player in his path. Ayoze is half of the league’s best 1-2 punch on the flanks along with right-sided counterpart Carl Haworth, and with that duo slated to be together on the field for the first time in eight games dating back to July 18, Sporting KC II will have their work cut out for them in different ways than what they saw in the first two meetings of 2020.

When looking for a definition of a breakout season, look no further than Harris. Since transitioning into the professional ranks in 2018, the Sporting KC Academy product has made the most of his minutes by becoming a crucial part of SKCII head coach Paulo Nagamura’s attacking charge. At seven goals on the season, Harris sits atop his team’s scoring table by a large margin and is currently the Eastern Conference's third leading scorer behind only Tyler Pasher (9) and his ex-Eleven strike mate from last season, Charlotte's Dane Kelly (8). Before his brace against Saint Louis last Friday, Harris etched his name in the USL Championship history books by becoming the youngest player to hit 20 career goals at the age of 20 years and 275 days, reaching that milestone in just 50 appearances.

Prior to Barbir’s game-winner on August 1, Harris is the only other member of the Sporting KC II roster to have scored against Indy Eleven, scoring one time in each 2019 outing and once in the first 2020 contest. Though he tends to favor his left foot, Harris possesses the ability to score on his right when it matters most. With majority of his shots finding the frame - 12 of 20 shots are on target - Indy will be tasked with limiting Harris’ movement in the final third.