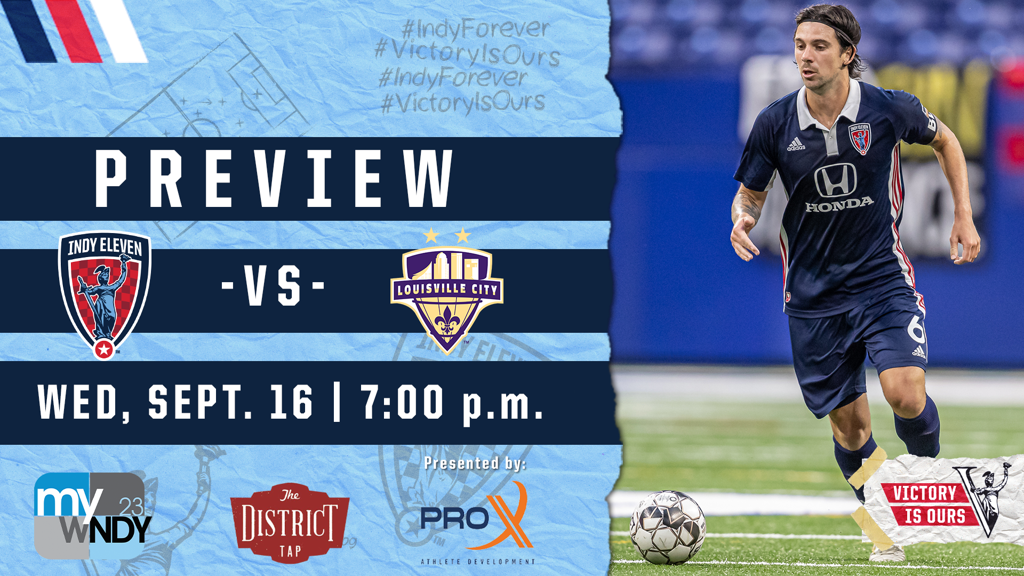 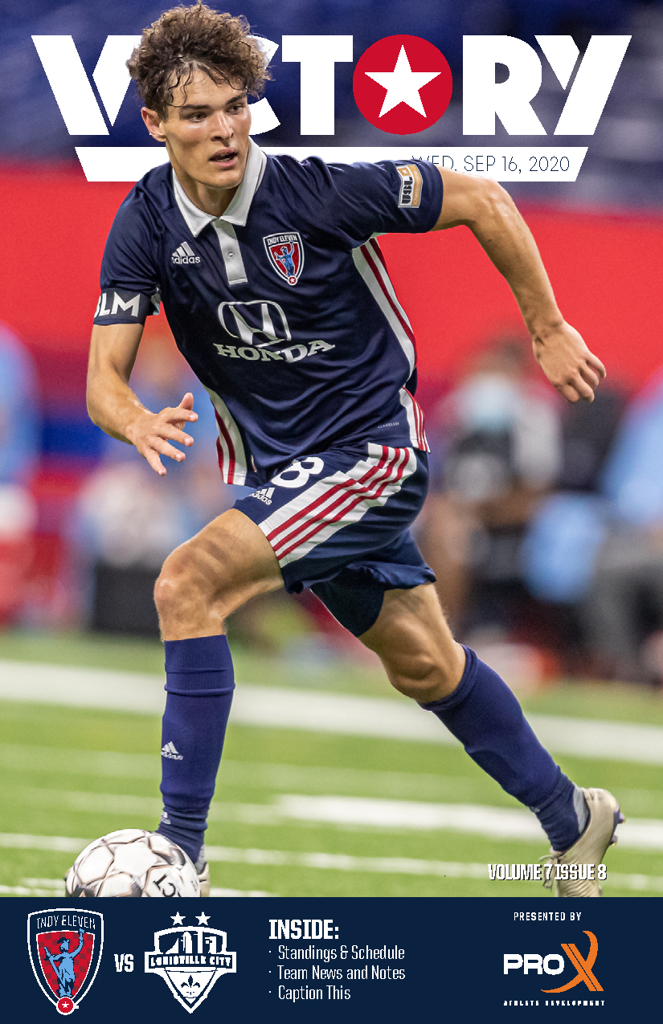 Indy Eleven will prepare to recapture first place when it battles visiting Louisville City FC this Wednesday evening at Lucas Oil Stadium, marking the fourth and final regular season meeting in the Louisville-Indianapolis Proximity Association Football Contest (LIPAFC) series. Indy will look to continue its winning ways after collecting a 2-1 victory over Sporting Kansas City II last week that put Indiana’s Team back atop Group E for a few days – a spot LCFC took back with a weekend win of its own over Saint Louis FC.

On the heels of a 3-1 loss to Louisville on Sept. 5, Indy’s win over SKCII last week provided a big morale boost, especially with it coming without the services of leading scorer Tyler Pasher. No other player outside the Canadian had scored in five games dating back to Aug. 1, but young forwards Nick Moon and Jeremy Rafanello stepped up to shoulder the attacking load and notched their second and first goals of the season, respectively, to secure the win. While its almost-league-record home undefeated and winning streaks were snapped earlier this summer, Indy still has an impressive home mark of 5W-2L-0D this season, an advantage it hopes will carry over against its rivals.

Louisville City FC has been one of the best teams – if not the best – in the USL Championship since the calendar flipped to August, putting the three-time defending Eastern Conference champs in prime position to take one of Group E’s two playoff spots up for grabs. LCFC improved its standing on that front thanks to a convincing 3-0 win over Saint Louis FC last Saturday, pushing its unbeaten streak to seven games (5W-0L-2D) in the process.

With four games remaining in the regular season for all four Group E sides, the hunt for one of the two available playoff spots is very much still on for every contestant. Louisville (23) and Indy (22) currently sit atop the standings, but Saint Louis (18) and SKCII (13) can still turn their season around and make a push to the postseason. Indy enters Week 13 with a “magic number” of nine points, meaning wins in three of its last four would secure extra soccer for Indiana’s Team.

Every year, fans of either side mark down the date when Indy and Louisville come together to do battle. This rivalry goes back to the 1800s, maybe, and has been a staple in Midwestern soccer for generations, probably.

But speaking in recent and relevant terms, Indy Eleven has struggled to get a foothold on its I-65 rivals. Since 2015, Indy has a record of 2W-6L-4D in the LIPAFC series, including a current nine-game winless streak. This year, Louisville has had the upper-hand, tallying a 2W-0L-1D record over its long-time foes.

The last meeting between the two concluded with a score of 3-1 in favor of the visiting Louisville City, a defeat that marked the first time in 40 USL regular season home contests at Lucas Oil Stadium in which Indy Eleven lost by multiple goals. Head Coach Martin Rennie called it “probably the worst loss we’ve had in this building,” so it bodes well that only 11 days’ time needs to pass in order for Indiana’s Team to push it out of its collective memory.

Conner has been one of the resident ironmen for Indy Eleven this season, appearing in all 12 games this season and starting 10 of them. His 912 minutes are third most for an Indy field player – and his energetic, nard-nosed style have made him hard to miss during them.

Against SKCII, Conner was a disruption machine, his intensity making it difficult for the opposition all over the pitch and statistically manifesting itself in a borderline ridiculous 21 duels entered (11 won) on the evening. Not once, but twice in the contest Conner successfully challenged and made two slide tackles on two different opponents, capping off his first burst by playfully punking a SKC player with the ball to delay a restart. It was bravado, attitude and confidence in the style that only Conner could execute, and it helped propel his squad to a much needed three points.

That type of intensity was what Indy lacked in the loss to LCFC two weekends ago, so you can expect Conner will come out the gates to set the tone and disrupt the red-hot Louisville attack in what is the most pivotal game of the shortened season to date.

At what age does one reach “grizzled veteran status?” We can’t be positive, but Sean Totsch will test that boundary when he turns 29 years old on Wednesday night – and you can be sure that three points is the only present he’ll want to take away from Lucas Oil Stadium.

The to-be birthday boy has been THE guy for LouCity when it comes to defense, placing in the top two on the team in clearances (23), interceptions (20), blocked shots (5), tackles (30), tackles won (20), duels won (71), ariel duels (40), and ariel duels won (27). While LCFC’s attack has been turning heads recently, it’s Totsch who has been integral to Louisville being one of the league’s premiere defenses, its 10 concessions counting as the third least in the Championship.