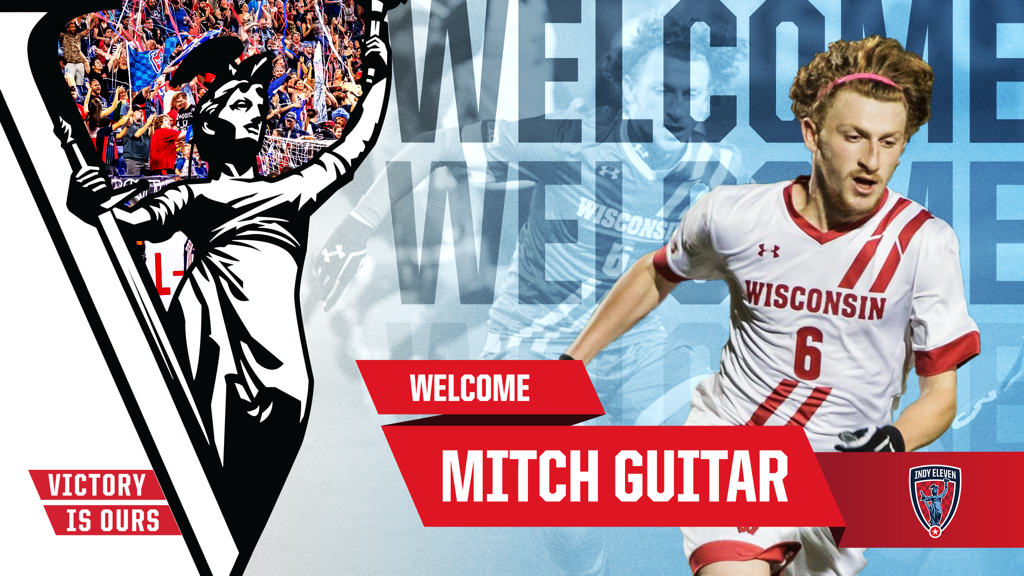 Indy Eleven was active at the USL Championship’s roster deadline, signing University of Wisconsin midfielder Mitch Guitar and loaning midfielder Kenney Walker to Louisville City FC for the remainder of the 2020 campaign.

The “like for like” transactions keep the Indy Eleven roster steady at 25 players for the stretch drive of the 2020 USL Championship regular season, which includes three remaining games for Indiana’s Team in a competitive Group E. Visit indyeleven.com/2020-roster to see the team’s full roster.

On the heels of last month’s signing of Indiana University product Josh Penn, Guitar is the second Big Ten Conference player to forgo the remainder of his collegiate eligibility in order to join the professional ranks with Indiana’s Team.

“Mitch Guitar is an outstanding college prospect that we are delighted to add to our roster,” said Indy Eleven Head Coach Martin Rennie. “He can play in a number of positions and has done extremely well in the time that he has been training with the club. We look forward to seeing Mitch contribute on the field and in our community for Indy Eleven.”

Guitar tallied two goals and five assists across 58 games (43 starts) with Wisconsin from 2016-18 and earned All-Big Ten Second Team honors in 2018 after starting all 17 of his appearances while marshalling the Badgers’ midfield. The native of Royal Oak, Mich., joined UW one season after his new Eleven teammate Drew Conner departed the program led by former longtime IU assistant coach John Trask.

The 31-year-old Walker leaves the Circle City after collecting one goal and five assists in his 34 appearances (25 starts) since joining Indy Eleven from FC Cincinnati in the build-up to the 2019 Championship season. This year, Walker started in one of his three appearances, clocking in 58 minutes of action during the shortened campaign.

“Kenney made wonderful contributions to the club over the last two years, and this was a move made to do right by him and allow him to prioritize time with his family based in that area,” said Rennie. “It also gives Kenney the deserved chance to continue his career in the USL Championship, and we wish him nothing but the best with Lou City.”