With Indiana's Team Now in the Offseason, Martin Rennie Shifts Focus to 2021 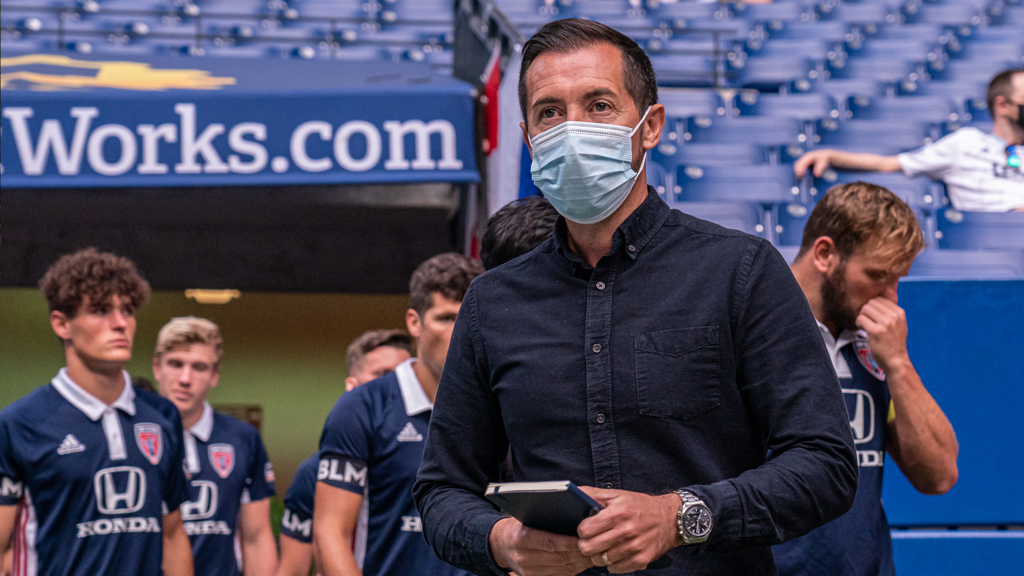 There are no words that can properly describe the feeling of the offseason starting well before it should, but it’s a feeling that Indiana’s Team has to cope with after its campaign ended on October 3, in the final weekend of USL Championship regular season action.

Coming off the heels of a multi-franchise-record breaking season in 2019 and a strong start to the 2020 campaign – pre and post-hiatus – Indy Eleven was considered an early favorite to be the team adding a star above its crest at the end of the USL Championship Playoffs. Unfortunately, a string of unfavorable results throughout the second half of the condensed 2020 schedule ultimately saw Indy Eleven fall just two points short of clinching one of two playoff berths from its group.

“To be here at this point in the season where it didn’t end the way that we wanted it to, it causes us to reflect on what we need to do better, what we need to improve and change,” said Indy Eleven Head Coach Martin Rennie. “We’ve been on a run of doing well for a long time. There are lots of things that are in a good place, but there are some adjustments that need to be made in order for us to learn from the mistakes we made this year.”

While the 2020 USL Championship Playoffs nears its end, with the Conference Finals taking place this Saturday and the finale taking place a little over a week later on November 1, Coach Rennie has gotten an early start on his postseason duties, which has included meetings with his technical staff and one-on-one chats with each of the players.

“We need to evaluate what was good and what wasn’t, because you don’t want to stop doing the things that are working well, but you do want to make adjustments and improvements where things haven’t worked out the way that you wanted to,” Rennie said. “So really, a lot of listening, thinking and evaluating, and then coming up with a plan that we can implement, that we can feel passionate and excited about.”

This is the first time Indy Eleven has been left out of the playoff picture since joining the USL Championship in 2018 – a circumstance born in part out of geography after being drawn into the Eastern Conference’s toughest group as part of the season restart. While the season ending early isn’t an overly-palatable outcome, Coach Rennie continues to look at the positives – a franchise-record 4W-0L-0D start to the season, multiple players on Indy’s roster tallying Team of the Week nods, earning the Player (Tyler Pasher) and Coach of the Month awards in July, and the opportunity to have played in front of a home crowd in 2020.

Accomplishments aside, Rennie and Co. will spend the offseason pouring over the results from the latter half of the year, developing a road map for success in 2021.

“We need to develop a plan that helps us look forward and say, ‘Look, we have become one of the best teams in the USL Championship. We want to be the best, but we’re not quite there yet. So, what do we have to do to do that?’”, Rennie said. “We are so much on the process of becoming the top team. We have to make changes; we need to be strong and we need to focus on what comes next.”