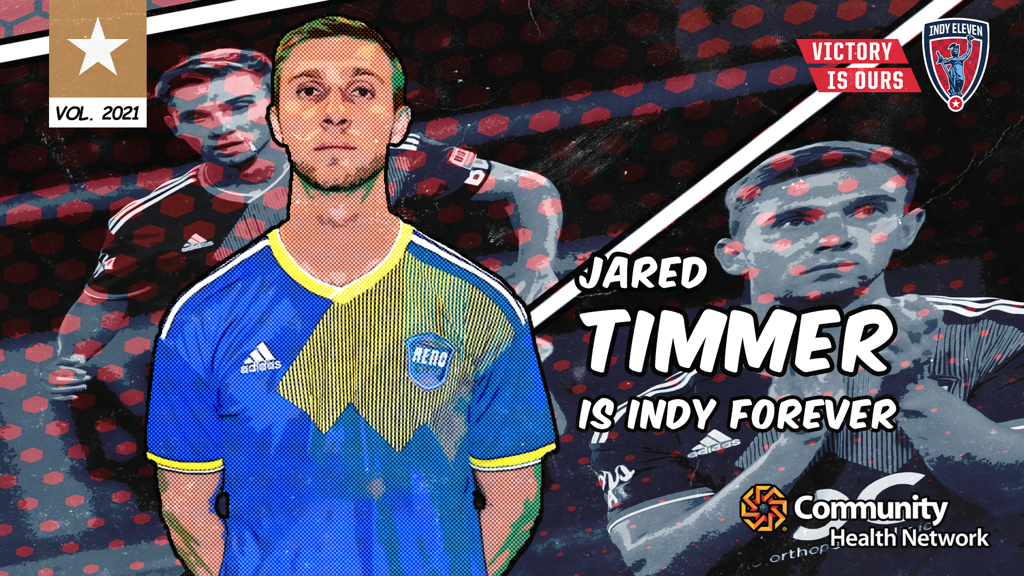 Indy Eleven continued to build upon its connections with Indiana’s top collegiate programs with today’s signing of Butler University product and ex-Reno 1868 FC defender Jared Timmer. Terms of the contract that brings the second-year professional back to the Circle City will not be disclosed.

With his signing, Timmer becomes the 11th player confirmed to the roster for Indy Eleven’s 2021 campaign:

Discussions with additional players from last season’s squad are ongoing, as are new player acquisitions. The club will make more roster transactions official in the coming weeks and into early 2021. To keep track of Indy Eleven’s roster as its fourth campaign in the USL Championship approaches, visit indyeleven.com/2021-roster.

“I want to thank Indy Eleven for giving me this opportunity,” said Timmer. “I look forward to getting out on the pitch and doing whatever it takes to win games and bring a championship to this great city.”

Fans can hear more reaction from Timmer when he joins host Greg Rakestraw on tomorrow’s edition of Soccer Saturday, airing live on 107.5/93.5 The Fan at 9:00 a.m. and available for download afterwards on most popular podcast platforms.

The 23-year-old Timmer made an immediate impact during his rookie season in Reno, starting 11 of his 15 appearances for the USL Championship side, including both of the club’s appearances in the Western Conference Playoffs. Timmer ended the season with one assist and finished amongst the squad’s leaders with 33 clearances (2nd), 20 aerial duels won (3rd), 12 blocks (3rd), 24 interceptions (4th) and 13 tackles won (4th) from his center back position.

“Jared is a player we kept tabs on during and after his time at Butler, and we are thrilled to bring him back to Indianapolis after he performed quite well during his rookie season,” said Indy Eleven Head Coach Martin Rennie. “While he played a lot as a defender last year he was a standout midfielder in college, and we expect that versatility will allow him to compete for minutes at multiple spots on the field for us in 2021.”

The native of Hudsonville, Mich., called the Butler Bowl home from 2015-19 and was a starter for Head Coach Paul Snape’s side since the day he stepped on campus, scoring six times and contributing 13 assists – including a BIG EAST Conference leading nine helpers in 2016 – in 66 appearances. A three-year captain, Timmer was an All-BIG EAST First Team and All-Tournament Team selection in 2016 and helped the Bulldogs reach the NCAA Men’s College Cup postseason in 2016, 2017 & 2019.

This will not be Timmer’s first experience with the Indy Eleven organization, as he spent time as a Business Development Intern with the club in 2019 prior to graduating from Butler’s Lacy School of Business later that year with degrees in Marketing and Risk Management & Insurance.

Want to watch Jared and the rest of the Boys in Blue in action in 2021? Limited edition Holiday Gift Packs featuring ticket vouchers and $25 deposits for 2021 Season Ticket Memberships are now available! Learn more and secure seats for next season by visiting indyeleven.com/tickets or calling 317-685-1100.