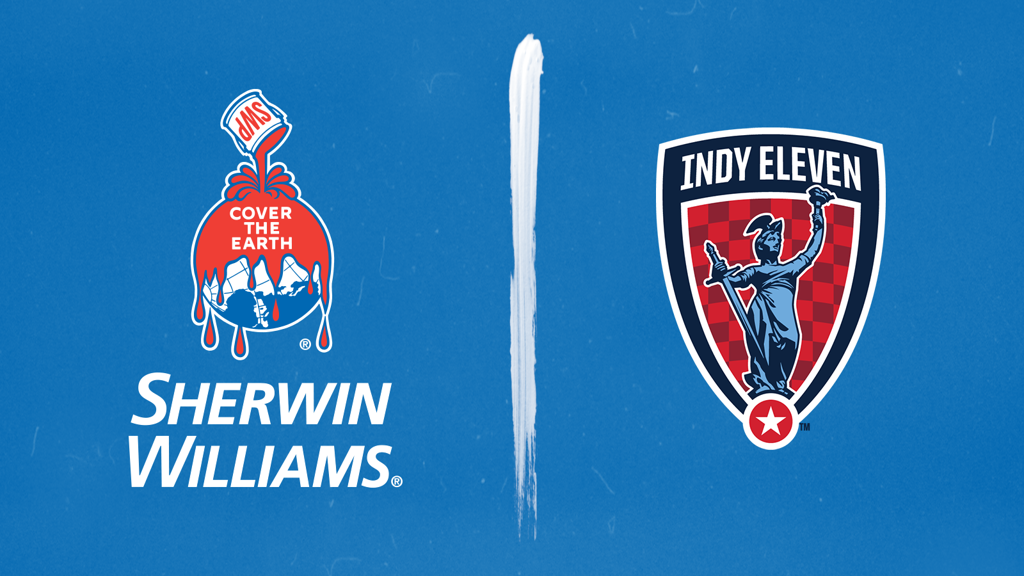 Indy Eleven added to its growing list of Corporate Partners ahead of the 2021 season with today’s announcement that Sherwin-Williams has become the “Official Paint Provider of Indy Eleven.”

Since its founding in 1866, the Cleveland-based Fortune 500 company has established itself as an industry leader in paints and coatings, growing to include more than 4,400 neighborhood locations across North America and stores in 120 countries worldwide. The nation’s largest specialty retailer of paint and painting supplies features more than 25 stores in the Indianapolis metro area and dozens more across the Hoosier State.

Sherwin-Williams will be featured as the “Official Paint Provider of Indy Eleven” in numerous promotional avenues including, but not limited to: on-field and in-stadium signage, commercial inventory on local television and national/international streaming video broadcasts, advertisements in the club’s official Victory gameday program, placements on the team’s official website, and more.

From do-it-yourself tasks around the house to large-scale commercial enterprises and everything in between, Sherwin-Williams offers the exceptional products and personalized service to help get your project done right. For more information, including how to find the location nearest you, visit sherwin-williams.com.