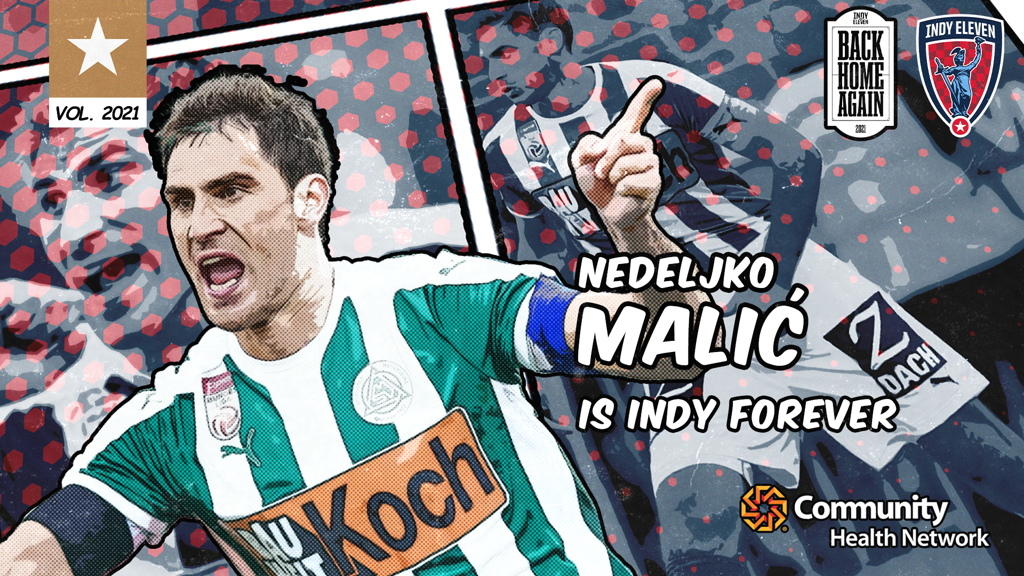 Indy Eleven kicked off a busy week of player signings with today’s addition of defender Nedeljko Malić [neh-DELGE-co  MAL-itch] to the 2021 roster. Details of the contract that brings the dual citizen of Bosnia & Herzegovina and Austria to the Hoosier State will not be revealed.

“I am really proud to join the Indy Eleven family, and cannot wait until I am able to arrive and start the new season,” said Malic.

“We are very happy to add Nedeljko Malić to our roster. He has had an outstanding career in the Austrian Bundesliga, where he was the captain and defensive linchpin for his club,” said Indy Eleven Head Coach Martin Rennie. “Nedeljko will bring defensive organization, height, and power to our team along with great leadership capabilities.”

Indy Eleven will introduce a new member of the Boys in Blue every day for the remainder of this week, with additional signings to be confirmed throughout February. Indiana’s Team will kick off its 2021 preseason camp at Grand Park in Westfield beginning in early March.

Indy Eleven is just the second professional stop for the 32-year-old Malić, who spent his previous 15 seasons with Austrian side SV Mattersburg from 2005-20. The towering 6’4” center back logged 13 of those campaigns in the Austrian Bundesliga (first division) and tallied 23 goals and 11 assists across 329 matches for Mattersburg in official Austrian league and cup competitions.

After spending his youth playing days with hometown side BSK Banka Luka, Malić also represented Bosnia & Herzegovina at the Under-21 National Team level, appearing in 10 contests between 2008-09. Malić became a dual national in 2014 when he officially became an Austrian citizen, this after he had already spent nearly a decade plying his trade in his newly adopted home country.

Want to watch Nedeljko and the rest of the Boys in Blue when they return to IUPUI’s Carroll Stadium in 2021? A limited number of Season Ticket Memberships are now available and can be secured starting at just $170 by visiting indyeleven.com/tickets or calling 317-685-1100.