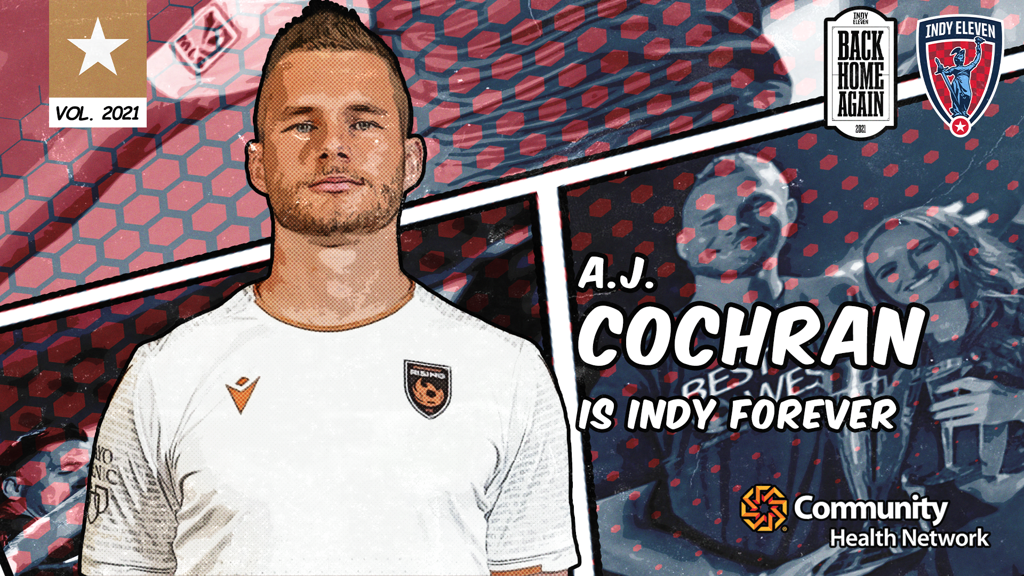 Indy Eleven continued to add to its roster in advance of the 2021 season with today’s signing of MLS and USL Championship veteran defender A.J. Cochran. Details of the contract that brings the Saint Louis native to the Circle City will not be released, per club policy.

“I’m extremely excited to join such an amazing organization. Speaking with [Head Coach] Martin Rennie and the staff about their goals for the future of Indy Eleven and the type of talent they were bringing in was all I needed to hear,” stated Cochran. “On top of that, getting to play in front of such an incredible fan base made my decision an easy one. I can’t wait to get out there with my new teammates and help bring trophies to our amazing club and fans.”

“A.J. Cochran is a player who knows what it takes to be successful in the USL Championship. His experience should be incredibly valuable to our squad,” Rennie said. “We look forward to A.J.’s contributions on the backline and in the clubhouse this season.”

Indy Eleven’s roster now stands at 18 players, and more new Boys in Blue will be set to join the club in the coming weeks leading up to the start of preseason camp at Grand Park in Westfield in early March:

The recently-turned 28-year-old began his professional career with Major League Soccer’s Houston Dynamo, which selected the University of Wisconsin product in the first round of the 2014 MLS SuperDraft. Cochran saw heavy minutes as a rookie in 2014, registering 19 appearances (14 starts), and saw action in seven more MLS regular season matches in 2015 before being loaned to the Championship’s Charleston Battery.

Cochran was a lineup mainstay in the Championship for Atlanta United 2 in 2018 and his hometown Saint Louis FC squad in 2016-17. In total, the 28-year-old has scored three goals and added eight assists across 118 Championship appearances since 2015.

Want to watch Cochran and the rest of the Boys in Blue when they return to IUPUI’s Carroll Stadium in 2021? A limited number of Season Ticket Memberships are now available and can be secured starting at just $170 by visiting indyeleven.com/tickets or calling 317-685-1100.