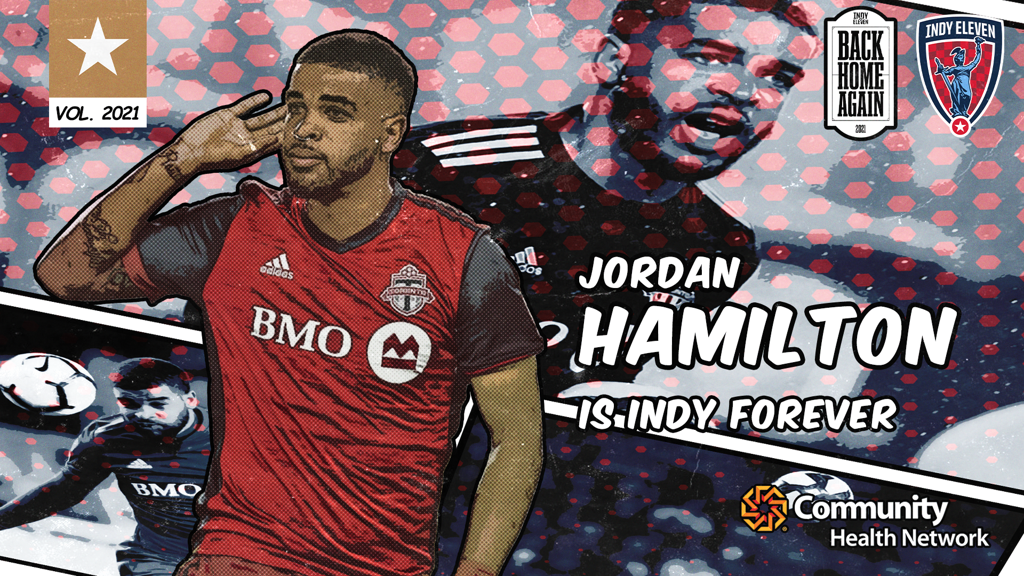 Indy Eleven added a forward with title-winning credentials with today’s signing of two-time MLS Cup champion Jordan Hamilton. Entering the prime of his career at the age of 24, Hamilton has already lifted six trophies and scored 37 goals in 135 appearances across all competitions during his seven previous professional campaigns.

Details of the contract that brings the MLS veteran from Toronto FC and defending MLS Cup victor Columbus Crew to the Hoosier State will not be released, per club policy.

“I’m excited to come to Indy Eleven and want to thank Martin Rennie and Ersal Ozdemir for the opportunity. Martin and I have been in contact over the years and I feel he is the right coach for me, and now is the time in my career to be relied upon,” explained Hamilton. “I have heard great things about the fan base, and I hope my goal scoring ability and winning mentality will contribute to a memorable season for them and the club.”

After signing with Toronto FC as a 17-year-old Homegrown player in 2014, Hamilton bagged 11 goals in 54 MLS regular season games and added three more tallies in nine Canadian Championship contests. Hamilton was a member of Toronto FC’s historic 2017 treble-winning (MLS Cup, MLS Supporters Shield & Canadian Championship) side – widely regarded as one of the best teams in MLS history – and also collected Canadian Championship trophies in 2016 & 2018. A midseason trade in 2019 sent Hamilton to Columbus Crew SC, which he helped to a second MLS Cup title for himself and the club at the end of the 2020 season.

“Jordan Hamilton is a dynamic, powerful striker who has played for two of the best teams in Major League Soccer throughout his career,” Indy Eleven Head Coach Martin Rennie exclaimed. “He is an experienced goal-scorer who knows what it takes to contribute to a team that lifts trophies at season’s end, two attributes you can never have in enough supply on your roster.”

Hamilton spent part of each of his first five seasons on loan in the USL Championship, beginning with the Wilmington Hammerheads in 2014 (11 games, five goals) and followed by Toronto FC II from 2015-2019. He emerged as a prolific scorer across the 2017 (five goals, nine games) and 2018 (10 games, eight goals) seasons, and has tallied 16 goals in 43 Championship contests.

The native of Scarborough, Ontario, represented Canada at the 2013 FIFA U-17 World Cup in the United Arab Emirates, where he scored two of his team's three goals in three group-stage matches. He also represented Canada at the 2011 Concacaf U-17 Championship and the 2013 Concacaf U-17 Championship, and was called into Canada’s senior squad camp ahead of his full international debut vs. Colombia on October 14, 2014. He's made two appearances for the full Canadian national team.

Indy Eleven’s roster now stands at 19 players, and more new Boys in Blue will be set to join the club in the coming days leading up to the official start of preseason camp at Grand Park in Westfield:

Want to watch Hamilton and the rest of the Boys in Blue when they return to IUPUI’s Carroll Stadium in 2021? A limited number of Season Ticket Memberships are now available and can be secured starting at just $170 by visiting indyeleven.com/tickets or calling 317-685-1100.