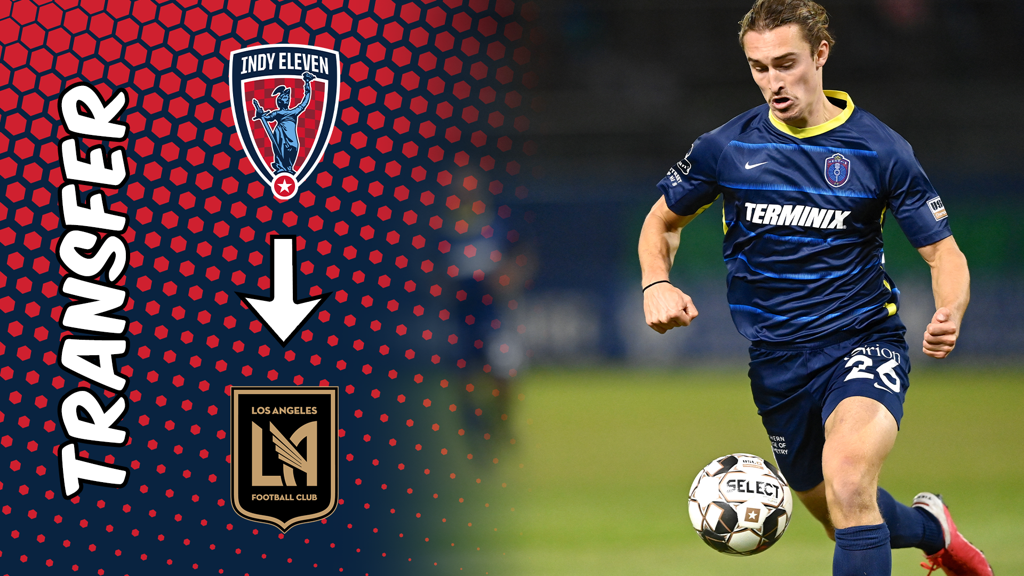 INDIANAPOLIS - Indy Eleven continued its trend of transferring talent to the ranks of Major League Soccer with today’s acquisition of forward Cal Jennings by Los Angeles Football Club (LAFC). Per club policy, terms of the transfer deal will not be disclosed.

The 23-year-old Jennings is the fourth member of Indiana’s Team to be acquired via transfer by an MLS side in recent months, joining Tyler Pasher (Houston Dynamo FC), Evan Newton (Vancouver Whitecaps FC), and Josh Penn (Inter Miami FC).

“Being involved in the transfer market has been a priority this offseason. The fact that so many of our players are earning opportunities with MLS clubs is a huge positive for the organization,” said Indy Eleven Head Coach Martin Rennie. “Cal is a tremendous talent, and we wish him all the best moving forward.”

Jennings signed with Indy Eleven last December, this after the University of Central Florida product notched nine goals and one assist across 14 appearances (five starts) during his rookie season with Memphis 901 FC in 2020.

With the team’s 2021 preseason now officially underway at Grand Park in Westfield, Indy Eleven’s roster currently sits at 22 players, split evenly between new and returning (11) members. The roster as it now stands:

Want to watch Indiana’s Team when it returns to IUPUI’s Carroll Stadium in 2021? A limited number of Season Ticket Memberships are now available and can be secured starting at just $170 by visiting indyeleven.com/tickets or calling 317-685-1100.