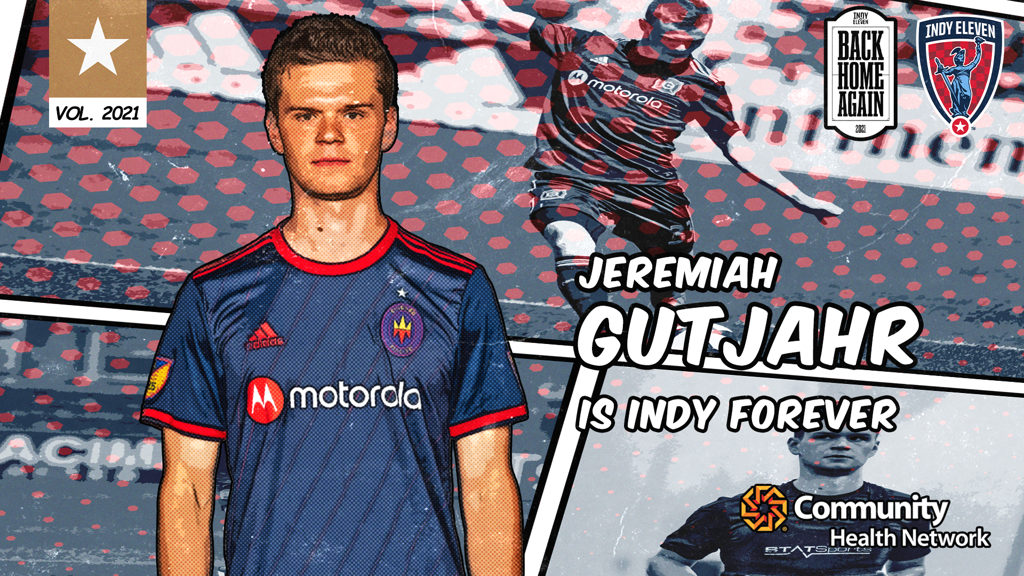 In other player transaction news, Indy Eleven announced that midfielder Mitch Guitar has been acquired via transfer by Memphis 901 FC.

Gutjahr joined Indiana’s Team on the heels of two seasons with Chicago Fire FC, which made him an MLS Homegrown signing in January 2019 following the end of his collegiate career. The 23-year-old logged over 500 minutes and tallied one assist at the MLS level during his rookie campaign in 2019.

Internationally, Gutjahr spent time with the U-18 and U-20 U.S. Men's National Teams, earning three caps for the latter in early 2017 en route to helping the U.S. claim its first U-20 Concacaf Championship.

Gutjahr played four seasons at Indiana University from 2015-18, starting 61 of his 71 appearances. In 2018, Gutjahr appeared in all 24 matches (23 starts) for the Hoosiers, who were ranked No. 1 in the nation in his senior year. In his final season, Gutjahr helped lead the Hoosiers to the most shutouts (15) in the NCAA, the second-most single season wins (20) in program history, the Big Ten regular season championship, the Big Ten Tournament championship, and a Semifinal berth in the 2018 Men’s College Cup.

“We are happy to bring another talented player with Indiana roots back home,” said Indy Eleven Head Coach Martin Rennie. “His versatility and feel for the game can help us in several spots across the midfield.”

Guitar was a late addition to the Eleven roster in 2020, signing on with Indiana’s Team for the final weeks of last year’s USL Championship regular season run on September 21.

“We thank Mitch for his time with the squad and wish him all the best as he continues his career in Memphis,” said Rennie.

Indy Eleven’s roster remains at 22 players, with at least one more signing set to join the squad this week as it continues preseason camp at Grand Park in Westfield. The roster as it currently stands:

Want to watch Indiana’s Team when it returns to IUPUI’s Carroll Stadium in 2021? A limited number of Season Ticket Memberships are now available and can be secured starting at just $170 by visiting indyeleven.com/tickets or calling 317-685-1100.