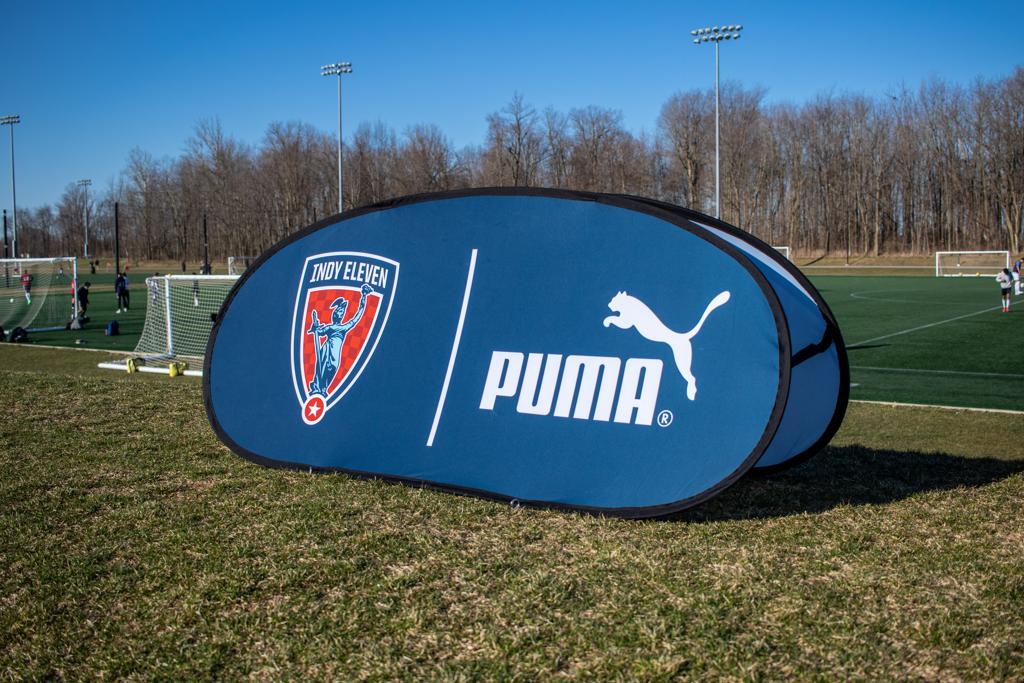 It was a hopeful sign of the continued return of sports to Indianapolis as Indy Eleven hosted the club’s third open tryout in as many years last Saturday and Sunday at Grand Park Sports Complex in Westfield. Over the course of two days, over 225 athletes safely gathered at the multisport complex to compete for a chance at a professional contract.

“It was an excellent event with a lot of talented players. The standard was high in the games and they were fun to watch,” said Indy Eleven Head Coach Martin Rennie. “There were a lot of good players there, a couple of guys that we’re looking to bring into preseason training and hopefully some players that will get a chance with some of the other teams that were in attendance.”

The tryouts could end up growing the game in the Hoosier State outside of Indy Eleven, as fellow USL umbrella clubs Fort Wayne FC (League 2) and South Bend Lions (League 2) had talent scouts present. USL clubs weren’t the only ones keeping an eye on the action, as Detroit City FC (NISA), Old Bhoys (OVPL) and FC Indy City (UPSL) staff hovered along the sidelines.

The structure of the open tryout was broken up into different styles of play over the course of the two-day event. Day One – Saturday – players arrived at 10:00 a.m. for 36, 9v9 games spanning across three fields – each player guaranteed at least two scheduled games, but many players picking up additional minutes throughout the day as substitutes for those that needed a break.

In addition to those small-sided games, a new chance to showcase players’ abilities at this year’s tryouts came via a partnership with Westfield-based soccer development facility Sogility, which offered additional skill-testing opportunities between games.

“When players were resting, they were able to get some testing in and we had access to data that we could analyze, which was helpful for us as we looked at the players and saw a different perspective of them as athletes,” Rennie said. “Those tests, especially the ones with the skills and on the ball were fun and the players were able to leave with meaningful data.”

While Day One offered more sporadic play and relationship building for the attendees, Day Two was condensed down to seven, 80-minute 11v11 fixtures. The Sunday slate kicked off at 9:00 a.m., with two games running every hour and a half.

Although interest in Indy Eleven’s open tryouts continues to spread – prospects traveled from 34 different states and internationally from as far as Turkey, Canada, and Greece – operational restrictions due to COVID-19 protocols ultimately put limit on those who could attend. However, Rennie believes this year’s record attendance sees the club’s focus on development moving in the right direction, hopeful that additional opportunities will become viable later in the year and in future seasons.

“We’re one of the few clubs that have signed players from our open tryouts,” Rennie said. “Players from all over the globe know that if they get the chance to come here, they get a fair chance to show what they can do and we’ll really look at them as a possible player. That’s something we’ll continue to grow.”

Week Three of Indy Eleven’s preseason is coming to a close, but with majority of the current roster now reporting to training camp and players from open tryouts also filling in, preparations for the 2021 USL Championship season are just getting started.

Want to watch the Boys in Blue take on their USL Championship Central Division foes at “The Mike” throughout 2021 – including both home LIPAFC rivalry showdowns against Louisville City FC? A limited number of Season Ticket Memberships at Carroll Stadium remain available and can be secured starting at just $170 by visiting indyeleven.com/tickets or calling 317-685-1100.