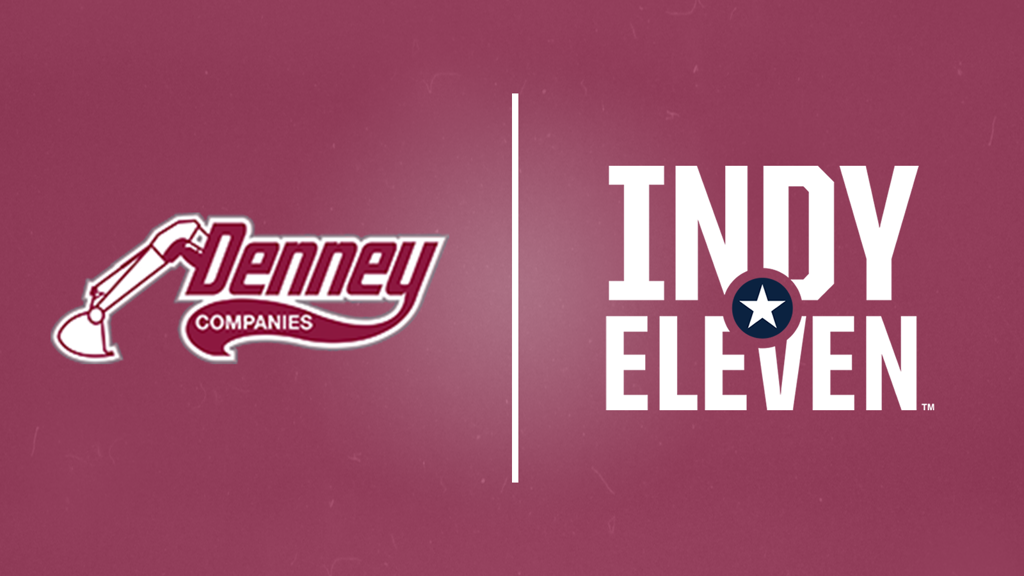 INDIANAPOLIS (Thursday, April 1, 2021) – An “Eleven Original” is back with Indiana’s Team with today’s announcement that Denney Companies will continue as an Indy Eleven Corporate Partner for the 2021 season. Denney Companies has been a part of the Eleven family since the squad’s inaugural season of 2014, with this year marking their eighth as an official partner of the organization.

“Indy Eleven greatly appreciates Denney Companies for their continued support,” said Indy Eleven President & Chief Executive Officer, Greg Stremlaw. “The backing of the local business community has been vital to our success through the years, and we thank Denney Companies for consistently being a part of that equation. We look forward to celebrating another season alongside the Denney family once again in 2021.”

Since beginning his company as Denney Excavating in 1990, Founder Randy Denney and his dedicated crew of skilled heavy equipment operators have used their years of experience in the industry to grow Denney Companies into the most qualified demolition company in Indiana. Learn more about the range of services Denney Companies provides – including environmental services, transportation, and recycling – at www.denneycompanies.com.

“We are so proud to continue to be one of the founding sponsors of Indiana’s Team, Indy Eleven,” said Lora Denney, General Manager of Denney Companies. “We are beyond excited to make the move with the club back to its original home of Carroll Stadium and look forward to another exciting year with Indy Eleven!”

In conjunction with the partnership, Denney Companies will be featured via numerous Indy Eleven promotional avenues including, but not limited to: on-field and in-stadium signage, commercial inventory on local television and national/international streaming video broadcasts, advertisements in the club’s official Victory gameday program, and placements on the team’s official website, indyeleven.com.

To see the growing roster of Indy Eleven Corporate Partners for the 2021 season, visit indyeleven.com/corporate-partners.

Want to watch Indiana’s Team throughout the 2021 season at Carroll Stadium, beginning May 8 vs. FC Tulsa? A limited number of Season Ticket Memberships remain available and can be secured starting at just $170 by visiting indyeleven.com/tickets or calling 317-685-1100.

Since its launch on January 16, 2013, Indy Eleven’s mission – “To win championships with and for the community” – has stayed true to its aim of fielding a team that represents the State of Indiana proudly on and off the field. The 2021 season will mark Indy Eleven’s eighth year of play overall and fourth season in the United Soccer League Championship, a 31-team professional soccer league based across the United States. In January 2017, Indy Eleven submitted a bid for an expansion franchise in Major League Soccer (MLS), the First Division of pro soccer in the United States and Canada as recognized by U.S. Soccer.

Locally owned and operated, Denney Companies has been in business for over 30 years. Denney Companies is one of the largest demolition companies in Indiana. From start to finish, including hauling, concrete crushing, and reuse of concrete for backfill and base, all aspects of demolition can be performed. The company has skilled operators and laborers with experience tearing down abandoned houses, commercial properties, large industrial complexes, and more. Above all, recycling as much ferrous metal, non-ferrous, concrete, brick, and asphalt is a priority for our company. Learn more about our services at www.denneycompanies.com.