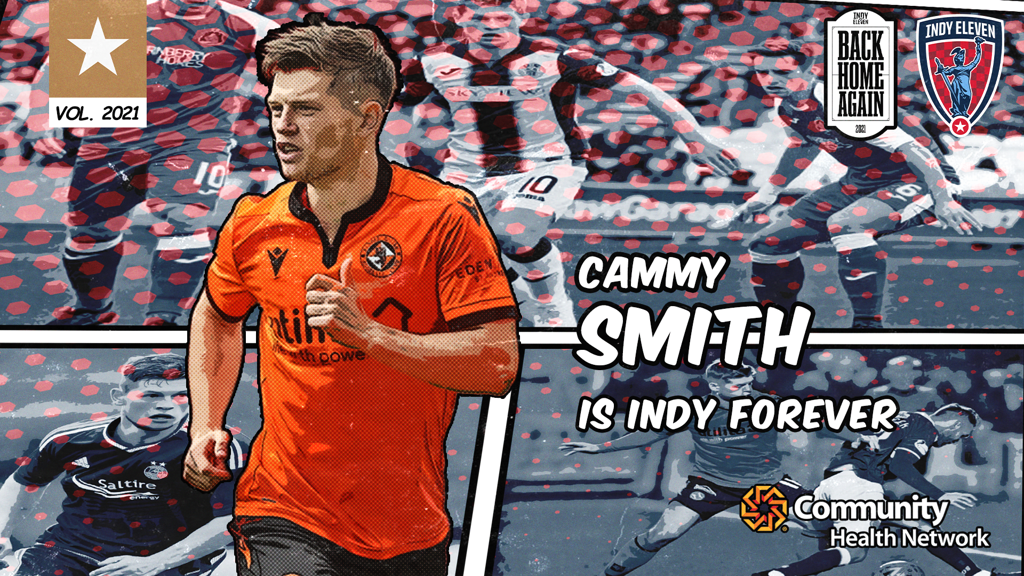 INDIANAPOLIS – Indy Eleven continued to add to its attack for the 2021 USL Championship season with today’s addition of forward Cammy Smith. Terms of the contract that bring the Scottish striker stateside will not be released, per club policy.

“I’m really excited to come to Indy Eleven and to get a different experience, both in football and off the field in America as well,” explained Smith. “I looked at coming to the U.S. last year with another club, and ever since then I’ve been following football in the States more closely with an eye on making a move. In talking with Coach [Martin] Rennie during the process, he came across well and made this an opportunity I felt couldn’t turn down. Now that it’s done I’m excited to come over and get started with the squad.”

The 25-year-old Smith joins Indy Eleven after making 251 appearances for clubs across the top tiers of Scottish and Irish football, during which he bagged 36 goals and added 33 assists from spots across the forward and midfield lines.

“Cammy Smith is another player who brings an abundance of versatility and experience into our club despite just entering the prime of his career,” said Indy Eleven Head Coach Martin Rennie. “He has proven to be equally adept at providing the final pass and finishing chances for himself, and we look forward to seeing what he can add to our dynamic attacking corps in 2021.”

Smith’s addition puts Indy Eleven at 24 players under contract exactly one month away from its 2021 USL Championship opener at Birmingham Legion FC on May 1. The roster as it currently stands:

Want to watch Indiana’s Team when it returns to IUPUI’s Carroll Stadium starting Saturday, May 8 vs. FC Tulsa? Securing one of the limited number of 2021 Season Ticket Memberships remaining is the only way at this time to save your spots for that match and Indy Eleven’s other 15 home contests at “The Mike.” Learn more and purchase a Season Ticket Membership for as $170 by visiting indyeleven.com/tickets or calling 317-685-1100.